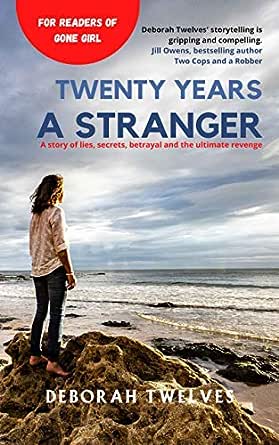 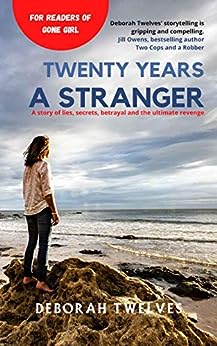 4.7 out of 5 stars
4.7 out of 5
152 global ratings
How are ratings calculated?
To calculate the overall star rating and percentage breakdown by star, we don’t use a simple average. Instead, our system considers things like how recent a review is and if the reviewer bought the item on Amazon. It also analyses reviews to verify trustworthiness.

Amazon Customer
5.0 out of 5 stars Amazing
Reviewed in Australia on 19 August 2020
Verified Purchase
This book is truly amazing . An easy read that leaves you wanting more !!! I just didn’t want the book to end .
Read more
Helpful
Report abuse

marnie | once upon a time book blog
TOP 50 REVIEWER
5.0 out of 5 stars A brilliant read!
Reviewed in Australia on 4 December 2020
Sometimes if you are are really lucky, you find a book that captivates you in such a way, that the moment that you finish reading it, you almost wish you hadn’t started it so that you could experience it again for the first time. Twenty Years a Stranger is that book for me.

Deborah Twelves brings us a story that we only ever imagine could happen to someone else. I think that we like to believe that we can see deceit in others and that we are wise enough to not be fooled. But what would it mean to you to find out that the thing that you thought was the truest in your life, the rock on which you have built your world, was crumbling sand and lies.

The cast of characters assembled are very well developed and are vividly brought to life. Deborah Twelves brings to us one of the most despicable human beings in the form of Daniel, a master of lies and deceit. Walter Scott could easily have had this story in mind when he said “What a tangle web we weave, when first we practice to deceive”. In this story the web is seriously complex and the deception, mind boggling.

As a debut, Deborah Twelves has nailed it! Everything about this book is on point. It has been extremely well plotted, masterfully executed and beautifully written. I am not sure what drew Deborah Twelves to write this book at this point in time, but I am so grateful that she did. She has an extraordinary gift for story telling and is an exciting new voice in the literary world.

I absolutely loved Twenty Years a Stranger and it is one of my best reads for 2020! If you have not read this book, you need to add this to your TBR immediately! It is definitely a brilliant start to the series and I can’t wait to see where Deborah Twelves takes it next. Please don’t keep us waiting too long!

Barbara S.
5.0 out of 5 stars Wow, just wow! A stunning debut novel.
Reviewed in the United Kingdom on 4 August 2020
Verified Purchase
Strap yourself in for this one - it’s quite a read. Totally gripping from start to finish and unputdownable. As pure fiction it would be a rollicking read but knowing that it’s based on true events, leaves you breathless to know what happened next. The protagonists strength and tenacity in seeking out the truth about the depths of her husbands deceit is remarkable in the face of the devastation of learning that her 20 year marriage was a sham. As the story twists and turns you will find yourself hooked until the very end. Remarkable.
Read more
2 people found this helpful
Report abuse

Mrs S
5.0 out of 5 stars Couldn't put it down!
Reviewed in the United Kingdom on 30 August 2020
Verified Purchase
A friend told me about this book and I'm so glad he did, what an amazing story. It's beautifully written, easy to read and even more incredible for being based on the true story of the authors life. I downloaded the Kindle sample, read it, loved it and before I'd even finished that, I'd bought the rest of the book; it gripped me from the very start & is one of those rare books that I found I simply couldn't put down.
I am now eagerly awaiting the next two books in the series!
Read more
One person found this helpful
Report abuse

AnneG
3.0 out of 5 stars Interesting story and apparently it's true
Reviewed in the United Kingdom on 7 December 2020
Verified Purchase
The story was an interesting one which took sometime to gain momentum. Was this the first book written by this author as it felt like it and there was a bit too much description of items, ie their 'labels'. Definitely written by someone who knows the sailing fraternity!!I

It implies there will be other books on this theme and I'm not sure how much you can move this forward without getting ridiculous. To be honest the end was good but I'm not sure a follow on would work. But, maybe it would for those that like Coronation Street/Eastenders.
Read more
Report abuse

Twowheels
5.0 out of 5 stars Utterly compelling
Reviewed in the United Kingdom on 1 November 2020
Verified Purchase
Couldn't believe what horrendous experiences Grace went through. From discovering her husband's multiple betrayals, to her ordeal in the divorce court and the further financial shocks from her utterly duplicitous ex...to know that this is based on a true story is shocking beyond belief. But hats off to the author for writing such a compelling book..very well written, pacey, factual, a real page turner.
Read more
Report abuse

Mrs Sian D.
5.0 out of 5 stars A true page turner
Reviewed in the United Kingdom on 5 August 2020
Verified Purchase
Definitely a must read, a true page turner that I couldn’t put down, you honestly couldn’t make this up, I always found Daniel to be a bit of a “creap” but never for one second imagined he could have been capable of this amount of deception.... this book is full of twists and turns, highly recommend.
Read more
2 people found this helpful
Report abuse
See all reviews
Back to top
Get to Know Us
Make Money with Us
Let Us Help You
And don't forget:
© 1996-2021, Amazon.com, Inc. or its affiliates