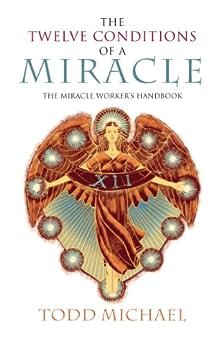 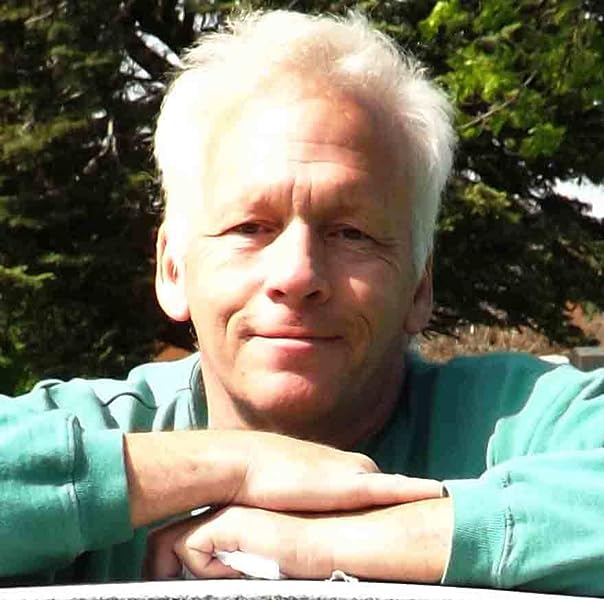 The Twelve Conditions of a Miracle: The Miracle Worker's Handbook Kindle Edition

?One of the most important books to emerge this decade. This book can help you shatter your barriers and elevate you to a new level of power and freedom.?
?K. Wind Hughes, coauthor of "Daughters of the Moon, Sisters of the Sun"

aOne of the most important books to emerge this decade. This book can help you shatter your barriers and elevate you to a new level of power and freedom.a
aK. Wind Hughes, coauthor of "Daughters of the Moon, Sisters of the Sun" --This text refers to the paperback edition.

Todd Michael, D.O., served as a medical director of an emergency room and Level III trauma center. He is the author of twelve books, including The Hidden Parables and The Evolution Angel. Todd writes, works as a life coach, and lectures extensively. --This text refers to the paperback edition.
Read more

Todd Michael is the retired medical director of a level III trauma center and ER in Colorado. He practiced medicine in Colorado for 20 years. He received his BS and post-graduate training in Psychology and Philosophy from Iowa State University and his medical doctorate from Des Moines University, College of Osteopathic Medicine and Surgery in 1987. He was certified in both Advanced Trauma and Cardiac Life Support, held privileges at 12 different medical centers and ERs in Colorado through his career, and was accepted to the Mensa Society in 1985. He had extensive speaking experience on &quot;the circuit&quot; at scores of venues and radio shows, and is the author of over 12 books.

During his career he had a number of very private but transformative spiritual experiences while serving badly injured and dying patients, which he describes in detail in his first book, The Evolution Angel. His second two books, The Twelve Conditions of a Miracle and The Hidden Parables are based on meticulous retranslations of critical passages in the synoptic gospels. Delving into the original Greek texts, Michael found &quot;standard translations&quot; lacking in depth, and complexity. Rich layers of additional information were found &quot;hidden&quot; beneath the archaic medieval translations, insights which are surprisingly consistent with cutting-edge modern spirituality and even science, particularly the enigmatic &quot;quantum mysteries&quot; that have stymied scientists for decades. His style is clear and easy to read, and the approach wholly practical rather than theoretical. Each chapter contains a wealth of information on what to actually DO with the information revealed.

The author was disabled by an automotive accident and related complications and has since retired in his hometown of Ames, Iowa. He is a painter, and enjoys playing classical piano, primarily the French Impressionists. His greatest passion is for Golden Retrievers. He is very close to his son, Julian Todd Michael, 26, an aerospace engineer at Ball Aerospace in Boulder, to Julian's mother, Lora Michael, as well as to his own mother, &quot;Grandma Nancy,&quot; a vigorous 93 year-old also retired in Ames.

4.6 out of 5 stars
4.6 out of 5
52 global ratings
How are ratings calculated?
To calculate the overall star rating and percentage breakdown by star, we don’t use a simple average. Instead, our system considers things like how recent a review is and if the reviewer bought the item on Amazon. It also analyses reviews to verify trustworthiness.

Shikkha
5.0 out of 5 stars Must read for Miracle-workers
Reviewed in India on 3 August 2016
Verified Purchase
A very good hand book that breaks down the big concepts in to actionable steps that can turn around your thoughts and your life. Each condition is supported by great examples. Overall, a must read for anyone who wants to start work in being a miracle-worker. Totally enjoyed reading..
Read more
Report abuse

Brian R. Roadhouse
5.0 out of 5 stars Guaranteed miracles .. for others !!
Reviewed in Canada on 9 October 2017
Verified Purchase
Imagine if we could all do a miracle .. for someone else. So .. read it and you will be able to .. I guarantee it !!
Read more
Report abuse

Donald J. Simon
5.0 out of 5 stars transformational powerful read it four times
Reviewed in the United States on 16 March 2020
Verified Purchase
I reailze the wisdom and power of the principles in this book need to be practiced every day. I ordered a few extra copies so I have in each room I spend the most time, so it is in sight and accessable. I have done two types of healing work for over ten years. This book of his can be used by anyone at anytime, not just when a crises occurs. Best book I have read on miracles. His Hidden Parables book is great also, yet this book is at the top.
Read more
2 people found this helpful
Report abuse

Phyllis Staff
5.0 out of 5 stars Are You Ready for a Miracle?
Reviewed in the United States on 18 February 2005
Verified Purchase
One of the hallmarks of a creative mind is the ability to reframe the ordinary and familiar, to rethink the things we are certain we know well, and represent them in new and intriguing perspectives. Todd Michael has the gift of creativity.

In "The Twelve Conditions of a Miracle," Michael reconsiders the story he calls the Alpha Passage. It's a story any Christian can easily recount - the miracle of the loaves and the fishes. Michael asks if Jesus, a great teacher who said we would do more than he did, demonstrated a clear and concrete method we could use to become miracle workers. He answers his question compellingly by returning to the original Greek to reexamine the miracle from the perspective of the original writer. We learn much from this not-so-simple exercise. A wealth of meaning appears in the original that has been lost in the versions we are more accustomed to reading.

Michael's twelve conditions are merely a literary device, for each condition is expressed in a larger number of stand-alone actions. Having mastered them all, the reader would indeed become a miracle worker. But by simply beginning, I have seen miracles occur in my own life.

The cadence of "The Twelve Conditions of a Miracle" is uneven and even unsettling. Michael draws the reader into his subject slowly, systematically building the evidence for his case early on. By contrast, latter portions of the book seem rushed, less well-considered. However, it's easy to overlook such flaws because this is a book to savor - slowly, deliciously.

Will it work for you?

Just reading this book is not enough to change your life. Your results depend on whether and to what extent you put its principles into action.

It could take a lifetime to master all that's in this little book. It's well worth your time.

"128 Ways to Prevent Alzheimer's and Other Dementias"

Read more
25 people found this helpful
Report abuse
See all reviews
Back to top
Get to Know Us
Make Money with Us
Let Us Help You
And don't forget:
© 1996-2021, Amazon.com, Inc. or its affiliates