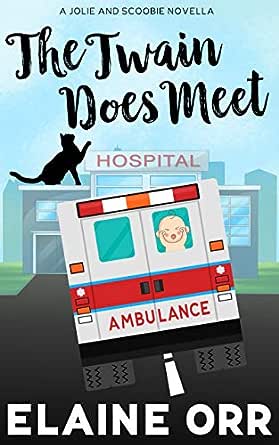 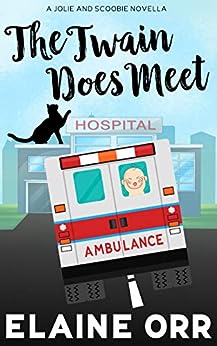 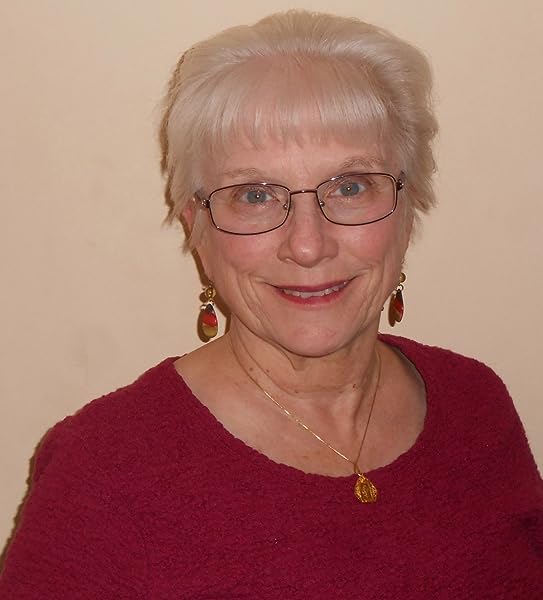 "The Twain Does Meet" is a between-the-numbers book in the Jolie Gentil series, and while there are joys and problems to discover it's not a traditional cozy mystery. In book 10 (The Unexpected Resolution) Jolie solves a murder, she and Scoobie get married, and they gain a new family member--Scoobie's much-younger half-brother. Book 11 (Underground in Ocean Alley) takes place a few years later, and mystery solving is accompanied by their three-year old twins.

I promised readers they would have the story of the twins' birth an anything-but-calm event -- but it didn't seem right to mix it with a murder. So, we have a nearly 33,000 word novella that features laughs and angst with the Ocean Alley crew and more than a few surprises. A fun read with familiar characters.

Jolie and Scoobie have added 11-year-old Terry to the family mix. A pregnant Jolie is appraising houses preceded by what she calls her beach ball, and Scoobie's learned the hospital where he works may be cutting staff. Just as they are about to buy a bigger house.

But something's off at Ocean Alley Middle School. Terry's classmate, Eddie, accuses him of taking some cash from their shared locker, and Jolie tries to heed Scoobie's advice that Terry be allowed to handle some things himself. For Ms. "I need to solve that," it's a challenge. Plus, she's picking up signals that there might be problems in Eddie's home. Can she wak the difficult path between helping and meddling?

Jolie tries to balance running the Harvest for All Food Pantry, her work, helping Terry feel at home in Ocean Alley, worrying about Scoobie losing his job, and planning to be a mom. That's supposed to be a fun time, right? And lots of people have advice. Oh, joy.

Join Jolie, Scoobie, and their extended family and friends for a heartwarming time.

Jeanie Jackson
5.0 out of 5 stars A big win for fans of Jolie Gentile and a great read for those new to the series.
26 December 2019 - Published on Amazon.com
Verified Purchase
Elaine Orr hast done it again with this novella. I have loved this couple since long before they accepted that they were a couple. I love that in spite of the murder angle the characters are realistic. Real life has ups and downs. Some people mature and make better choices as they grow up. Some people never make that transition. Jolie and Scoobie may not always feel like they have made it, especially Jolie, but she gets a lot reminder her that she can do anything with the support that surrounds her. They have reached a major milestone and just like always, life doesn't go quite as expected, but even the unexpected turns can be great.The Twain Does Meet is a perfect example of the characters making the tale; there is no mystery and it is a wonderful book! The book is not related to Christmas, but it was released on the December 20th and reading it felt like opening an especially lovely gift from Jolie, Scoobie and Elaine Orr!

I love the mysteries, too.

Prairie House
5.0 out of 5 stars Warm and Fuzzy
25 January 2020 - Published on Amazon.com
Verified Purchase
A sweet story filling in the gaps between Scoobie and Jolie's other adventures. A good example of "Life is what happens while you're making other plans." Great characters as usual and the story gives a warm, fuzzy feeling with the importance of family and friends.
Read more

Elisabeth
5.0 out of 5 stars What a delightful gift from Elaine Orr
28 December 2019 - Published on Amazon.com
Verified Purchase
I've long thought that the Ocean Alley series feels like a visit catching up with old friends. And this little between the numbers catches us up beautifully. Thank you!
Read more
Go to Amazon.com to see all 3 reviews 5.0 out of 5 stars
Get FREE delivery with Amazon Prime
Prime members enjoy FREE Delivery and exclusive access to movies, TV shows, music, Kindle e-books, Twitch Prime, and more.
> Get Started
Back to top
Get to Know Us
Make Money with Us
Let Us Help You
And don't forget:
© 1996-2020, Amazon.com, Inc. or its affiliates