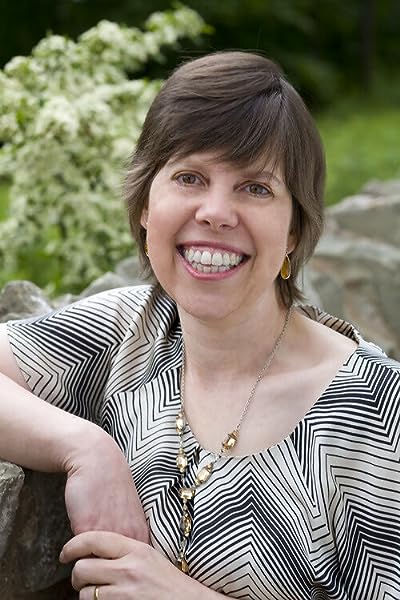 by Christina Hollis (Author)
3.6 out of 5 stars 11 ratings
See all formats and editions
Sorry, there was a problem loading this page. Try again.

Pre-order Anna Spiro: A Life in Pattern with Pre-order Price Protection Guarantee.
If the Amazon.com.au price decreases between your order time and the end of the day of the release date, you'll receive the lowest price. Click here to pre-order now
Start reading The Tuscan Tycoon's Pregnant Housekeeper on your Kindle in under a minute.

Best selling author Christina Hollis was born in Somerset, England, the elder of two children. The Careers department at school pointed her toward either nursing or teaching, but all she wanted to do was write. She escaped from school as soon as she could, and talked her way into a job in the financial sector.

She worked briefly in Marketing, but says; 'Numbers dance in my head, and not like sugar plums. Designing campaigns was all about figures, and used more spreadsheets than I could count!' Around this time, she met her husband on a blind date. They lived in the city for a while, but both wanted to get away to the peace and quiet of the countryside. After they moved to rural Gloucestershire, Christina began writing full time about country life. While producing articles for national magazines about keeping animals and growing food, she worked on full-length fiction in her spare time.

In 1990 her first full length novel, 'Knight's Pawn', was published by Harlequin Mills and Boon under the pen name Polly Forrester. After a career break to raise a family, Christina joined the award-winning poet Paul Groves' creative writing course. Here she discovered the art of the short story, and started writing contemporary romance. Her first Mills and Boon Modern Romance, 'The Italian Billionaire's Virgin' was published in 2007. Since then her books have appeared in lists of best sellers all over the world. 2015 sees the publication of her eighteenth novel, which is her first book for The Wild Rose Press; 'His Majesty's Secret Passion'.

'As well as romance, I like my books to capture the countryside in all its moods,' she says. 'Reading can take you to a completely different place and time. That's my idea of luxury--the chance to escape from the stress of everyday life.'

3.6 out of 5 stars
3.6 out of 5
11 global ratings
How are ratings calculated?
To calculate the overall star rating and percentage breakdown by star, we don’t use a simple average. Instead, our system considers things like how recent a review is and if the reviewer bought the item on Amazon. It also analyses reviews to verify trustworthiness.

MagHod
3.0 out of 5 stars Okay
Reviewed in the United Kingdom on 1 March 2017
Verified Purchase
A fair attempt, the storyline was quite good, but for some reason it couldn't really keep my attention. And the language used for the intimate scenes made me giggle, when I'm sure it shouldn't have. I mostly enjoyed it but it won't be on my 'to re-read' list.
Read more
Report abuse

Kindle Customer
2.0 out of 5 stars Price point is way to high
Reviewed in Canada on 10 April 2014
Verified Purchase
The story was okay, but I felt is was a waste of money.

booksavvy
1.0 out of 5 stars Just Bad
Reviewed in the United States on 14 November 2010
Verified Purchase
Bad storyline.Alessandro was ridiculously harsh for no apparent reason he knew she was innocent and he treated her like she did something wrong when he left her knowing she was a virgin meanwhile it was discussed in the book about his numerous affairs and Michelle just took it,usually these characters speak up for themselves a little bit this one did nothing but apologize(what was she saying sorry for?) and cry.Just a bad storyline.
Read more
One person found this helpful
Report abuse

me
5.0 out of 5 stars Five Stars
Reviewed in the United States on 5 September 2017
Verified Purchase
Excellent book
Loved it
Read more
Report abuse
See all reviews
Back to top
Get to Know Us
Make Money with Us
Let Us Help You
And don't forget:
© 1996-2021, Amazon.com, Inc. or its affiliates