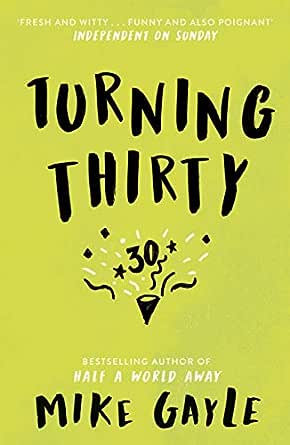 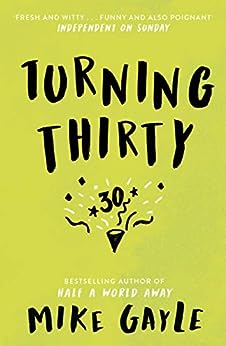 Full of belly-laughs and painfully acute observations - Independent on Sunday on MY LEGENDARY GIRLFRIENDTouching and funny - Sunday Mirror on M L GSomething near to mid-period Woody Allen...a delicate blend of realism and whimsy...funny and clever...refreshing to find a male writer working in this genre - Guardian on MR COMMITMENTMen are from Mars, Women are from Venus meets Men Behaving Badly - Daily Telegraph on MR CUnputdownable - She on MR Can entertaining journey through one man's life as 20-something becomes 30-something. An enjoyable read which should appeal to both sexes - and all ages. - Western Telegraph (Turning Thirty) --This text refers to an out of print or unavailable edition of this title.

Previously an Agony Uncle, Mike Gayle is a freelance journalist who has contributed to a variety of magazines including FHM, Sunday Times Style, Just Seventeen and Bliss. He is hugely promotable, appearing regularly on TV and radio, and at book festivals and bookshop events. --This text refers to an out of print or unavailable edition of this title.

From the No. 1 bestselling author of MY LEGENDARY GIRLFRIEND and MR COMMITMENT comes a third hilarious and poignant novel about love and nostalgia. --This text refers to an out of print or unavailable edition of this title.

Previously an Agony Uncle, Mike Gayle is a freelance journalist who has contributed to a variety of magazines including FHM, Sunday Times Style and Cosmopolitan. His bestselling novels include MY LEGENDARY GIRLFRIEND, MR COMMITMENT, TURNING THIRTY, HIS 'N' HERS and BRAND NEW FRIEND. He keeps a website at www.mikegayle.co.uk and can be found on Facebook and on twitter.com/mikegayle --This text refers to the paperback edition.
Read more

Kirsten
5.0 out of 5 stars Buy this book!
Reviewed in Australia on 16 May 2014
Verified Purchase
Mike Gayle brings out the obsessive reader in me. I cannot put my book down. He is the very best.
Read more
Helpful
Comment Report abuse
See all reviews

Persona
3.0 out of 5 stars No real plot
Reviewed in the United Kingdom on 28 July 2013
Verified Purchase
The book is directionless. I liked the beginning and I love the idea of discussing relationships and what goes wrong. The main character is very nice and his general situation may reflect the lives of real men turning thirty. Even though he seems lost, I would've preferred it if the book wasn't. There were quite a few pointless chapters that didn't make the story progress and I started skim reading to get past the pointless parts. I got bored. I did like reading about the character's friendship and past with Ginny and his other friend, especially the memories of school and University, which personally appeal to me.
Read more
One person found this helpful
Report abuse

L Jones
5.0 out of 5 stars Everyone can relate to Matt Beckford
Reviewed in the United Kingdom on 19 May 2014
Verified Purchase
I'm a big fan of chick lit and this book is basically chick lit from a male perspective. The characters were real and relatable to. I particularly liked that this book featured locations in and around Birmingham so I knew them well. Matt is anxious about turning the big 3-0 and it's basically the journey of the final month of his twenties. It's a book that will appeal to those also who've already taken the journey and are in their thirties and for those like me who are in their mid-late twenties. You'll laugh out loud, have a little cry and generally feel everything Matt feels along the way.
Read more
2 people found this helpful
Report abuse

Gemma
2.0 out of 5 stars If you have nothing else to read!
Reviewed in the United Kingdom on 24 February 2019
Verified Purchase
Like a lot of Mike Gales novels, it can be entertaining at times, but this one is not his best. I found it a bit slow, rather boring.... put it this way I wasn't titching to get back to it. Saying that it was Ok for a quick read before sleep!!
Read more
Report abuse

Marbeth lynch
5.0 out of 5 stars Great nostalgia
Reviewed in the United Kingdom on 7 July 2018
Verified Purchase
I love Mike Gayles books, they're a great mix of nostalgia, humour, romance and poignancy. He delivers truth and wisdom on being human in an entertaining way. This book did not disappoint and though it didn't end the way I had hoped it delivered a realistic ending which is a nice change in romantic comedy
Read more
Report abuse

SS
4.0 out of 5 stars Mike Gayle
Reviewed in the United Kingdom on 19 September 2020
Verified Purchase
I really enjoy reading Mike Gayle books. Read this one the wrong way round:read ‘Turning Forty’ first. Still enjoyed it though. Most of his books are worth a read.
Read more
Report abuse
See all reviews
Get FREE delivery with Amazon Prime
Prime members enjoy FREE Delivery and exclusive access to movies, TV shows, music, Kindle e-books, Twitch Prime, and more.
> Get Started
Back to top
Get to Know Us
Make Money with Us
Let Us Help You
And don't forget:
© 1996-2020, Amazon.com, Inc. or its affiliates