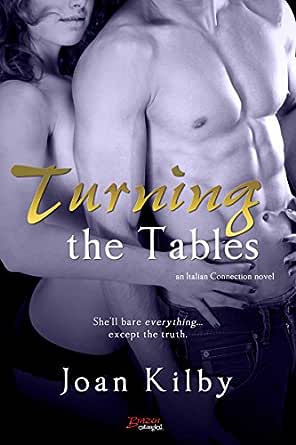 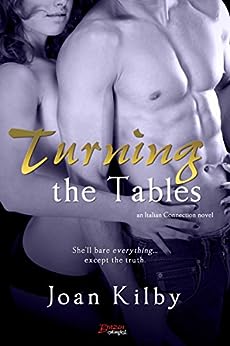 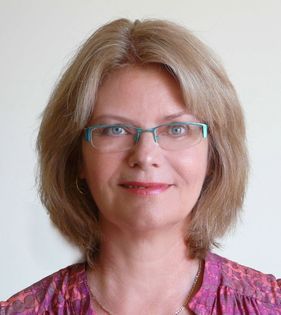 Tina Borlenghi is a billionaire businesswoman, heiress to the Borlenghi fortune, and living la dolce vita. She's also a magnet for men who crave fame and celebrity. So while in New York City launching a new fashion boutique, Tina is more than intrigued when sports bar owner Luke Pederson mistakes her for a sales assistant. He's sexier than sin and only interested in her. What's the harm in a little steamy role-playing?

Angela Rose
5.0 out of 5 stars Playful Meeting!
13 June 2015 - Published on Amazon.com
Verified Purchase
Tina is tired of bring used by men for her name. So when she meets a man who mistakes her for a saleswoman instead of the owner of her boutique and starts some harmless flirting, she decides a fling won't be a big deal. Luke is a big deal, a big sexy flirtatious sweet deal. Luke doesn't know much about Tina but he is enjoying her company even during some financial troubles. Tina is hiding her true identity from Luke but they more time she spend with him the more she falls for him. These two are very intense together. They made this book a page turner for sure.

(ARC provided by Entangled Publishing in exchanged for a honest review)

Eleanore T.
4.0 out of 5 stars Book Review: TURNING THE TABLES (Joan Kilby)
18 June 2015 - Published on Amazon.com
Heiress, billionaire, and renowned clothing designer Tina Borlenghi has nearly everything a successful businesswoman could want. After all, she's visiting New York City from her native Italy to debut a new fashion line and open a new fashion boutique. Unfortunately, she's also battling a former lover who took gross advantage of her status and wealth, and who only loved her for her money. When Luke Pederson, owner of the sports bar around the corner from her boutique, mistakes her for a simple sales associate and sparks between them fly, she decides to play along.

Something isn't quite right about Tina. Luke can't put his finger on it, especially when she's got his hands (ahem) fully involved in some of the sexiest role-playing passion he's ever experienced, but she's way too secretive and clearly hiding something. As their passion intensifies and his suspicions deepen, he doesn't know what to believe, except that he'd really like to make something long-term work between them.

Until he finds out her little secret, who she really is. The truth upends everything they both thought they had together.

Light on plot, this work is nonetheless long on character, the suspense of wondering whether the relationship will work out against seemingly impossible odds, and (good grief) love scenes. You've got to appreciate an edgier style of sex to be able to enjoy the boiling hot scenes Kilby has envisioned for her characters.

As a billionaire businesswoman, Tina lands just the right combination of savvy competence, creative artistry, and intense vulnerability. Having been burned once, it isn't surprising that she's gun-shy about trust, and when Luke's honest misunderstanding of her position arises, she takes advantage of the opportunity to have a hot, no-strings fling before she has to buckle back down to work and go back to Italy.

Luke is perhaps the most well-developed character, strikingly enough, from his ownership of the sports bar to his past as a pro hockey player to his rugged physique and his impassioned and exploratory attraction to Tina. What makes him unbelievably likable and laudable, though, is his commitment to a foundation he created for kids with special needs, like his wheelchair-bound nephew, who might otherwise never have some of the opportunities his generosity and active involvement afford them.

If you're looking for a feel-good, smoking hot love story between the unlikeliest of characters, reach for Kilby's novel. You'll be more than satisfied.

Disclaimer: I received a complimentary copy of this work from the publisher via Netgalley in exchange for an honest, though not necessarily positive, review. The opinions I have expressed are my own.

I received a copy of this book, from the publisher, in exchange for an honest review. In no way did this sway either my review or my rating.

Entangled's Brazen line is one of my biggest guilty pleasures, oh who am I kidding I don't feel all that guilty about it! They're generally the perfect blend of angst and very hot and steamy. If I'm being honest though, while I'm comfortable giving this 3 stars, I will say that it is more on the lower side of the 3. I wasn't in love with it, I'm not even sure I was in like with it, but I definitely didn't hate it.

The storyline was quite enjoyable. I liked how it lives up to it's title in more ways than one. Normally when you've got a book where someone is hiding who they really are for fear of being used because of money, power, title, influence, whatever reason they have to hide the real them, it ends up being the guy. I liked that Tina is this powerhouse in the fashion industry and comes from this huge family legacy and she's the one doing the deceiving. While Luke isn't free of fame or spotlight himself, he still comes from the more humble background and I could understand Tina's apprehensions but more so from her history because Luke was just too nice of a guy to do anything shady.

I think my major problem with this book lies within the romance. And I guess it's not even necessarily the romance but the sex. I ended up skimming through big chunks of it, most especially when they'd get into their role playing. And it wasn't like in most cases where I skim because there's too much of it or it doesn't fit. In this case it was just...awkward to me. They would start attempting their dirty talk to each other and instead of feeling a zing or a zip of anything I just wanted to get past it. That's not how a Brazen is supposed to make me feel.

A lot of it could have to do with Luke himself too as to why I wasn't feeling the chemistry. By himself he's actually a really great guy. He's sweet and, I mean, any guy who starts a foundation that includes him coaching disabled children in hockey and puts his heart and soul into said foundation is a pretty amazing guy. But there were two things that bugged me once he got involved with Tina. For starters after he'd known her for, oh I don't know, maybe an hour tops, something was brought up about past dating history and he was instantly thinking about how he didn't want to know she had any kind of history at all until that moment. It was all very caveman for such a brief introduction. That along with the fact that he was just so pushy to get her to go out with him moments later. I mean, I think she turned him down about 4 times in 5 minutes. It was all kind of a turn off for me in the romance department.

I'm not too sure what else I can say about this book. I was very interested in the storyline and where that would lead. And the characters were great on their own but, in my opinion, lacked chemistry. I don't want to come off too negative because it it wasn't like it was terrible and I have no doubt that there are going to be plenty of people out there who will love it, unfortunately I'm just not one of them. I really wish I could have liked it more.

Thanks to Entangled Publishing for the opportunity to read and review this book!
Read more
Go to Amazon.com to see all 29 reviews 4.1 out of 5 stars
Get FREE delivery with Amazon Prime
Prime members enjoy FREE Delivery and exclusive access to movies, TV shows, music, Kindle e-books, Twitch Prime, and more.
> Get Started
Back to top
Get to Know Us
Make Money with Us
Let Us Help You
And don't forget:
© 1996-2020, Amazon.com, Inc. or its affiliates