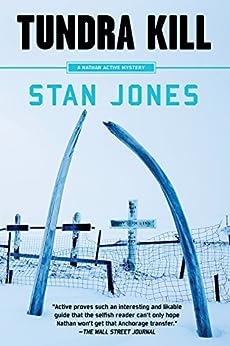 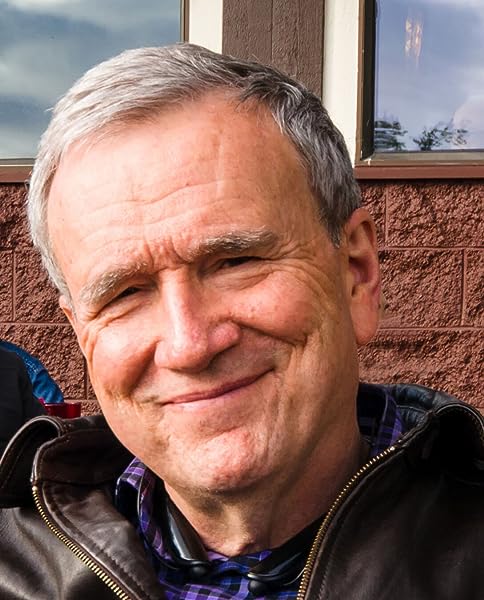 by Stan Jones (Author) Format: Kindle Edition
See all formats and editions
Sorry, there was a problem loading this page. Try again.
When Chukchi Police Chief Nathan Active discovers dirt on the governor of Alaska, the woman he is appointed to protect, he finds himself in a precarious position: Expose the truth and risk his job or become complicit in her dangerous affairs?

Nathan Active, the top cop in a swath of Alaskan tundra larger than fifteen other US states, has been assigned to bodyguard duty for Alaska’s celebrity female governor, Helen Mercer, while her husband runs the Isignaq, a 400-mile sled-dog race through the Arctic wilderness. Against his will, Active is suddenly swept into her bizarre family affairs and outsized political ambitions. And when he connects the death of a local dog musher to Mercer, her countermoves threaten to ruin the lives of Active’s beloved Grace Palmer and her daughter, Nita. With his career on the line, Active must outwit the governor and save the people he cares for most before time runs out.
Read more
Previous page
Next page

"Active is a sturdy, reliable figure, and Jones has a palpable affection for the Alaskan Native culture and his eccentric characters." --Adam Woog, Seattle Times

"Jones, who was born in Alaska, uses his intimate knowledge of the state, his fondness for the Inupiat people and their traditions, and his eye for politicians' excruciatingly funny incongruities to produce a well-rounded and appealing portrait of America's Last Frontier." --
Publishers Weekly

"Readers hungry for an authentic portrait of our 49th state--beyond what we've learned since Sarah Palin stepped onto the national stage--will be mesmerized." --USA Today on Village of the Ghost Bears

"The delightfully off-speed Alaska lore--the authorities offer two free nights in jail for information about the missing [snowmobile]--is supplemented this time by a compelling portrait of a female Alaskan governor too monstrous to be anything but wholly fictitious." --Kirkus Reviews

"While prior books in this series have been more on the noir side, Jones lightens up a bit this time out, but not so much as to turn it into a comedic murder romp. There's still a tightly controlled narrative and the second half of the book moves quickly. One needn't have read the earlier installments to follow the character developments, but it does help and they're all good." --David A. James, Alaska Dispatch News

"You can almost hear the wind screaming across miles of bleak tundra and frozen lakes." --Entertainment Weekly on Village of the Ghost Bears --This text refers to an alternate kindle_edition edition.

Stan Jones is an award-winning newspaper and public radio journalist. He is the coauthor of The Spill and the author of Frozen Sun, Shaman Pass, Village of the Ghost Bears, and White Sky, Black Ice. He lives in Anchorage, Alaska. --This text refers to an alternate kindle_edition edition.

The fifth entry to the Nathan Active series set in Alaska. --This text refers to an alternate kindle_edition edition.
Read more

I was born in Anchorage, Alaska. But my parents were from Tennessee and moved back there when I was about two.

My parents, it turned out, had caught the Alaska bug, so we moved back to Anchorage when I was twelve and I’ve lived in Alaska ever since, except for a couple of relatively brief college-related absences spent “Outside,” as Alaskans call the rest of the United States.

I spent a pleasant but basically aimless life until I moved to the Inupiat Eskimo village of Kotzebue in my late twenties. I found the lovely, barren Arctic landscape absolutely mesmerizing, the extreme climate a joy, and the Native culture fascinating. I landed Bush planes on the sea ice, drove snowmachines--or 'snowgos," as they're called in Kotzebue--over the tundra, hunted moose and caribou, and once helped paddle a sealskin umiaq in pursuit of a bowhead whale on the Chukchi Sea off Point Hope.

After Kotzebue, I lived in Anchorage, Fairbanks, and then Anchorage again, working as a newspaper journalist. I won several major national awards for investigative stories that led to impeachment proceedings against one of Alaska’s governors, and for coverage of the Exxon Valdez oil spill.

After I left Kotzebue, I found the country, weather and people of Northwest Alaska more interesting than ever, so I started the Nathan Active series. The fictional village of Chukchi is modeled on Kotzebue in many respects, and some of the characters in the series are loosely crafted around real people I knew.

I live in Anchorage. I’m married to Susan Jones, an epidemiologist and karate master. We have two children, both adults.

I'm a wildly eclectic reader, but of course I have a special interest in the literature of the north. Some of my favorite authors in that genre are Charlie Brower, Hudson Stuck, Edgar Keithahn, Paul Green, Chester Seveck, Vilhjalmur Stefansson, Edwin Hall, Ernest Burch, and Claire Fejes (who was also a wonderful painter of Eskimo life in Northwest Alaska).

John Doe
1.0 out of 5 stars Less a Mystery than a Political Statement
Reviewed in the United States on 1 July 2021
Verified Purchase
I read the first four books in the series and enjoyed them. So I ordered the last two. This is book 5 and it's not like the previous ones. It begins as the others did, but quickly becomes Jones' thoughts about Alaskan politics, although he's careful to put some chronological distance between governor character and the real former governor. Jones' character quickly becomes a caricature. I've only gotten through the first 70 pages and that's as far as I'll get. I don't know yet about trying the sixth book. There may be a good urder mystery in the remaining pages, but I won't find out. I'm going to put the book on a swap shelf and pick up the latest Louise Penny, or maybe Alex Gray, or Peter Robinson. Do read the first four books in the series, but don't feel any need to go further.
Read more
Report abuse

Golden
4.0 out of 5 stars Sarah Palin look-alike contest
Reviewed in the United States on 26 May 2016
Verified Purchase
I very much enjoy Stan Jones' Nathan Active series. The character development of the protagonists as well as many of the secondary and even minor characters is fantastic, the evocation of the setting (a mostly Native community in Alaska) is sensitive and humorous, and the plots really keep you guessing. This is not the strongest of the series, but it delivers. The Sarah Palin like character of the Governor who interferes with Active's career and life is very skillfully and amusingly drawn, though I found the conclusion a little unsatisfactory. However, I think that's kind of Jones' point -- she's the kind of person who leaves other people in the lurch. Jones' writing has a nice, clipped, journalistic style, except when he describes intimacy between Active and his girlfriend. Then it's kind of awkward, but again, that might be the point... things are awkward between them!
Read more
2 people found this helpful
Report abuse

LA_Biz_Guy
2.0 out of 5 stars Read the First Four Books and Stop Before Five
Reviewed in the United States on 27 November 2016
Verified Purchase
The first 4 books of the Nathan Active series were superior in a broad mix of culture, narrative, description, and plot with some very interesting and conflicted characters to make it all work. Tundra Kills was not in multiple ways, not least by inserting a clone of the actual former female governor. About a third of the book becomes centered on what the reader rapidly realizes is a solidly negative and irritating portrait of same which overwhelms any attempt at weaving plot lines together. There are moments when being on the ice, spring fishing, and bush piloting breaks through as moments of interest. But frankly it was a chore to get through the first half of the book and the second was only better in contrast. Moving back to solid editing as I suspect Soho Press provided may not be a bad thing.
Read more
Report abuse

Bird woman
3.0 out of 5 stars Somewhat disappointing.
Reviewed in the United States on 7 March 2016
Verified Purchase
I have read all of the Nathan Active books, and loved them, until this one. The Helen Mercer character, a thinly veiled takeoff on Sarah Palin, is much too prominent in this story, and detracts from it. I don't like Palin, and really didn't care for her presence in this book. Aside from that, the book was well-written, up to Jones' high standards. I'm looking forward to future books that will once again focus on Alaska, and hopefully leave out the Helen Mercer character.
Read more
4 people found this helpful
Report abuse