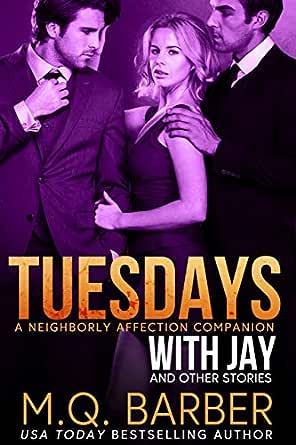 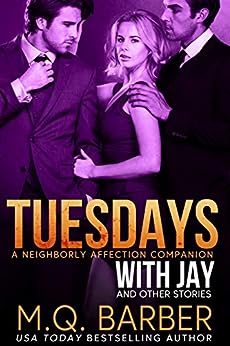 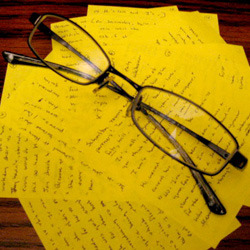 Tuesdays with Jay and Other Stories: A Neighborly Affection Companion Kindle Edition

Rachel J08
5.0 out of 5 stars In a world amidst darkness, Tuesdays with Jay is the light we need
Reviewed in Australia on 28 May 2020
Where to even begin with our dear boy? I've long since been at the top end of the list of the biggest fans of the Neighbourly Affection series and this companion novel to the first two books, as well as a sneak peek into the trio's future, only adds to the brilliance of the series.

Jay is that perfect combination of sweet, protective, submissive and sexy. Having his POV of the lovers' journey added a whole new dimension to the original story.

As always, the writing is superb and well researched. One of the things I love most about M. Q. Barber's books is that I feel like I'm entering a whole new world and that over the course of the book or series, I become so comfortable and familiar that I never want to leave.
Read more
Helpful
Comment Report abuse

Tanya M
5.0 out of 5 stars Sweet, loveable Jay. I can't get enough of him.
Reviewed in Australia on 3 June 2020
I LOVE this series, and the characters of Henry, Jay and Alice - so this was an eagerly awaited book for me. This is not stand alone. You need to have read the first Neighborly Affection book "Playing the Game" to appreciate this one, or at least have started it, as the stories in "Tuesdays with Jay" begin during the time period of that first book. MQ Barber states at the beginning of each chapter which chapter and book that weeks time period is set in. So without having read, or be already reading "Playing the Game" it would not make a lot of sense.

As a huge fan of this series I was thrilled to be able to read from Jay's point of view. Sweet, sweet loveable Jay, it was wonderful to be able to get to know him further and learn more of what happened between him and Alice during their Tuesday lunches. This is not your usual BDSM series, it is the best I have read. Never before have I read a series and longed to be in such a relationship, but the love and care that Henry has for Jay, and then Alice is palpable. There is no degradation or humiliation, or someone getting their jollies at hurting another. Just pure love, respect and caring for each other...with a lot of fantastic sex. :) If you have already read this series, well I am sure you don't need to read the reviews, you will just buy this book immediately anyway. But if you haven't, start with “Playing the Game,” “Tuesdays with Jay" is read at the same time. So do yourself a favor and buy them both. :)
Read more
Helpful
Comment Report abuse
See all reviews from Australia
Get FREE delivery with Amazon Prime
Prime members enjoy FREE Delivery and exclusive access to movies, TV shows, music, Kindle e-books, Twitch Prime, and more.
> Get Started
Back to top
Get to Know Us
Make Money with Us
Let Us Help You
And don't forget:
© 1996-2020, Amazon.com, Inc. or its affiliates