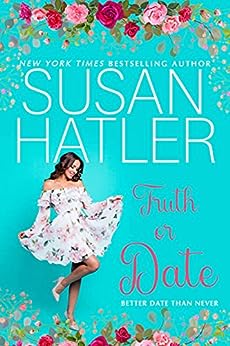 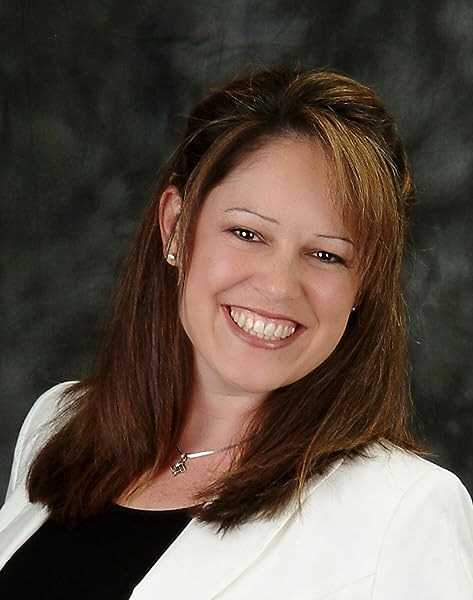 SUSAN HATLER is a New York Times and USA Today Bestselling Author, who writes humorous and emotional contemporary romance and young adult novels. Many of Susan's books have been translated into Spanish and German. A natural optimist, she believes life is amazing, people are fascinating, and imagination is endless. She loves spending time with her characters and hopes you do, too. You can reach Susan here: Facebook: facebook.com/authorsusanhatler Twitter: twitter.com/susanhatler Website: susanhatler.com Blog: susanhatler.com/category/susans-blog --This text refers to an out of print or unavailable edition of this title.

4.2 out of 5 stars
4.2 out of 5
675 global ratings
How are ratings calculated?
To calculate the overall star rating and percentage breakdown by star, we don’t use a simple average. Instead, our system considers things like how recent a review is and if the reviewer bought the item on Amazon. It also analyses reviews to verify trustworthiness.

D.L.R
TOP 500 REVIEWER
4.0 out of 5 stars Truth or dare
Reviewed in Australia on 31 October 2016
Verified Purchase
This was a book about a young woman living with a man for years and was waiting for the proposal. It never came so her friends said truth or dare, being stubborn she always picks dare. She is dared to move out. She does.. she meets a guy who is a co worker...and they play truth or dare.. will it turn out well? I dare you to read it.
Read more
Helpful
Report abuse

Msnd
TOP 1000 REVIEWER
4.0 out of 5 stars Great premise for a romance story!
Reviewed in Australia on 12 June 2021
If you are looking for a clean fun romance that you can read in a few hours, then this is one for you! This is the second book in the series but could be read a stand-alone if you prefer to do so. I highly recommend reading them in order, as characters that appeared in this story were in the first one too. I enjoyed this story and the playful banter between Gina and Chris. Truth or Dare is always an interesting game and a great premise for a romance story.
Read more
Helpful
Report abuse

Divya
4.0 out of 5 stars A short and sweet romantic comedy
Reviewed in Australia on 15 February 2020
This is a nicely written romantic comedy. The author has done a great job mixing emotions, romance and humour into the plot. It is a light hearted read with a good plot and believable characters. I received a free copy of the book and this is my voluntary and honest review.
Read more
Helpful
Report abuse
See all reviews

Cath McTernan
5.0 out of 5 stars The Office Heartthrob is Leaving But May Become the Perfect Match
Reviewed in the United Kingdom on 5 June 2021
Verified Purchase
This is book two of the Better Date Than Never series and tells the story of Gina, who has just ended a ten year romance, when she finally realised her boyfriend didn’t want to commit, even after knowing she always wanted to get married! Unfortunately, he is also the type not to give up on where he is living and getting the best of both worlds. They are still in the same home, if not the same bed, some four months after they broke up. Her friends persuade her that she needs to move out, as it’s obvious that her ex won’t! Her friend Kristen pulls her into a game of truth or dare, to which she only ever chooses dare, and she gets asked to take over the farewell party for one of the most handsome guys at the software firm they all work for. Chris Bradley is leaving for one of their competitors in the software business and has had a long line of girlfriends, none ever for very long. Gina works as an accountant in the firm and goes up to see him, to find out his favourites for his party. The game of truth or dare gets brought up and he changes it around to truth or date! When it’s his turn to play against her, he uses his chance to get her to agree to come to a lunch with his new boss and wife, but which turns out to be for quite a few new workmates as well. It will help to keep the attractive but over flirty HR manager, off his back when he isn’t interested in her. He tries to never date workmates, having had his heart broken by a woman who was in love with another!

Gina has already agreed to try out a blind date with a man called Ethan, recommended by Kristen as being proper serious marriage material. She gets told to invite Ethan as her date for Ellen's wedding, but is slow to get around to it. It seems each time she arranges to go out with Ethan, with the rehearsal dinner and wedding coming up at the end of the week, she doesn’t have much time to ask, and keeps meeting up with Chris. She is feeling attracted to him, but believes he is a playboy and not ready to commit, like she is looking for! Feeling far too much for Chris, she has to switch her attention to Ethan, but the heart always leads you to exact what it knows you want, even if your head tells it to do otherwise. The actual wedding day is the culmination of her head and heart choices coming together and Gina finally finding out what she really wants and deserves. Helped by her friends of course, with a bit of truth or date, daring to take a chance against your own initial thoughts or beliefs about others. Another nice and sweet HEA ending romance, where what you are looking for, might have been right in front of your face the whole time. You can’t count someone out, for what you think they are, without knowing the reality of what they are now. People change and what you see, isn’t necessarily what you get. Looks are definitely not everything as one of the characters realises.

Avid romance fan
5.0 out of 5 stars Another fun and endearing read from this author
Reviewed in the United Kingdom on 23 February 2020
Verified Purchase
Gina finally ending a 10 year relationship with George as he doesn't want to commit to marriage, is sworn off men for a while, despite her friends trying to set her up with a date for her friend Ellen's wedding. She has known Chris at work for 5 years and although there is a mutual attraction she thinks he is too much of a player to consider anything long term. What she doesn't know is that Chris has only wanted her since he started work there. Her meddling friends manage to set her up with him at the wedding. All Gina has to do is accept the challenge. Read an ARC for an honest review.
Read more
One person found this helpful
Report abuse

Lin Cunningham
3.0 out of 5 stars Entertaining Read
Reviewed in the United Kingdom on 18 July 2020
Verified Purchase
I found this book & thought it would be a fun read.
It was an entertaining light book with Gina who was a bit ditzy for me & Chris the office hottie.
I enjoyed the read but found her very irritating
Read more
Report abuse

Nicola_1202
4.0 out of 5 stars Fun & Feel good
Reviewed in the United Kingdom on 21 May 2013
Verified Purchase
This was a lovely book and the fact that it was a freebie was a treat. I wouldn't have been disappointed had I paid for it. Having read the novellas in this series, I had no doubt that this would be as good. It is actually the middle of the 3 books (I have read them in the wrong order but never mind!) and the longest, which itself was a bonus. Gina is a witty and amusing lady and Chris is sweet and to be honest, a little bit perfect. With the characters from My Last Blind Date present, it has humour and romance with heartwarming moments and those that pull on your heartstrings a little.

All in all a fun, sweet, relatively short romantic read that I can recommend.
Read more
One person found this helpful
Report abuse

Rosie
2.0 out of 5 stars Oh dear
Reviewed in the United Kingdom on 8 December 2018
Verified Purchase
How could Gina double date, not just once but twice. I found her really annoying and Chris was not a character I believed in either.
Read more
Report abuse
See all reviews
Back to top
Get to Know Us
Make Money with Us
Let Us Help You
And don't forget:
© 1996-2021, Amazon.com, Inc. or its affiliates