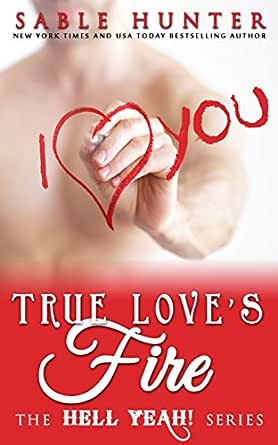 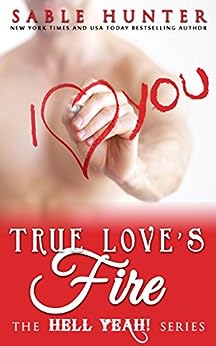 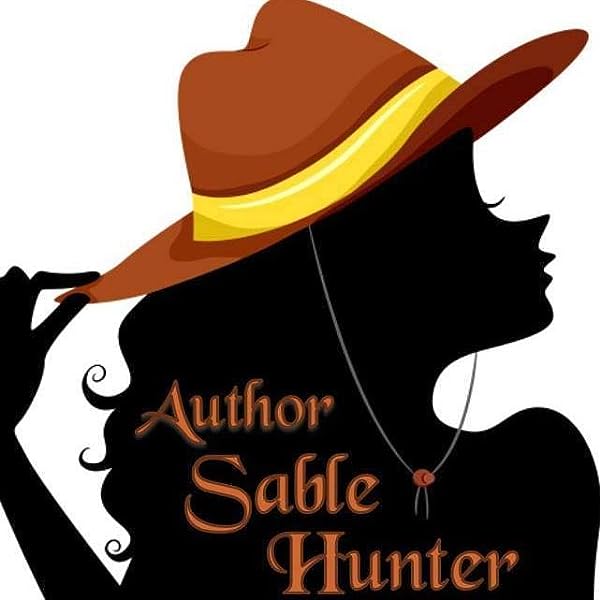 While vacationing at a cabin in the Ozarks, Scott Walker - Austin neurobiologist, gets snowed-in and has to be rescued by local, Lia Houston. She brings him food, helps him fix his heat and tries to get his car on the road. A monster storm has paralyzed the mountain and as she’s trying to chain his car to her truck, a huge ice-covered limb falls, crushing the front of her pick-up and almost flattening Scott. If she hadn’t moved fast, he’d be a memory – but the brave action on her part comes with a price, she’s injured and stuck with Mr. Know-It-All until the weather abates. Scott doesn’t believe in love, much less love at First Sight. So when he meets Lia, he welcomes the attraction, but fights the tenderness with every breath in his body. Join Sable Hunter as she chronicles their journey from lust to love with a lot of fireworks in between. They meet at the dawn of the New Year, and by Valentine’s Day the fires of True Love are burning bright.

Gatorfan
5.0 out of 5 stars Really enjoyed it
1 March 2014 - Published on Amazon.com
Verified Purchase
Add me to the list that liked it. Sometimes I agree with the low stars review and sometimes I don't. This time I did not agree The hero is a dr. in Austin, Texas. Somewhat of a playboy with his own pleasure on his mind. Hurt in the past he does not want to experience it again. The heroine is a mountain girl in Arkansas. Alone and sort of reclusive but she is a very famous song writer. Her songs are for some very famous people. But she is in the background. The hero comes to the mountain for a retreat and he gets snow bound. She lives in the area so she goes to his rescue with food and heat after a blizzard hits the mountain. She gets snowed in at his cabin and has to spend a few days with him. The week-end changes both their lives.

I was surprised at some parts of the book. We get to sit in on his meetings with some of his patients. He does study and operate on the brain. One patient's belief that every cell in his body has memory blew me away. That is exactly what I believe and I am sure others do to but you rarely read it in a novel. There were lessons along with his treatment. The real story is winning over the mountain girl and her dog, Elvis.

There were some lessons regarding bullies and folks that judge other folks. There was also a villain. I immediately thought, Oh No, not a bad guy. I hate the bad guy. However, in this case the heroine has a brain, she did not set herself up to come in contact with him and then in the end he got what was coming to him. So, hooray for that part. I really enjoyed this story. I love the snow bound stories and this was a good one. I recommend it. Oh, I almost forgot. There are some really HOT< HOT< HOT sex scenes so if you are looking for something very tame, forget it. This doctor has some moves. :-)

Renee A. Waring
4.0 out of 5 stars Zing! went the strings - - -
12 September 2014 - Published on Amazon.com
Verified Purchase
I loved the immediate chemistry between Scott and Lia. Their timidity with one another was very endearing, too. The strength of Sable's characters is one of the things that keeps drawing me back to her work. They're fun, sometimes quirky, but always real.

Watching the walls around Scott and Lia's hearts crumble and seeing them work through their feelings individually, and together, was amazing. Scott's transformation from hard hearted player to his realization of what he would be missing out on without Lia in his life was very well done and I could easily picture the amazement on his face when he realized that he was truly 'in love' with her. I could also visualize the sparkle and wonder in Lia's eyes as she very gingerly teased her way into Scott's heart. Even though she was sure she would get hurt in the end she knew she could not stop herself from taking the chance.

The setting of the story made me want to visit the mountains of Tennessee and take in their beauty with my own eyes. Sable's writing transports you to whatever location her story takes place in. Though this is only the 3rd or 4th book I've read by her I am quickly becoming addicted. Great story!
Read more
One person found this helpful

Mari069
5.0 out of 5 stars Backwoods Arkansas to the cities of San Antonio
2 March 2014 - Published on Amazon.com
Verified Purchase
Lia is a backwoods girl with shame and a powerful talent. Her shame is thrown in her face every time she goes into the small town of Adah Ar. She's illigitimate and so was her mother.. and her legacy seems to follow her no matter how good a person she is. Her talent is song writing, she writes for some of the biggest singers and makes a good enough living that she can live in her little home alone and survive. Life has been hard for Lia, no father, mother and grandmother are dead, but she's got Elvis! Her faithful dog. She had a one in a million chance meeting with a surgeon who was coming to the back woods of Ar to escape his medical practice for a few days. Scot walks around with a perpetual hard on for any woman he sees. But when he and Lia are thrown together by a snow storm, no electricity and just a little food to share, they learn about each other, but more importantly, they learn about themselves. Scott is no saint, he's sworn not to marry but Lia has changed his mind, all he needs to do now is change hers. This is a great story, the book is entertaining, brutally honest and realistic. I recommend it very highly, looking forward to reading more from Sable Hunter.
Read more
One person found this helpful

Kindle Customer
5.0 out of 5 stars Wonderful
21 January 2014 - Published on Amazon.com
Verified Purchase
I fell in love with Lia from page one, when a skinny little girl, with scraped up knees asks her mother what "white trash" means. Lia grabbed my heart and held it throughout True Love's Fire. My heart broke for Scott when the woman of his dreams threw his ring and his love back in his face, and I was very glad that Sable showed us this side of Scott, because after the loss of Renee, Scott gives up on love and pursues shallow relationships. He is actually kind of a jerk, but all that changes when he meets Lia.

The characters in True Love's Fire were well rounded and interesting. The descriptions of the mountain settings were beautiful and the love scenes were steamy and well written. I loved the snippets of the songs that Lia writes at the start of each chapter.

I finished True Love's Fire at 1:30AM last night. I went to bed with a smile on my face and dreamed of being stranded in a mountain cabin, surrounded by snow with a fire burning in the fireplace and my dear husband on a bearskin rug.

Allyson Brann
5.0 out of 5 stars Wonderful Series
14 February 2014 - Published on Amazon.com
Verified Purchase
I absolutely love the Hell Yeah! Series. Every Single one of these books has had me hooked from page one. The McCoy Brothers are just dreamy. Each book is steamy filled with Romance, action and suspense.

This was Lia and Scott's Story. Scott was Aaron McCoy's neurologist. Scott was sexy, charming, caring, successful, loving, passionate, protective and excellent Dr and surgeon. Scott didn't believe in love because past relationships, but when snowed in with Lia while on vacation, something changed but struggled to come to terms with it.

Lia lived in a small town, she had been bullied and ridiculed her entire life. Even as an adult, even though she successfully wrote songs and lyrics. She had long ago decided men weren't worth the trouble. Lia was funny, strong, caring but had a low self esteem because of her past. I highly recommend this series, I wasn't able to put a single book down.
Read more
Go to Amazon.com to see all 222 reviews 4.5 out of 5 stars
Get FREE delivery with Amazon Prime
Prime members enjoy FREE Delivery and exclusive access to movies, TV shows, music, Kindle e-books, Twitch Prime, and more.
> Get Started
Back to top
Get to Know Us
Make Money with Us
Let Us Help You
And don't forget:
© 1996-2020, Amazon.com, Inc. or its affiliates