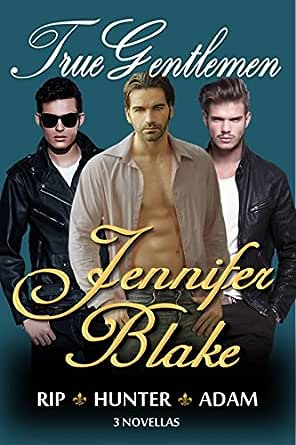 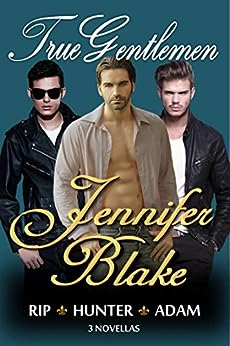 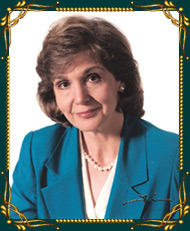 True Southern romance to sigh over.

From small-town charmers to the elite of New Orleans, these three novellas capture all the grit, passion and allure of the Deep South, as well as its buried lies and secrets.

Meet Adam, Rip and Hunter: Three true gentlemen—fiercely protective, devoted and capable of the deepest love, with the integrity to do the right thing no matter the consequences. Three Southern men true to themselves and true to the women they desperately want to love and to be loved by.

RIP
Rip was a dirt-poor kid from the wrong side of town when he first saw Anna in the shining costume of a Christmas fairy and fell head over heels in love.

Although he always knew she was above his touch, he became her self-appointed protector. Until he was falsely accused of robbing a service station and railroaded into prison.

Now he’s back, and determined to redeem himself. But the same enemy that sent him to prison in the first place will stop at nothing to keep him away from Anna—and away from past secrets too painful to be revealed.

HUNTER
Adrienne is only at the Mardi Gras masked ball to help her father succeed with his first case as a PI—an adultery investigation of their society hostess—and to distract the woman's too handsome possible lover.

Hunter is there for his own purposes, but doesn't mind the distraction. Because the closer he gets to Adrienne, the more determined he becomes to discover her secrets.

As the evening advances, the two of them whirl closer and closer in their intricate game of cat-and-mouse. But who is seducing whom, and what will happen at midnight when their masks come off?

ADAM
Adam Benedict is certain Lara Bancroft is hiding her aunt, a woman wanted for murder, in the old mansion she's inherited in the small town of Turn-Coupe.

Lara's Aunt Kim shot her abusive husband, yes, but in self defense. And given the dead man’s crime family connections, Lara fears her aunt won't make it to a trial.

When mafia goons show up, it's a fight for survival, one in which only trust in the unique psychic connection Lara shares with Adam can keep them alive. But reading Adam's mind could be even more dangerous to her heart.
click to open popover

E Halliday
3.0 out of 5 stars Two Out of Three Ain't Bad
1 July 2017 - Published on Amazon.com
Verified Purchase
Rip's story was the best; well written and a great storyline.
Hunter's story - I didn't like at all; I stopped reading at the masque ball. Any man that speaks to a woman, especially a stranger, the way Hunter did is no gentleman, and nothing he could have done later on in the story would have made up for his crude behavior ... so I just quit reading.
Adam's story was also very good. I liked the paranormal aspect of it - it's certainly the right part of the country for it.
Rip's and Adam's stories were definitely worth the time, and just because I didn't like Hunter doesn't mean you won't. I can honestly recommend this box set.

MLS Kindle Customer
3.0 out of 5 stars Average
30 June 2017 - Published on Amazon.com
Verified Purchase
When I saw that this series had only one review for three stars, I decided to read them ahead of my other books and see if I could give a higher rating. Unfortunately I can't. I kept losing interest in the stories. They were OK but needed something more. Excitement? Romance? Intrigue? I don't quite know, but something.
Read more
9 people found this helpful

Kat
5.0 out of 5 stars Three books in one!
25 November 2017 - Published on Amazon.com
Verified Purchase
Actually, the three guys are not really gentleman, but they try to be (sort of)

Rip is the one who actually wants to be a gentleman, being a kid from the wrong side of the
tracks. However due to a tragedy, he leaves town and makes a name for himself before
returning years later to face Anna again, who thought she was his friend and maybe something
more. I really liked this one best and didn't want to end!

Hunter and Adrienne are investigating each other due to a misunderstanding. It is both frustrating
and amusing to see these two interact. This one is okay.

Adam and Lara meet when he investigates a murder that is somehow linked to Lara's aunt. This one
was better and I did want more to this story too.

Worth a read! I have tried to not say too much to spoil each tale.

Angela Raspberry
4.0 out of 5 stars Buy it just for the first story
14 October 2017 - Published on Amazon.com
Verified Purchase
I read Rip's story all the way through. The writing was very well-done, especially description. For some reason I had the feeling that the story was set in the 50's or something. I know it wasn't but the style of writing and the Louisiana ambiance seemed from another day. I really liked this story and did not feel short changed even though it wasn't a full length novel.

I dipped into the other two stories but they didn't grab my attention like Rip did. Based on other reviews I may just skip #2 and try #3 even though I'm not into the paranormal.

Anonymous_111
2.0 out of 5 stars Meh
14 October 2017 - Published on Amazon.com
Verified Purchase
This woman has written how many books?

There were paragraphs that had both people talking, that I had to reread. Made it confusing. The hero spoke like he was some sophisticated guy in his 40's but the guy on the cover looks like a teenager.

The premise of "Turn me into a gentleman and if you fail you have to marry me' with the girl saying "okay because my family history is based on keeping our word"...WTF?

I never read book 2 or 3. Based on the reviews they weren't much better.


Read more
Go to Amazon.com to see all 50 reviews 4.1 out of 5 stars
Get FREE delivery with Amazon Prime
Prime members enjoy FREE Delivery and exclusive access to movies, TV shows, music, Kindle e-books, Twitch Prime, and more.
> Get Started
Back to top
Get to Know Us
Make Money with Us
Let Us Help You
And don't forget:
© 1996-2020, Amazon.com, Inc. or its affiliates