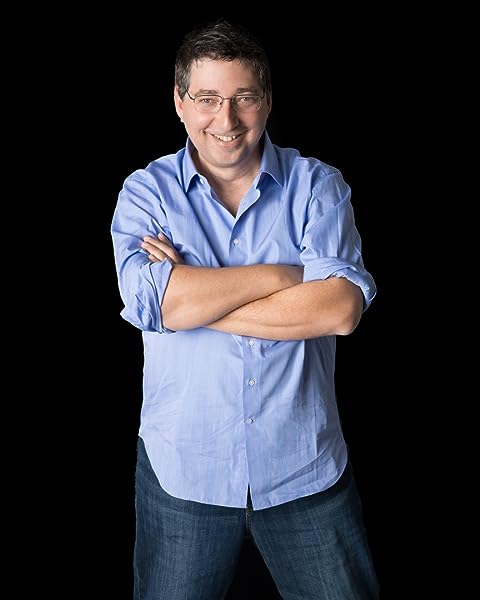 Page 1 of 1 Start overPage 1 of 1
Previous page
Next page
Start reading True Fiction (Ian Ludlow Thrillers Book 1) on your Kindle in under a minute.

Lee Goldberg is a two-time Edgar Award and two-time Shamus Award nominee and the #1 New York Times bestselling author of more than thirty novels, including King City, The Walk, fifteen Monk mysteries, and the internationally bestselling Fox & O'Hare books (The Heist, The Chase, The Job, The Scam, and The Pursuit), cowritten with Janet Evanovich. He has also written and/or produced scores of TV shows, including Diagnosis Murder, SeaQuest, Monk, and The Glades. As an international television consultant, he has advised networks and studios in Canada, France, Germany, Spain, China, Sweden, and the Netherlands on the creation, writing, and production of episodic television series. You can find more information about Lee and his work at www.leegoldberg.com.

4.3 out of 5 stars
4.3 out of 5
3,790 global ratings
How are ratings calculated?
To calculate the overall star rating and percentage breakdown by star, we don’t use a simple average. Instead, our system considers things like how recent a review is and if the reviewer bought the item on Amazon. It also analyses reviews to verify trustworthiness.

Amazon Customer
2.0 out of 5 stars Mildly entertaining but largely diaappointing.
Reviewed in Australia on 26 July 2018
Verified Purchase
I love the premise of this book, that's why it disappoints me that it turned out to be so churlish and crass. What could have been an interesting update on Orwell's 1984 is nothing more than a pulp fiction collection of rehashed cliches. I remember reading a review Lee Goldberg wrote about an early Adrian McKinty novel and it seems he didn't learn from the things that he criticized McKinty for. While there were some reasonable passages in the book, it constantly felt like the authors hardwork was let down by a repatitive need for a juvenile one liner. I really hope that the book was meant to be a terrible comedy ala Police Academy 3 onwards, however I suspect that statement might leave Goldberg confused. This book passed some time for me, but I would rather have that time back and read something else.
Read more
Helpful
Report abuse

Garry
5.0 out of 5 stars You real,y need to get onto this
Reviewed in Australia on 12 March 2018
Verified Purchase
Feeling wide awake in the middle of the night? Start reading. You won’t stop until you reach the end but a warning. Be patient until about halfway,then it really takes off and it’s a wild ride to the finish.
Read more
One person found this helpful
Helpful
Report abuse

Wayne.Dainty
5.0 out of 5 stars Excellent
Reviewed in Australia on 18 March 2018
Verified Purchase
Fast moving, crazy plot. Characters were highly entertaining and believable. Couldn’t stop reading except when I laughed so hard I couldn’t hold my IPAD. Bring on the next one. This has got to be a series.
Read more
One person found this helpful
Helpful
Report abuse

Diana
1.0 out of 5 stars Too much power
Reviewed in Australia on 19 April 2018
Verified Purchase
Probably read another book by this author. As time passed it improved though a lot of chance adventures and coincidences.
Read more
One person found this helpful
Helpful
Report abuse

Barbara Sth Aust
TOP 500 REVIEWER
2.0 out of 5 stars Sorry. I do not like rubbish. I thought Lee Goldberg was a better author than this. I know better now.
Reviewed in Australia on 2 April 2018
Verified Purchase
What does an author think of his public. That we are morons . We spend are money on books we think will be interesting. But I sure wasted my money this time. But not again Mr Goldberg.
Read more
Helpful
Report abuse

Amazon Customer
5.0 out of 5 stars book
Reviewed in Australia on 2 December 2018
Verified Purchase
always enjoy these books as I keep buying when they come out great writer
Read more
Helpful
Report abuse

JohnACT
1.0 out of 5 stars Not Great!
Reviewed in Australia on 22 July 2019
Verified Purchase
The story started with potential and deteriorated from there!
Read more
Helpful
Report abuse

Peter Doyle
3.0 out of 5 stars True enough
Reviewed in Australia on 24 June 2018
Not the best and not the worst. I wish the book was entirely about Clint Straker ( you need to read the book to find out). That would have been sensational. I hope the author does one day. That aside I found the novel a good read with some interesting and fun characters. Some clever stuff let down by some really cheesy writing. Worth the read though.
Read more
Helpful
Report abuse
See all reviews

Andy
4.0 out of 5 stars Unusual slant on a thriller
Reviewed in the United Kingdom on 17 March 2018
Verified Purchase
I got this on Kindle first and wasn't sure what to make of it at first - an event in the lead character's life as an author mimicking one of his novels - but the further I got into the book the more I wanted to see how it ended. Halfway through I wondered how it could be book 1 in a series, but having finished it I have added the sequel to my wishlist so want to read more. I haven't done this with many of my Kindle First choices, so take that as a positive.
Read more
4 people found this helpful
Report abuse

M. jackson
5.0 out of 5 stars Cracker
Reviewed in the United Kingdom on 9 March 2018
Verified Purchase
You know who the hero is: you know who the villain is from ( almost ) page 1 and the chase is on. A hectic thriller of a ride.
I picked this up thinking I'd read a chapter before washing up. The washing up nearly didn't get done. Fast paced - you can see the film version in your head - this is a genuinely unputdownable novel. Relatively short but the characters are skilfully drawn and the action comes thick and fast. The premise is scarily real but the writing has enough humour to make it a great romp.
Highly recommended
Well worth reading
Read more
4 people found this helpful
Report abuse

Ruju
3.0 out of 5 stars Preposterous but fun
Reviewed in the United Kingdom on 26 June 2019
Verified Purchase
Ian Ludlow is an author who writes cheesy action thrillers with preposterous plots. In True Fiction, he stars in his own cheesy action thriller with a preposterous plot. As I was reading it, I was thinking it was going to rate 3 stars at the most, dropping to 2 every time Lee Goldberg dropped in a chapter of one of Ludlow's thrillers to interrupt the story. But then I sat down to write this and realised that although I really shouldn't have enjoyed it, I did. The purpose is to entertain, and it was job done. I nearly got carried away and gave it 4 stars, but it gets a well deserved 3.
Read more
One person found this helpful
Report abuse

StephenF-2008
4.0 out of 5 stars To near the truth to be fiction. As the tittle says.
Reviewed in the United Kingdom on 3 March 2018
Verified Purchase
A whacky novel that mirrors our world as it is but only from the stage of one of the world powers. At times almost too much but then one reflects that the author is raising his concerns for our benefit.... misused power, misused wealth, and an unattractive fixation with sex. The sad thing is that it is a really good read with a far greater relevance than that of the world of James Bond.
Read more
2 people found this helpful
Report abuse

Kindle Customer
5.0 out of 5 stars Great fun fast action
Reviewed in the United Kingdom on 11 October 2018
Verified Purchase
Normally I deliberately only read a few chapters a day to stretch out the tension. I finished this in two sessions on the beach! Ludlow is a great accidental reluctant hero who doesn't know what he is capable of until the last third of the book.
To add to the fun, the secret microchip inserted in a motherboard at a corrupt factor might seem a bit far out. Ten minutes before that bit I had read a news item on such chips in servers used by big American companies so they could be spied on with the exact same way!! Certainly added to the fun. May have to buy the next in the series at this rate.
If you want a fast action thriller with a great sense of humour, get this now.
Read more
One person found this helpful
Report abuse
See all reviews
Back to top
Get to Know Us
Make Money with Us
Let Us Help You
And don't forget:
© 1996-2021, Amazon.com, Inc. or its affiliates