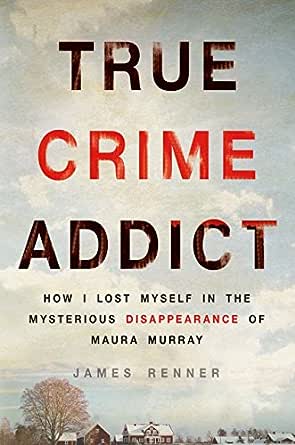 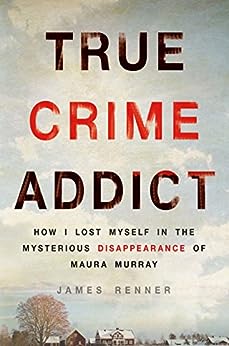 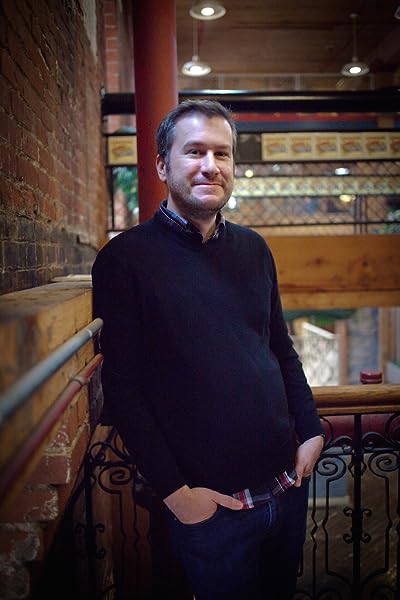 True Crime Addict: How I Lost Myself in the Mysterious Disappearance of Maura Murray Kindle Edition

"You have not read a book like this before and, I'd wager, you'll not engage with its like again...Renner is a tantalizing and almost gleeful tour guide to and through the impulses of the armchair detective." --StarTribune

"Renner keeps digging until the toll of his obsession creeps into his personal life...[He] shares snippets of his own life while collecting bits of Murray's, almost balancing out the scales of information. The mystery of Murray's whereabouts is baffling...Renner keeps searching for the truth before the case consumes him. His chipping away at the facts of a ten-year-old case makes the reader hope that, in the end, the answers will be uncovered. An entrancing, brilliant next step for fans of the podcast Serial, Netflix's Making a Murderer, and other true crime cases." --Library Journal, starred review on True Crime Addict

"Renner's walk on the dark side makes for a highly compelling read." --Kathryn Casey, bestselling author of Deliver Us on True Crime Addict

"Renner's personal involvement in the case--and his self-destructive, relentless dedication to confronting the darkness at the heart of it[...is] noteworthy." --Publishers Weekly on True Crime Addict

When an eleven year old James Renner fell in love with Amy Mihaljevic, the missing girl seen on posters all over his neighborhood, it was the beginning of a lifelong obsession with true crime. That obsession leads James to a successful career as an investigative journalist. It also gave him PTSD. In 2011, James began researching the strange disappearance of Maura Murray, a UMass student who went missing after wrecking her car in rural New Hampshire in 2004. Over the course of his investigation, he uncovers numerous important and shocking new clues about what may have happened to Maura, but also finds himself in increasingly dangerous situations with little regard for his own well-being. As his quest to find Maura deepens, the case starts taking a toll on his personal life, which begins to spiral out of control. The result is an absorbing dual investigation of the complicated story of the All-American girl who went missing and James's own equally complicated true crime addiction.

James Renner's True Crime Addict is the story of his spellbinding investigation of the missing person's case of Maura Murray, which has taken on a life of its own for armchair sleuths across the web. In the spirit of David Fincher's Zodiac, it is a fascinating look at a case that has eluded authorities and one man's obsessive quest for the answers.

Amazon Customer
5.0 out of 5 stars I highly recommend going on it while not on deadline for a ...
21 October 2017
Format: Kindle Edition
This book is about the disappearance of Maura Murry, a case I hadn’t heard about until the book was mentioned to me, so I hadn’t done any research on it. James Renner identifies all we know in regards to the night of her disappearance that is confirmed evidence and then delves in expertly with the most intriguing. The theories about what we may never know happened.

This is the first book I read of Renner’s, and I’m extremely impressed, he has an earnest quality to him and is very honest in his storytelling. He also believes in journalists being open about their research and has a blog with all of the evidence and interviews he collected while working on the case, something I wish more writers did. Warning, I highly recommend going on it while not on deadline for a project as you will spend at the very least, an hour perusing the evidence.

I don’t want to say too much on this one as I don’t want to spoil it; so to finish, I will just say that I highly recommend you pick up this book! You will finish it the same day you start because you won’t be able to put it down. I think this book does an excellent job of showing how the media can portray the victim of crimes as a myriad of positive clichés rather than a portrait of the person, something which the people that knew them also do, which unfortunately makes a case very hard to solve. Most people don’t look for the girl next door in the seedy neighborhood a few blocks away, and in some cases, they should.

BrdStph
5.0 out of 5 stars which I heard was fantastic. Curiously
30 September 2017 - Published on Amazon.com
Verified Purchase
I purposely stayed clear of this case, because I really wanted to read the book, which I heard was fantastic. Curiously, when I came to write his review, I saw 15% of the people gave it a 1 star review. Before writing this, I wanted to read those. It seems most the people are upset that Renner included no new information in the book and that everything was basically a regurgitation of his blog. However, for people like me, who have no familiarity with this case, or his blog, it was fantastic. Other's simply complain they don't like Renner as a person, probably because he openly admits to heavy drinking, occasional drug use, and questionable parenting. However, I could not care less, in fact I think his honest and sometimes manic states are what makes his work so compelling, why his book is so good, and how he is able to dig so deep. Finally, the last group of people are upset that the book does not have a firm ending, well duh, it is still an open case. So the same people who are obsessed with the blog, and know every detail, are upset Renner doesn't solve everything for them at the end? Come on now.

In short, the book is great, I particularly liked the synchronicity effect Renner talks about, I truly believe these cases are usually solved because of the small quirky details, and coincides are not by accident. If you are a reasonable reader who likes a true mystery, I highly recommend this book.

Denise McFarland
1.0 out of 5 stars Unhinged about sums it up.
23 October 2018 - Published on Amazon.com
Format: Kindle EditionVerified Purchase
I'm only on chapter 11 and I already wish I could get a refund. The very first chapter treats us to an extremely detailed description of James (a married father) at a strip club, receiving a lap dance ... and it just goes downhill from there. He's a diagnosed sociopath (another gem of a story we're treated to), and it shows. He is seriously unhinged and unfortunately brings nothing new to the Maura Murray investigation.
Read more
12 people found this helpful

Julie
5.0 out of 5 stars Just Couldn't Walk Away
9 August 2018 - Published on Amazon.com
Format: Kindle EditionVerified Purchase
If you're interested in true crime mysteries or specifically in the MM case, you should read this book. Give it a chance, I guarantee you won't be disappointed in Renner's professionalism or charm. He is a natural born storyteller. And if you think you know his thoughts or conclusion, you're wrong. I assure you that his unassuming way of investigating the disappearance won't allow him to have one (until she's found)

This story has lots of rabbit holes and possibilities ..too much info, too little info..bad info, good info, reddit, Oxygen series, topix, a million hits on google...and no answers!

In spite of the variety of theories in the Maura Murray case-THIS BOOK is UNIQUE.

The book was a delight to read! It was absolutely refreshing to hear the author's experiences as an investigative journalist and as an observer to the mystery. Renner is unassuming and witty. He's so LIKEABLE!

Makes ya wonder why you hear so much halaballoo online about his ex-blog. Noone who has taken the time to read his book can not dislike him, not appreciate the work he put into it and to Maura, to genuinely FIND HER and/or FIND OUT what happened to her that night. Her family found a friend in him whether they realize it or not. (probably not but have they READ THIS BOOK?) They should!

I can't wait to read more of Renner's books! Wish you every success in the world James Renner, you deserve it.
Sincerely, JJ

Tamstrat
5.0 out of 5 stars Compelling read
18 October 2017 - Published on Amazon.com
Format: PaperbackVerified Purchase
I have been intrigued by the Maura Murray case for years and this book was a fantastic read. I too am a "True Crime Addict" so I can understand Renner's obsession with this case. However, I was disappointed that Renner alluded to a possible inappropriate relationship between Maura and her father. Renner has no proof of that, and that should not have been in the book. Other than that, I enjoyed the book so much I read it all in one sitting. While I disagree with Renner, (I believe Maura is no longer alive) he presents compelling theories on what might have caused her to leave school, and head to New Hampshire. Someday, hopefully there will be closure for the Murray family.
Read more
14 people found this helpful

Emily
4.0 out of 5 stars Obsession Breeds Obsession
1 August 2018 - Published on Amazon.com
Format: Kindle EditionVerified Purchase
I'll be completely honest: When I first started reading this book I thought it was poorly edited. And then...I got sucked into the story. Renner's writing style is upfront and sparse; he tells things as he see's them. And that's just it -- the book tells his story not just Maura Murray's. I applaud his honesty as he digs deep into his experience as a father and his family's dark history with candor, I can only imagine, was painful and -- I hope -- cathartic. Renner's willingness to fall into obsession with Maura's story mirrors the reader's willingness to obsess over Renner's story.
Read more
11 people found this helpful
Go to Amazon.com to see all 257 reviews 4.1 out of 5 stars
Get FREE delivery with Amazon Prime
Prime members enjoy FREE Delivery and exclusive access to movies, TV shows, music, Kindle e-books, Twitch Prime, and more.
> Get Started
Back to top
Get to Know Us
Make Money with Us
Let Us Help You
And don't forget:
© 1996-2020, Amazon.com, Inc. or its affiliates