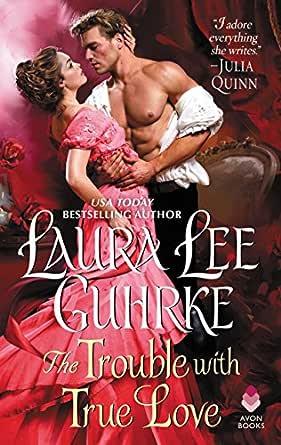 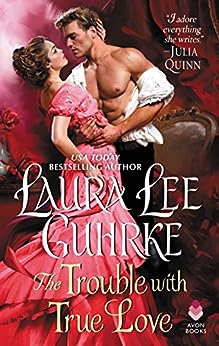 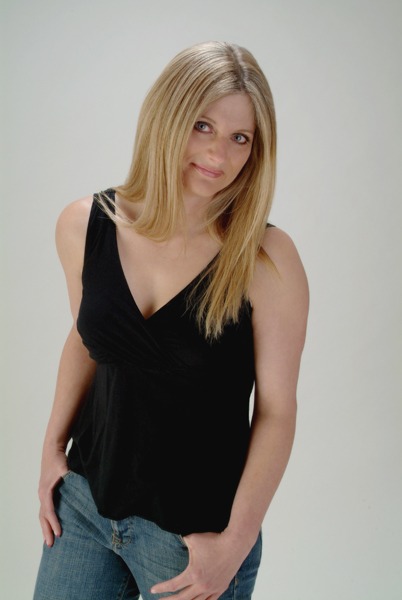 Engaging prose, witty barbs, and sigh-worthy sensuality make this humorous Victorian charmer an excellent addition to Guhrke's series and a most diverting read.

Guhrke astutely maneuvers two seemingly mismatched characters to look beyond their own preconceived truths to better understand themselves so they can truly love each other. A charming, insightful historical romance.

I am a girl of noble family, but I am painfully shy, especially in my encounters with those of the opposite sex . . .

For Clara Deverill, standing in for the real Lady Truelove means dispensing advice on problems she herself has never managed to overcome. There’s nothing for it but to retreat to a tearoom and hope inspiration strikes between scones. It doesn’t—until Clara overhears a rake waxing eloquent on the art of “honorable” jilting. The cad may look like an Adonis, but he’s about to find himself on the wrong side of Lady Truelove.

Rex Galbraith is an heir with no plans to produce a spare. He flirts with the minimum number of eligible young ladies to humor his matchmaking aunt, but Clara is the first to ever catch his roving eye. When he realizes that Clara—as Lady Truelove—has used his advice as newspaper fodder, he’s infuriated. But when he’s forced into a secret alliance with her, he realizes he’s got a much bigger problem—because Clara is upending everything Rex thought he knew about women—and about himself. . . .

Judith Reed
5.0 out of 5 stars Champagne, anyone?
3 February 2018 - Published on Amazon.com
Verified Purchase
Although I have read hundreds of romance novels, this is my first review, simply because, like Rex, I couldn't resist. Not only is this my favorite Laura Lee Gurhke novel, it is one of my favorite romance novels of all time. It balances a reforming rake with a shy but intelligent girl, has a slowly built element of passion, and provides the reader with a totally understandable rationale for the hero's reluctance to marry. Add to that foundation much witty banter, a truly lovely friendship between the hero and heroine, and some comic moments, and you have an excellent story to be read and reread.
Read more
16 people found this helpful

M. C.
3.0 out of 5 stars Really Worth Reading.
26 November 2018 - Published on Amazon.com
Verified Purchase
I enjoyed this story. I very much like the author's writing style and skill.
The banter between the hero, Rex, and the heroine, Carla, is entertaining. I thought the story line was good. I liked the way the author took a lot of time building and evolving both characters. There were no other plots within to distract. Not a lot of other characters to keep track of. No mysteries to uncover. The story line focused on the two. This is the unfolding of a romance between two people who couldn't be more different. Although, they do happen to share the impact of embarrassment and hurt caused by certain extremely troublesome family members I liked how the author progressively unveils Rex' and Carla's very diverse beliefs on morality, love and marriage. The dialogue between the two, although heated at times, strives to be amicable. The need for transparency from each other; drawing out the most sensitive and intimate of feelings begins to change them both for the better.

Then there are the good ole' predictable "smutty" moments so typical of romance novels. The redundant inner thoughts of Rex, dying to touch Carla, every which way, for me, became tiresome. Not to mention the tightening of his pants - quite frequently!! Then there are the two graphic sex scenes. I know there is a huge audience for this, however, all this "fluff" is not needed. A talented writer, such as this author, can evoke feelings of passion without the use of explicit sexual contents. I have come across some really good ones! Just saying ... I would have given 4 stars. I will say though that at the very least, this author managed to keep out crude words, and kept sex scenes to a minimum. Kudos!
Otherwise, the story kept my interest. I liked that Carla, although overprotected all of her young life, is a strong woman. She has a backbone. Her convictions about morality and true love are unmovable. Rex, a cynic when it comes to love and marriage is well known for his "rakish" ways, and is brutally honest about it. Deep down, however, it is not hard to quickly discover that he has the qualities of a deeply caring person.
A HEA.

Michelle Roussell
4.0 out of 5 stars DELIGHTFUL
6 February 2018 - Published on Amazon.com
Verified Purchase
Lovely hate-to-friendship-to-love story. Guhrke does a nice job illustrating the slow and unknowing way they both develop feelings for each other while letting the audience still see the love blooming even when the characters haven't yet. There are some passionate moments and it was nice to see how each of them handled that. Quite a well done and entertaining romance.
Read more
8 people found this helpful

SCD
5.0 out of 5 stars It's wonderfully written and the main characters
8 February 2018 - Published on Amazon.com
Verified Purchase
This is the second book in Ms. Guhrke's 'Dear Lady Truelove' series. It's wonderfully written, and the main characters, Miss Clara Deverill and Rex Galbraith, are both likable and believable. It was interesting to watch them come to know one another, and in this knowledge to also gain deeper insights into the lives they've led, and the lives they hope to lead in the future. There are some books that I read over and over again (especially when I am searching for a new book), and this is one such book.
Read more
4 people found this helpful

Claire
4.0 out of 5 stars Believable and well written
6 January 2019 - Published on Amazon.com
Verified Purchase
This was a lovely way to spend a rainy afternoon: interesting, believable characters, a plausible situation (sort of,) decent dialogue, some humor and an effort to stick to the social realities of the time (1890s,) and some romance. Nice! It was well written which was a relief after the recent string of bad HRs I've come across. I particularly liked that we got to know the characters; they had hopes and goals and reasons for their behavior that all hung together well and made their relationship interesting -- and their friendship made the HEA feel solid. There were parts that seemed to drag a bit; the final scene just seemed to go on and on, for example. There was lots of the hero's introspection which felt repetitious. And frankly the scene in the Yellow Room felt a bit clinical and not so romantic. But on the whole it was nice to read a nice romance that was well written and well edited! Can't wait for the next one in the series!
Read more
Go to Amazon.com to see all 48 reviews 4.6 out of 5 stars
Get FREE delivery with Amazon Prime
Prime members enjoy FREE Delivery and exclusive access to movies, TV shows, music, Kindle e-books, Twitch Prime, and more.
> Get Started
Back to top
Get to Know Us
Make Money with Us
Let Us Help You
And don't forget:
© 1996-2020, Amazon.com, Inc. or its affiliates