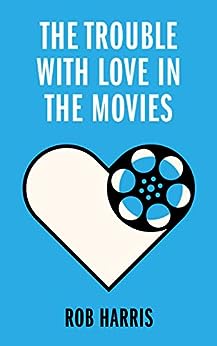 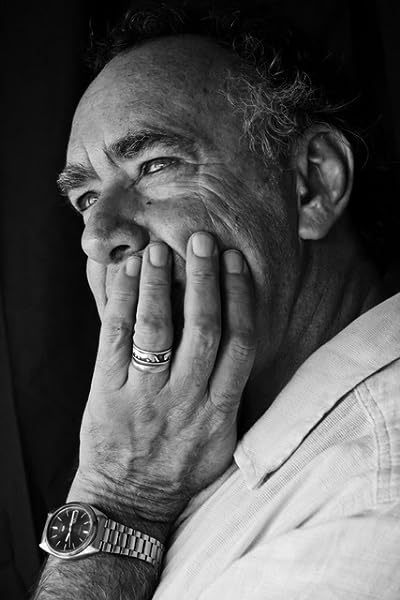 The Trouble with Love in the Movies Kindle Edition

Rob Harris began his professional career as a freelance television writer for such shows as Laverne & Shirley. He moved to a staff position as head publicity writer for 20th Century Fox and, later, a brief stint as vice president of publicity in the New York office of Gramercy Pictures. He's been a unit publicist on over eighty movies, including Gremlins, The Goonies, The Sandlot, The Bonfire of the Vanities, Air Force One, Men in Black II, Hannibal, The Perfect Storm, Gladiator, Frost/Nixon, Black Swan, The Bucket List, American Gangster, Revolutionary Road, Extremely Loud & Incredibly Close, World War Z, and Maleficent. A member of both the Academy of Motion Picture Arts and Sciences (AMPAS) and the British Academy of Film and Television Arts (BAFTA), he is the author of Unexposed Film: A Year on Location and The Hannibal Journal. He lives in England with his wife, Nicola Graydon Harris. Their sons, Casey and Sam, live in Los Angeles - when their band, X Ambassadors, are not touring - and in Ithaca, New York, where Casey and his family spend summers in his old family home. --This text refers to the paperback edition.

5.0 out of 5 stars
5 out of 5
18 global ratings
How are ratings calculated?
To calculate the overall star rating and percentage breakdown by star, we don’t use a simple average. Instead, our system considers things like how recent a review is and if the reviewer bought the item on Amazon. It also analyses reviews to verify trustworthiness.

Jean Harvey Hooker
5.0 out of 5 stars Unputdownable!
Reviewed in the United Kingdom on 9 July 2020
Verified Purchase
THE TROUBLE WITH LOVE IN THE MOVIES, by Rob Harris, transports the reader to behind the scenes in exotic and often dangerous locations and up close and personal encounters with some of the film world’s greatest stars. One of the top publicists in Hollywood, Rob has written a very personal book, at times hilarious yet bittersweet and poignant. He balances the precarious business of making a movie happen with all the unpredictable perils involved with the sad but inevitable break up of his marriage and the breathtaking romance between himself and a gorgeous, fiercely independent journalist. Their love story is as exciting and unpredictable as the most edge of your seat cliff hanger as they race across continents until the happy conclusion . I could not put down this fascinating, wonderfully well written book and recommend it to everyone who loves the movies and a great and heartwarming love story.
Read more
Report abuse

EAW
5.0 out of 5 stars Deft, pithy, funny, heartwarming.
Reviewed in the United Kingdom on 11 August 2020
Verified Purchase
I loved this book.. It is a real page turner , devoured in a short weekend! It is many things.. one of which is a beautifully detailed and nuanced look at Film; it’s dynamics and complexes. And the stars who pepper the chapters are observed with insight and a deft gaze. Woven throughout are pithy and very funny observations about love as he tracks a developing love affair with a vital, free spirited, heart full woman, and how he wrestles with the tougher emotional flurries when opening one’s heart to another person and to himself. In my minds eye I still see the author and his love , Nora Ephron style, quipping about their story and their different takes on love. Fabulous!
Read more
Report abuse

Lizzi Lowell
5.0 out of 5 stars Lessons in Love
Reviewed in the United Kingdom on 3 September 2020
Verified Purchase
An entertaining and fearlessly heartfelt story of one man's journey through the labyrinth of life and love in the world of movie making.
Read more
One person found this helpful
Report abuse

Christina Balis
5.0 out of 5 stars Moving...
Reviewed in the United Kingdom on 8 August 2020
Verified Purchase
A most delightful and touching book, beautifully written. Its honesty is disarming, its humour subtle, its humanism deeply moving. No one who has enjoyed movies or known love can remain a spectator.
Read more
Report abuse

PBR
5.0 out of 5 stars It's not just about the movies! It's about LIFE!
Reviewed in the United States on 28 June 2020
Verified Purchase
In a business where honesty is not always the best policy, veteran movie publicist Rob Harris has done something rare. He’s spun his journey, navigating the personal and professional worlds into an entertaining, informative and engaging story. On the business side he admits that; “Movie making is seriously hard but it’s hardly serious. We’re in the toy factory, kids. Paint a smile on and push on.” It’s not just guiding the “stars” or manipulating the “press”. Sometimes it’s thinking fast – like handing his assistant an umbrella to help quiet crickets so his EPK (electronic press kit) team can get all important interviews. Other times it’s helping to negotiate a middle ground when dissident voices raise protests over the story behind a somewhat controversial movie. It’s also about the people he’s encountered along the way. How about the time he had to wrangle the fallout when naked extras marched down the road in protest over their wages? Then there are the unique highs, like the time he was a guest at Nelson Mandela’s home. On the personal side, there is his unflinching analysis of what can happen to a marriage when one of the partners is away all the time and working under incredible pressure. And, what it took to build a new and lasting relationship with a woman who characterized herself as “pathologically independent”. “The Trouble with Love in the Movies” is an even-handed look at the “quicksand” of love and work and how, if you’re strong enough, you can find success in both.
Read more
4 people found this helpful
Report abuse
See all reviews
Back to top
Get to Know Us
Make Money with Us
Let Us Help You
And don't forget:
© 1996-2021, Amazon.com, Inc. or its affiliates