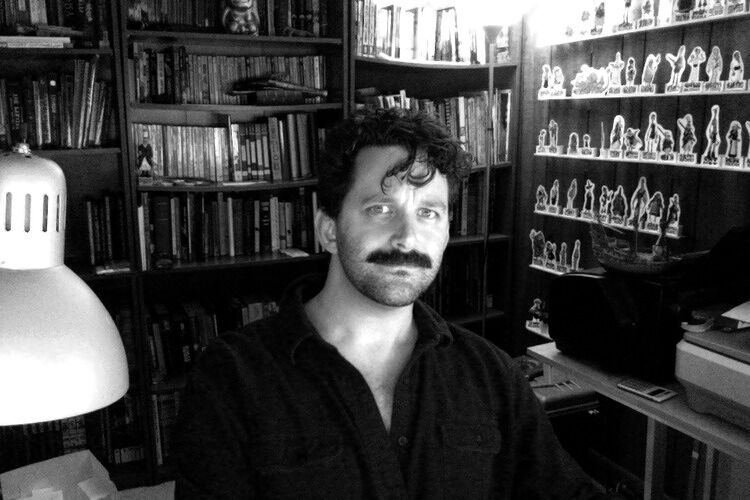 by Chris Schweizer (Author), David Witt (Author)
4.0 out of 5 stars 1 rating
See all formats and editions
Sorry, there was a problem loading this page. Try again.

Are you ready for Tricky Journeys™? You get to decide what happens next in this fun, folklore-themed graphic novel.Coyote is the ultimate trickster, travelling southwestern canyons and hills in search of food and fun. With choices every few pages to decide how Coyote will get out of (and into!) several sticky situations, the reader has the chance to help Coyote outwit hill monsters, moles, and Thunderbird; to find out how the yellow-jackets got their stripes; and to take journeys through several other folktales from Native American traditions.
Read more
Previous page
Next page

This series, written by Chris Schweizer and various illustrators, is a combination of choose-your-own-adventure and graphic novel style books that uses traditional trickster characters from African and Native American folklore. Each title puts the reader in charge of the characters' fates, for better or worse. In addition to the adventurous nature of these books, an element of also humor exists, as the main characters continually try to outwit others. The bright, cartoonish illustrations add to the fast-pace and readers could reread each story many times with different endings. While a majority of each book is written in graphic novel form, there are also a number of pages with more traditional quotation marks to denote speech. This could help reluctant readers make the transition to more challenging texts. The interactivity of this series would make it a fun addition to a library's graphic novel section. --Library Media Connection

Chris Schweizer was born in 1980 and grew up in Louisiana and Kentucky. He received a BFA in Graphic Design from Murray State University, where he also studied English, and his MFA from the Savannah College of Art and Design in Atlanta. He is the cartoonist of the Crogan Adventure Series, an award-winning historical fiction graphic novel series that has made the American Library Association's Great Graphic Novels for Teens list, the Maverick list, and Book Reporter's Core Ten Teen Collection Graphic Novels list, as well as earning Eisner and CYBILS award nominations. Tricky Journeys is his first series for young readers. He teaches comics at SCAD-Atlanta, and lives in Marietta, Georgia, with his wife and daughter.

David Witt is an artist living and working in Saint Paul, Minnesota. His work as a poster artist has been published in the Art of Modern Rock by Paul Grushkin and Dennis King, and Gig Posters by Clayton Hayes. He has done menu screen art for Guitar Hero II, as well as creating numerous T-shirt designs and album art for bands around the world. He continues to work freelance and also finds time to paint and participate in art shows around the country. In the summer he spends most of his time in his garden. His work at Lerner includes Isis and Osiris, The Hero Twins, Nightmare on Zombie Island, Captured by Pirates, and Attack of the Mutant Meteors.

Start reading Tricky Raven Tales: Book 4 (Tricky Journeys ™) on your Kindle in under a minute.

Chris Schweizer (b. 1980) writes and draws stories. His first book, Crogan's Vengeance, is a pirate story and was completed while he was in graduate school, studying Sequential Art at the Atlanta campus of the Savannah College of Art and Design. The book earned Chris his first Eisner Award nomination and likely helped him earn a place on the faculty of the same school, where he taught for five years before deciding to hang up his professor hat and create books full-time. He now lives in Nashville, TN with his wife and daughter.

Chris is the creator of The Crogan Adventures graphic novels, a historical fiction series that recounts the exploits of the various members of the fictitious Crogan family over the last three hundred years. The third book, Crogan's Loyalty, also received an Eisner Award nomination.

In addition the the Crogan stories, Chris is the author (but not the illustrator) of the Tricky Journeys series, a pick-the-ending set of early reader books based on folklore from around the worlds, and wrote and drew the Adventure Time story "The Princess of Rad Hats," in which Finn reluctantly becomes a princess. In addition to books, he does character, prop, and environment design for animation.