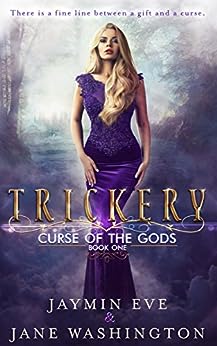 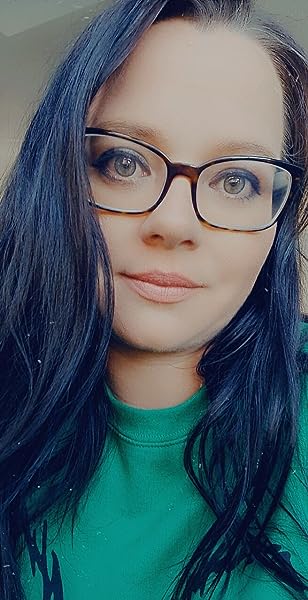 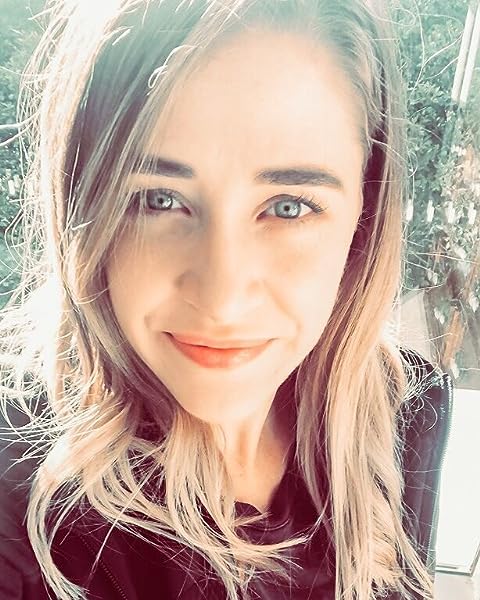 Jane is a quarter-century-old caffeine-addicted manic, stuffed into the body of a passably-functioning human being. She lives in Australia, with a few cacti and a miniature dachshund [see: dictator]. She writes borderline unconventional romance books ... and then tells everyone not to read them. --This text refers to the paperback edition.

4.6 out of 5 stars
4.6 out of 5
1,108 global ratings
How are ratings calculated?
To calculate the overall star rating and percentage breakdown by star, we don’t use a simple average. Instead, our system considers things like how recent a review is and if the reviewer bought the item on Amazon. It also analyses reviews to verify trustworthiness.

OneHandedClap
5.0 out of 5 stars 5 stars worth of HILARITY!
Reviewed in Australia on 24 April 2017
Verified Purchase
I have turned away from many books where the heroine has been described as “Clumsy”. It’s a character trait that I find a lot of good writers struggle with to make endearing, often resulting in many eye rolling situations, like come on…how many times can they honestly trip over nothing but air? Rather than moments where you find yourself either sympathising for the character or in absolute stitches wondering what possible series of unfortunate events will befall them next?

With this said I have loved most of Jaymin Eve’s work and let’s face it, what’s $3.99 worth these days? Well…actually $3.99 but my point is you cant always judge a book by its synopsis.

The heroine of the story is Willa. She is curious and impulsive. She is basically a good person who often finds herself simply in the wrong place at the wrong time. She doesn’t mince words. She says what she means and she means what she says. I adore her.

Let’s meet the Adcurse brothers. There are five of them. Each gifted with a unique talent: Strength, Pain, Persuasion, Seduction or Trickery. They’re ridiculously gorgeous, amazingly talented and very arrogant in a typical alpha male way.

When the Abcurse Brothers meet Willa, they are immediately intrigued with the dweller who has a serious issue with staying vertical, a knack for causing trouble and a strange inability to keep her clothes on. What intrigues them the most though is her un-dweller-like behaviour.

She’s not submissive. She questions everything and she not afraid to speak her mind.

Gravity is not Willa's friend and each of the brothers take every opportunity to save Willa from herself (and the floor) by carrying her around either like a sack of potatoes or cradling her protectively in their strong muscly arms but who is Willa really?

The writers drop several hints throughout the book over who Willa might actually be but this may be an intentional ploy by the writers to throw us readers off track to her real identity?

I love the dynamics of the group and the special bonds Willa forms with each of the brothers. I can’t imagine how the writers are going to single any one brother out to be with Willa (if that is even their intention?) and if the writers do find a way, will us readers be truly happy with it because at the end of the day, all the brothers are lovable bastards.

So looking forward to the next instalment.
Read more
12 people found this helpful
Helpful
Report abuse

So starting at the plot; it was amazing. The story starts out with introducing us to dwellers and their place in society, specifically the two chosen Dwellers who will serve the Sol. Willa (the main female main character) gets chosen by accident to serve, alongside best friend Emmy. Willa's life is surrounded by a series of unfortunate and badly times accidents, which is how she catches the eyes of 5 brothers who like to make trouble.
Life only becomes more interesting for Willa, the more time she spends with the Abcurse brothers, the more it becomes obvious that she is not like every other dweller.
Between interference by Gods, finding out the mystery of the brothers, and finding out where she belongs, the plot is amazing. As the first book in the series, it sets it up beautifully for the rest of the series.

Some spoilers in this paragraph.....
Willa as the main character was so likeable. She was hilarious, kind hearted, had inner strength and was a great person to read about. I loved her relationship with the Abcurse brothers, and I loved that Jane and Jaymin had no problems adding in a romantic feelings with all the brothers. Her close relationship with Emmy was beautiful, and strong no matter the circumstances.
My theory for who Willa is [ That Willa is Chaos's beta or something similar to that effect. I think this because she has been followed by chaotic events her whole life, she's not anything like the other dwellers and she wasn't killed by the curse. I'm so excited to see what her character develops into.
The Abcurse brothers are amazing, both individually and as a unit.
Aros was so sweet, his connection with Willa was really nice, it was also probably one of the more romantic relationships. I can't wait to see more of his powers because he didn't show much of his powers.
Rome was the stoic brother, he did have a strong protective streak which reared its head when Willa needed him or when one of the brothers was getting more handsy with Willa.
Siren seemed to be the more level headed brother, but the way he cared for Willa was so sweet and genuine at some points, I'd love to see more of his gifts and see what he can really do.
Coen seemed to be the more tortured of the siblings at times, and he was quite intense, but I loved every single scene with him in it.
Yael was interesting, he had a really interesting gift that came in handy a lot during this book. Not unsurprising due to Willa's bad luck, but it was so interesting to see it at work. He was another brother that I can't wait to see develop.

The writing was flawless and I couldn't even tell the difference between Jane and Jaymins chapters. I loved every second of this book, I cannot wait for Persuasian and to see where all this goes
Read more
9 people found this helpful
Helpful
Report abuse

Cherylek
3.0 out of 5 stars Willa the clumsy heroine and her five sols/gods.
Reviewed in Australia on 21 June 2017
Verified Purchase
Willa has to be the most clumiest person ever! How she manages to still be alive by the end of the book is quite frankly a mystery. I found the constant clumsiness grating and irritating at times because Willa is actually a great heroine (who I think may be the godess of Disaster).
So, it seems the authors have thrown together a few ancient pieces of mythology, gods and goddesses and set it on another planet.
Hopefully the next book will tone down the clumsiness and Willa will become even more kick ass (here's hoping!).
Read more
5 people found this helpful
Helpful
Report abuse
See all reviews

N A-R
5.0 out of 5 stars Fun!
Reviewed in the United Kingdom on 31 March 2019
Verified Purchase
I won't lie, I was sceptical. People constantly rave about how good and funny these books are. My humour often doesn't align with others so I was cautious, I also have bad anxiety attacks triggered by certain themes I thought might be in the book (the main one related to this book is the heroine being forcefully stripped of choice and unable to voice it.)

So I was pleasantly surprised! I find Willa enjoyable, she has backbone and a sense of confidence which really carries the story. I was constantly thrilled with her reactions to situations and love her responses. Themes that might have triggered me were instead handled well, which I very much appreciated.

I don't quite know how I feel about the boys yet, I think I need to read more to see how their relationship with Willa develops.

I'm cautiously optimistic that I will enjoy the rest of the books, so onward I go!
Read more
9 people found this helpful
Report abuse

Toni Glitz
5.0 out of 5 stars Oh my Gods! What a start to this series
Reviewed in the United Kingdom on 2 February 2021
Verified Purchase
This is the first in the Curse of the Gods series. I loved every second of this book.
Fantastic world building, strong main characters and secondary characters and our heroine is the most clumsy, accident prone, wilful and wonderful of them all. I just love her. She charges her way through life, despite being a down to earth ordinary person surrounded by powerful and ambitious beings.
The writing is funny and scenarios outlandish and it all works so well.
I have so many things I should be doing but instead I'm about to get book two because I can't put this story down.
Read more
Report abuse

C. C. Chivers
3.0 out of 5 stars For teenagers or those who want to feel like one again!
Reviewed in the United Kingdom on 14 June 2017
Verified Purchase
Let's just say this: it made me feel like a randy teenager again for a while. Nevertheless, it could have been better! The storyline was predictable and rather transparent. The characters lacked depth. What's the bet that the heroine ends up having powers or becoming 'chaos' at some point? All the same, I will probably buy the next book just for the imagery!
Read more
4 people found this helpful
Report abuse

I
4.0 out of 5 stars Fun Read
Reviewed in the United Kingdom on 26 June 2017
Verified Purchase
I thought I might find Willa's internal monologues irritating when I read about them in reviews of this book. I bought the book any way because I was intrigued by the storyline. The internal monologues turned out to be very amusing and not at all off-putting.
Love the Abcurse brothers.
Read more
4 people found this helpful
Report abuse

Book Lover Rock!
5.0 out of 5 stars Great start to a series.
Reviewed in the United Kingdom on 12 August 2017
Verified Purchase
I loved the first one and I was certainly not disappointed with this one.

The characters are well developed and entertaining. The main character is lovable, funny and clumsy and her men are a good mix of protective and annoying to make things interesting. The book is well written, no noticeable typos or mistakes. Very good series and im eagerly waiting for the third.
Read more
4 people found this helpful
Report abuse
See all reviews
Back to top
Get to Know Us
Make Money with Us
Let Us Help You
And don't forget:
© 1996-2021, Amazon.com, Inc. or its affiliates