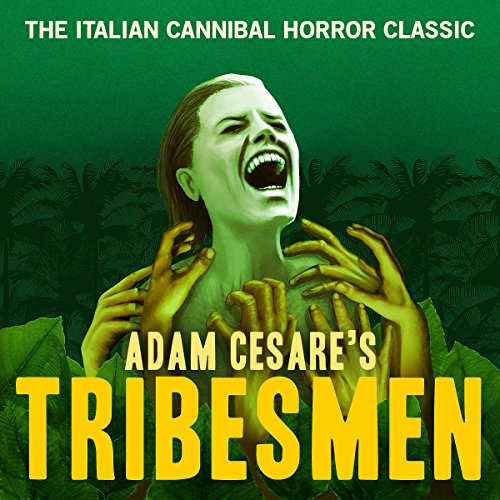 4.4 out of 5 stars
4.4 out of 5
91 global ratings
How are ratings calculated?
To calculate the overall star rating and percentage breakdown by star, we don’t use a simple average. Instead, our system considers things like how recent a review is and if the reviewer bought the item on Amazon. It also analyses reviews to verify trustworthiness.

Kindle Customer
4.0 out of 5 stars A bloody good read.
Reviewed in Australia on 5 August 2020
Verified Purchase
Starting this I thought it was going to be a homage to the cannibal movies of the 70s and it was, but have to admit that it went in a direction I didn't expected but made me enjoy the story much more. Well worth a read.
Read more
Helpful
Report abuse

The Grim Reader
TOP 1000 REVIEWER
5.0 out of 5 stars Hungry?
Reviewed in Australia on 7 February 2015
Verified Purchase
This is Adam Caesar's tribute to classic movies like cannibal ferox, cannibal holocaust. The writing is tight, as you would expect and the book moves along at great pace. Another great read from a great author.
Read more
Helpful
Report abuse

Phoenix
5.0 out of 5 stars Great horror read
Reviewed in Australia on 18 June 2021
Verified Purchase
A grest read. Delivered in every way. This is the 2nd book I've read by the author, he knows his horror. Highly recommend
Read more
Helpful
Report abuse

Zachary Ashford
5.0 out of 5 stars Great gory fun
Reviewed in Australia on 18 September 2019
2012’s Tribesmen, one of Adam Cesare’s earlier pieces, has recently been granted an awesome new cover by expert designer Matt Revert. As a result, there’s renewed interest in the book, which harks back to and homages classic Italian cannibal movies of the past like Cannibal Holocaust. Tightly plotted, it features a fun and colourful cast of characters, gripping action sequences and some excellent gore visuals.

I’ve had the pleasure of reading two of Cesare’s novels and a short story, and it’s easy to see why the author has received plenty of praise for his works. He’s got a real knack for writing horror that’s slick and easy to read. For me, he really invokes some of that juvenile joy I used to get from watching action horror films as a teenager. Cesare knows exactly how to keep you on the edge of your seat while still making you care about the characters.

That said, the characters in Tribesmen are a larger-than-life cast of film-makers, actors, production assistants and ghosts. Amongst this assembly, the pre-requisite characters are fleshed out in glorious detail. In particular, Cesare provides us with an arrogant actor named Umberto, a sleazy director named Tito, a conflicted cinematographer named Denny, a desperate screenwriter named Jacques and tough-as-nails final girl, Cynthia. These characters – aside from the ghosts – are tasked with producing an answer to the fore-mentioned Italian cannibal films on a budget. And that’s where the ghosts come in.

In the novel’s explosive opening, Cesare gives us a prologue detailing the horrors that led to the deaths of the Island’s indigenous tribe and the curse that’s left behind. From there, things happen quickly. We join the cast and crew of the forthcoming movie en route to this unnamed Island and Cesare wastes no time in letting things go awry. Before you’ve had a chance to breathe, some of the characters – driven by the curse and the ghosts of the long-gone tribe – are set at odds in particularly gruesome fashion. Obviously, the death-toll rises.

With Umberto, Denny and Tito acting as a crazed trio of antagonists, Cynthia and Jacques have to survive a series of brutal attacks, taut chase scenes and bloody battles. Throughout all of this, Cesare’s breakneck pacing and ability to build tension through a plot that makes it feel like there’s no escape for our protagonists, make this a real page-turner.

In summary, this one is short, savage and simply gripping. If that’s your thing, pick it up. With Matthew Revert’s killer new cover and Cesare’s trademark brutality in full swing, you’ll have a book that looks awesome on your shelf as well as one that’s entertaining from start to finish.
Read more
Helpful
Report abuse
See all reviews

smileysmile18
5.0 out of 5 stars Paperback Nasty
Reviewed in the United Kingdom on 6 April 2018
Verified Purchase
I bought this book on the strength of its excellent and highly evocative cover.
At just over 100 pages I was expecting something on the level of Guy N. Smith but was pleasantly surprised to find a confidently written and frequently amusing homage to Ruggero Deodato's horror masterpiece Cannibal Holocaust.
There's some brief set-up and then the bulk of the story is one long, violent set-piece. I was surprised by the supernatural direction the story went in, and unlike its cinematic inspirations, the book is thankfully animal-cruelty free.
A must-read for fans of Italian horror and Video Nasties
Read more
Report abuse

midi19
4.0 out of 5 stars 80s throwback horror
Reviewed in the United Kingdom on 7 October 2017
Verified Purchase
A decent story that has the feel of an 80s cannibal video, using the good old stuck-on-an-island scenario. It's not that scary and it could have been a bit more violent for this genre. Love the retro cover art.
Read more
Report abuse

the reader
4.0 out of 5 stars yum yum
Reviewed in the United Kingdom on 16 July 2014
Verified Purchase
Not bad tells story of film crew going to make a film in the Caribbean,only for some of them to go mad .blood guts and Gore,the book could have been a bit longer,overall not bad
Read more
One person found this helpful
Report abuse

David
5.0 out of 5 stars Five Stars
Reviewed in Canada on 4 October 2016
Verified Purchase
This book was sweet. I had fun reading it.
Read more
Report abuse
See all reviews
Back to top
Get to Know Us
Make Money with Us
Let Us Help You
And don't forget:
© 1996-2021, Amazon.com, Inc. or its affiliates