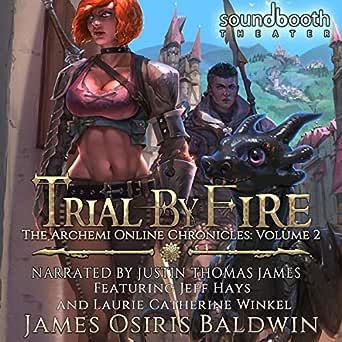 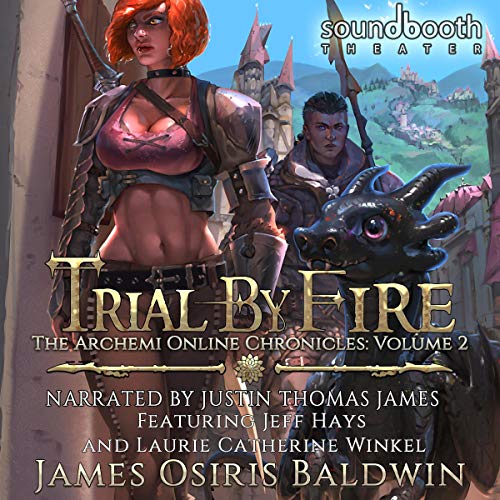 4.6 out of 5 stars
4.6 out of 5
86 global ratings
How are ratings calculated?
To calculate the overall star rating and percentage breakdown by star, we don’t use a simple average. Instead, our system considers things like how recent a review is and if the reviewer bought the item on Amazon. It also analyses reviews to verify trustworthiness.

I loved it and expect I'll be rereading it again in the future. This book is a solid 4 and a half stars which I've bumped up to five as Amazon doesn't do half stars.
Read more
One person found this helpful
Helpful
Report abuse

Dave
TOP 500 REVIEWER
4.0 out of 5 stars Good book.
Reviewed in Australia on 30 August 2019
Hector & Karalti, Suri and Cutthroat are working on growing and investigating for the Raven. They find another Earthborn person who has been transferred into Archemi, and more trouble from the forces they escaped.
Another excellent book in the series, and waiting for book 3.
Read more
Helpful
Report abuse

CJF
TOP 500 REVIEWER
5.0 out of 5 stars A Great Read
Reviewed in Australia on 20 October 2018
Well written, a world that inspires your imagination, great game play and an engaging MC. This books has all these ingredients of good LiTRPG making it a great read. I can’t wait for the next instalment.
Read more
One person found this helpful
Helpful
Report abuse

David Ramsey
4.0 out of 5 stars Enjoyable action
Reviewed in Australia on 26 July 2018
It is a well written story that keeps adhering to the gaming terminology and statistics. The world being created is fascinating and the reader can have the same challenge as the main character.
Read more
One person found this helpful
Helpful
Report abuse
See all reviews

Kindle Customer
5.0 out of 5 stars Enjoyed reading
Reviewed in the United Kingdom on 14 December 2018
Verified Purchase
Enjoyed reading both books, can't wait for the next and see how the story and characters develop, gotta love Dragons, Combat and Magic.
Read more
Report abuse

Geraldine O'Leary
5.0 out of 5 stars Great sequel
Reviewed in the United Kingdom on 1 October 2018
Verified Purchase
This was an amazing litrpg book that got the mix between story mechanics and character development just right. James is doing a great job with the series and I can't wait for the next book
Read more
Report abuse

Rita P. Matthewman
5.0 out of 5 stars a bit different and makes you want to keep reading
Reviewed in the United Kingdom on 5 April 2019
Verified Purchase
Nothing to dislike ,love it, reminds me of the film Avatar great fantasy story
Read more
Report abuse

Romana Gruber
5.0 out of 5 stars Loved it
Reviewed in Germany on 31 January 2020
Verified Purchase
I basically devoured the first book in this series and loved it. Hector and his growing group of friends are all well written and charming in their own way.
The world of Vlachia was a lived in country and for a while everything seems really dark. I'm happy that I can go on and read the next part of his journey right now.
Read more
Report abuse

Dave Nicholson
4.0 out of 5 stars Well worth reading.
Reviewed in Canada on 3 June 2018
Verified Purchase
Thoroughly enjoyed this one. I had a few qualms about the 1st one, but the 2nd book made slogging through it worth the effort. If the next one is the same level I definitely want to follow the series.
Read more
Report abuse
See all reviews
Back to top
Get to Know Us
Make Money with Us
Let Us Help You
And don't forget:
© 1996-2021, Amazon.com, Inc. or its affiliates