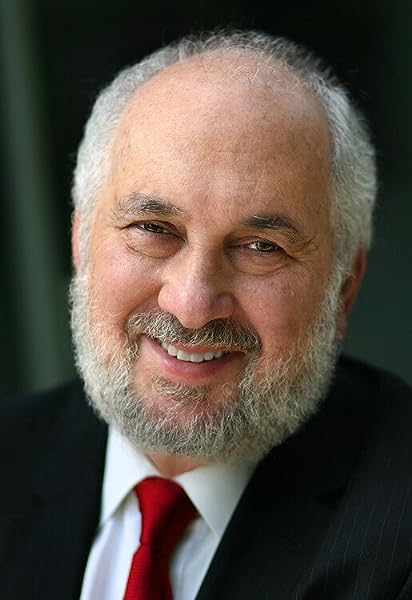 A fascinating tale that combines spy thriller elements, political skulduggery, and courtroom drama. This Washington is an intriguing characterization, allowing Rosenberg to explore the importance of force of personality in leadership and victory.

Fresh, fun fiction that weaves some intriguing historical themes of what might have happened.

There is enough derring-do here for those seeking an exciting read, and plenty of legal and political maneuvering to satisfy thrill seekers from the legal suspense genre.

Wonderful! From the very first page a thrilling, beautifully imagined 'what if ' story-I read it straight through at a gallop!

Charles Rosenberg is the author of the legal thriller Death on a High Floor and its sequels. The credited legal consultant to the TV shows L.A. Law, Boston Legal, The Practice, and The Paper Chase; he was also one of two on-air legal analysts for E! Television's coverage of the O. J. Simpson criminal and civil trials. He teaches as an adjunct law professor at Loyola Law School and has also taught at UCLA, Pepperdine, and Southwestern law schools. He practices law in the Los Angeles area, and is a graduate of Harvard Law School and Antioch College, where he majored in history.

Alex Wyndham, an Oxford University and Royal Academy of Dramatic Art graduate, is a narrator and voice talent who can be heard on Apple TV campaigns and Discovery Channel documentaries. He also has a successful screen career and has starred in several BBC and HBO shows, including the Emmy-winning Little Dorrit and Rome, and in films including Kenneth Branagh's As You Like It.

Ronald S. Barak
5.0 out of 5 stars A Fascinating, Educating and Entertaining Tale
Reviewed in the United States on 27 November 2019
Verified Purchase
This is a both a fascinating, educating, and entertaining tale of alternative fiction: Fascinating because I don't generally read historical fiction and was mesmerized by how people of these times had to confront and deal with the lack of modern day technology; educating because it gave me an enhanced insight of these extraordinary times and events that had somehow otherwise eluded me; and entertaining, to my surprise, that the characters and the settings just kept me wanting to read on. Mr. Rosenberg has done a great job and I highly recommend this unusual, clever, and engaging novel to all readers.
Read more
4 people found this helpful
Report abuse

Mal Warwick
4.0 out of 5 stars Well done, but we never learn whether Washington was truly "the indispensable man"
Reviewed in the United States on 22 September 2020
Verified Purchase
I admit it. The real reason I read alternate history is that I’m fascinated by what-if speculation about the twists and turns of history. What keeps me reading are the imagined consequences that flow from events that didn’t happen or decisions that were never made. To my disappointment, this was not the case with Charles Rosenberg‘s otherwise excellent novel, The Trial and Execution of the Traitor George Washington. I was hoping to learn whether the general was, indeed, the “indispensable man” he has famously been described as being. Instead, Rosenberg elected to tell a simple, straightforward story about the abduction and trial of the American Commander-in-Chief and the circumstances surrounding it. Despite the book’s title (since book titles are often misleading), I was hoping for an alternate history of the early years of the United States after the Revolution, and I didn’t get it.

In Charles Rosenberg’s alternate history, British Prime Minister Lord North secretly sends Col. Jeremiah Black across the Atlantic with orders to capture George Washington and bring him back to London. There the British will put him on trial for sedition. It’s late fall 1780, and the war is going badly for Britain. The Treasury is not yet bare but is quickly heading in that direction, drained by the twin demands of war with the French and the American debacle. Black’s orders are precise and suspiciously difficult to execute, but the veteran soldier is a resourceful man.

With the active help of a network of Loyalists in New Jersey, he succeeds. Not only does he manage to spirit the American Commander-in-Chief away from his headquarters but to carry him back across the ocean, too. This, despite Washington’ several clever escape attempts.

An opportunity to negotiate an end to the American Revolution

Meanwhile, the Continental Congress quickly follows up Washington’s abduction by dispatching a war hero and well-regarded Philadelphia lawyer named Ethan Abbott to London to negotiate for the General’s release. What follows is a detailed account of Abbott’s efforts to secure an end to the war and return Washington home to America. Conditions seem highly favorable for an agreement, since both sides are hurting badly. But it soon becomes clear in the ensuing negotiations with Lord North that the two objectives are mutually exclusive. And it turns out that Washington has plans of his own. It looks as though all the drama will come to a head in the ensuing courtroom drama.

We never learn if Washington is truly the “indispensable man”

In 1974, an eminent American historian named James Thomas Flexner published the four volumes of what many consider the definitive biography of our first President. The concluding book in Washington: The Indispensable Man won the National Book Award and garnered a special Pulitzer citation. As the title implies, Flexner considered General Washington to be the linchpin of the American Revolution and the country’s early government. And that seems to be a reasonable conclusion to draw from history. Too bad Rosenberg didn’t examine the consequences for the new nation in Trial and Execution.
Read more
Report abuse

A Jurist
5.0 out of 5 stars Was Washington a Traitor?
Reviewed in the United States on 21 July 2018
Verified Purchase
What do you get when a creative mind melds with a brilliant lawyer and gifted writer? Charles Rosenberg takes us back to our Revolutionary War against mother country Britain and imagines what if the British had managed to arrest General George Washington and smuggle him across the Atlantic to stand trial in London for treason in strict accordance with established British common law and principles of international law. In a carefully researched and fascinating history lesson, Rosenberg details a daring plot hatched by First (Prime) Minister North, who is desperate and under pressure from an angry King George III and a Parliament and citizenry to end the drain on blood and treasure wrought by our costly and protracted rebellion, as well as the concurrent Anglo-French War. Once Washington is imprisoned in the Tower in London, Rosenberg treats us to a suspenseful interplay between the Continental Congress’ delegation trying to negotiate Washington’s freedom and the inexorable British judicial system that assures Washington receives due process of law before he can face a traitor’s gory death. A compelling, engrossing book from start to finish. What if ...?
Read more
3 people found this helpful
Report abuse

Karen A. Wyle
5.0 out of 5 stars Satisfying alternate history, with courtroom drama not straying into melodrama
Reviewed in the United States on 19 July 2020
Verified Purchase
I may be rounding up a little, but not a lot.

I enjoy both historical fiction and alternate history, when well constructed and researched. This book meets those requirements, as far as I can know without doing my own research. The only historical character in the book about which I know something (though not a great deal) is George Washington, whose portrayal in this book fits what I know about him.

The characters are three-dimensional, and the plot moves nicely along (not at a breathless pace, but it worked for me). I particularly enjoyed the view into an 18th century British courtroom.
Read more
Report abuse
See all reviews
Back to top
Get to Know Us
Make Money with Us
Let Us Help You
And don't forget:
© 1996-2021, Amazon.com, Inc. or its affiliates