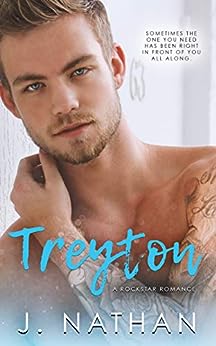 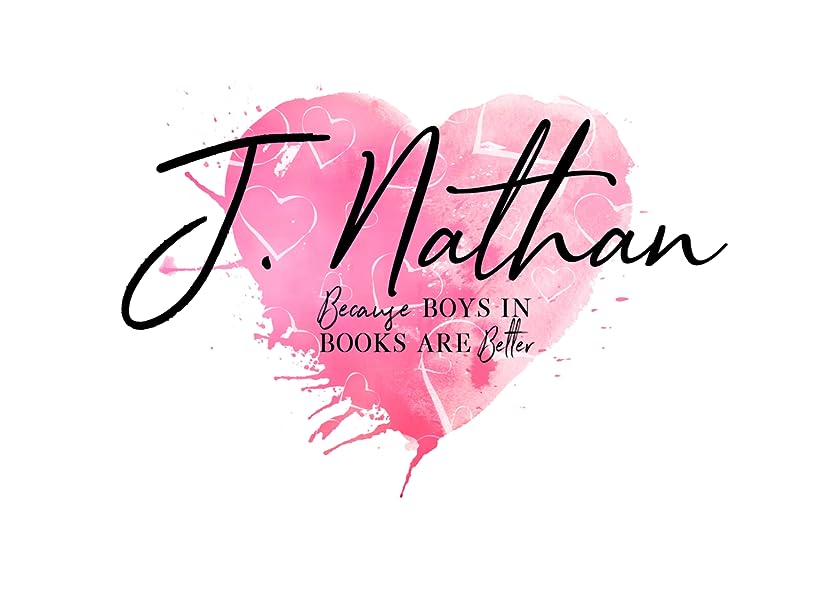 Samantha
5.0 out of 5 stars Holy rockstar
Reviewed in the United Kingdom on 3 February 2020
Verified Purchase
So I started following this band with kozart and he was my first dip into J Nathan’s world of creativity. I have to say I loved this book from start to finish, I laughed, I cried I wanted to slap Brie, Trey, Z and the barstool of a person Brie has as a father. But I find my favourite books usually having me wanting to hurt someone cause they’ve been stupid. I love the relationship between Brie and Trey once they both finally let the walls down. You won’t be disappointed with this one
Read more
Report abuse

Jeeves Reads Romance
5.0 out of 5 stars LOVED this
Reviewed in the United States on 3 February 2020
Verified Purchase
So good... I devoured this at an alarming rate, not letting anything interrupt my enjoyment of this chemistry-filled, light yet also heartbreaking read. I wasn't sure how I was going to feel about Treyton (the character) at first, but I should not have worried because he was so, so swoonworthy - kind of adorable but also sexy and focused on his girl. His backstory plays a major role in the story, which takes this otherwise light read and adds an emotional punch. It flew by and left me wanting more of this series of rock star romances.

The story follows Treyton, the troublemaking drummer of a major rock band whose antics cause his PR team plenty of headaches. It's been Brielle's job for the last five years to clean up Treyton's messes, so to say that they are an unlikely couple would be an understatement - even if Brielle didn't have a boyfriend and Treyton was capable of more than a one night stand. Brielle is so focused on her work that Treyton only sees the buttoned up side of her, and Treyton causes Brielle so much trouble that she only sees the wild. When Brielle joins the band on tour for the first time and they decide to call a truce, the dynamics change. Treyton and Brielle dig deeper for the first time and discover that they have a lot more in common than either expected.

Kozart was my introduction to J. Nathan's work and I really loved that story, so I was looking forward to more from the series. Treyton absolutely did not disappoint. It's a quick read that flies by, but there's enough depth that you really feel like you get to know the characters. They're so much more than what they seem on the surface, and the chemistry that sparks between Treyton and Brielle was easy to see from the very beginning. It's not often that I want my romances to be longer, but my only complaint would be that I wanted MORE of these two. Here's hoping we get more from this series of standalones - there's certainly plenty of untapped potential there. I received an ARC via Give Me Books and am voluntarily leaving a review of this rock star romance.
Read more
16 people found this helpful
Report abuse

Peggy M
5.0 out of 5 stars I loved this story just as much as the first one
Reviewed in the United States on 3 February 2020
Verified Purchase
I received an ARC of this book and this is my voluntarily, honest review of it.

Can you read this book without reading the first one? I think you can but I also think that you will miss on little things that refers to situations that happened in the first book. But still, I think it can be read as a standalone too.

After reading and loving ‘Kozart’ the first book in this rock star series, I was very curious about the next story. And this time we get the story of Treyton (the drummer of the band) and Brielle (their publicist). Although we got to see glimpses of them in the first book, it was only that, glimpses. Not enough to really get to know them, so that got me very curious about them.

How would these two people who were so opposite of each other fall in love? One thing that they had in common is that both learned from an early age to hide their most vulnerable side, their heart and feelings from the outside world. To only show the people around them what they wanted them to see. Treyton did this by being the bad boy, who showed everyone a fun time and Brielle by becoming a business woman with attitude in a men world. For years, they only see each other this way too until that all change and they get to know each other on a much deeper level, bit by bit.

I liked both characters very much. Brielle is this hard-working, dependable, calm woman who also has a funny, adventures side that she hides and Treyton is charming, funny, easy-going and confident but he also has a sensitive and serious side hidden. The chemistry and the banter between Brielle and Treyton were entertaining, funny and emotional. I loved every minute of it. The writer again created a story that is easy to read with amusing moments in it but also with a lot of emotions. And again she wrote about a difficult theme but without making it too dark or difficult. No, it’s writing with hope and positivity. That is one of the things that I like about J. Nathan’s stories.

The story is told in both POV’s. This time we get to know the band ‘Savage beasts’ much better and it’s wonderful to see Z and Aubrey back. It’s also fascinated to see how life is when the band makes a world tour. I’m so happy that the writer not only have us one but two epilogues!!

When I started this book, I didn’t expect it but Treyton really gave Z some hard competition here for the most favourite band member and boyfriend in this rock star series.

I’m already wondering if the writer will write more stories in this series. If so, I’m looking forward to them!
Read more
12 people found this helpful
Report abuse

Lisa(New Hampshire)
5.0 out of 5 stars "Be my family and I'll be yours."
Reviewed in the United States on 3 February 2020
Verified Purchase
Brie is tired of rescuing Trey from the situations he gets himself in after each concert when the groupies flock to the side door, hoping for a glimpse of the sexy drummer. She understands this was part of her job, but his arrogant attitude and destructive behavior were wreaking havoc with her life. They are like night and day, oil and water and will never be on the same page.

Trey is tired of Brie judging him for his behavior, because she doesn’t know him at all. She just assumed he was a big partier who spent all his time with his eager and willing fans. The band and the music are his family and the most important part of his life. Trey loses himself in the music each night and the songs tell a story with each note that is sung, and with every beat of his drumsticks. Brie can think what she wants, but he didn’t need a babysitter and he certainly didn’t need her.

But what if they did need each other, but couldn’t admit their feelings?

“If we could take the time
To lay it on the line
I could rest my head
Just knowing you were mine”
(November Rain, by Guns and Roses)

Once again, Ms. Nathan has given us another romantic and emotional tale in her Rockstar Romance series, which I absolutely love. Her series is special and unique because the band members are not only friends, but they are a family, who are always there for one another. They aren’t afraid to show their emotions and they treat women with respect and gentleness. I was moved by the romance that slowly grew between Trey and Brie, and I laughed and cried along with them on their journey.
Read more
5 people found this helpful
Report abuse

CeeJay Daisy Booklover
5.0 out of 5 stars ♥️🌼Trey And Brie And Rock and Roll🌼♥️
Reviewed in the United States on 10 June 2020
Verified Purchase
Treyton Collins is the kick-ss drummer for Savage Beasts with a past he would rather stay there...For five years, Trey has been a constant problem for the band’s publicist...She’s always having to clean up his messes....until he sees something better...something more...something he likes....Brie...♥️🌼
Brielle Patrick is the bad-ss publicist for Savage Beasts...She doesn’t get close to anyone or let anyone get close to her...She works for her father’s company, but she is never good enough for him...and she’s ALWAYS trying to prove herself to him....Mr. Patrick is cold and cruel, and he may be the worst father ever!!♥️🌼
Treyton and Brielle are two of a kind...They both had a rough childhood...lost their mothers young...and they are, obviously, who they are because of it...and I think they are also drawn to each other because of it...I loved Treyton and Brielle...and their chemistry and their need for each other is palpable....Another good book by J. Nathan...♥️🌼
Read more
Report abuse
See all reviews
Back to top
Get to Know Us
Make Money with Us
Let Us Help You
And don't forget:
© 1996-2021, Amazon.com, Inc. or its affiliates