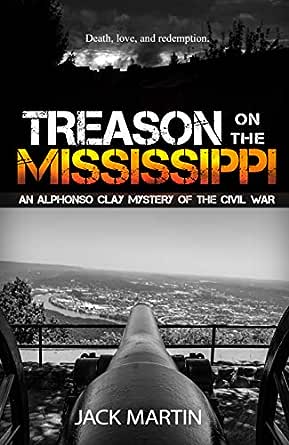 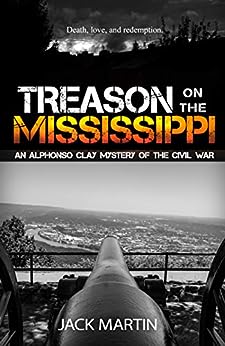 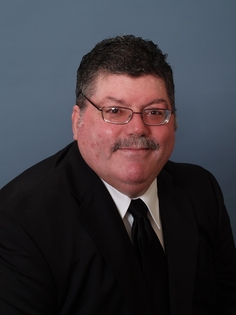 A story of death, love, and redemption.

An act of treason, a calculated murder…Grant's campaign in the West is finished unless the case is solved.


The John Brown depicted is not the infamous Brown who ignited the War Against the States but a former Boston detective who solved a gruesome child murder case which caught the eye of Abe Lincoln, appointing him to U.S. Grants army. Brown uncovers treason at the highest levels of the Union Army. He sends for the one person who can help him with the investigation, Cpt. Alphonso Clay but before Clay could meet with Brown, Brown is assassinated. Now it is up to Cpt. Clay to decipher Brown’s cryptic notes and follow his deductive instincts to solve the murder, unveil the traitors, and ensure the Union’s victory at Vicksburg, a decisive battle of the war.

T. Graziano
5.0 out of 5 stars Buy This!
5 April 2019 - Published on Amazon.com
Verified Purchase
Beyond the detailed and accurate representation of the events of the Civil War, Mr. Martin creates a second veiled world in which the main character, Alphonso Clay, lives and operates. Clay was the product of selective breeding by a secret society. This origin leaves Clay pursued by his own devils which sometimes cannot be contained. Clay’s history of personal loss and his peculiar view of the world make him somewhat monstrous and eminently suitable to deal with murder and treachery.

Mr. Martin is an avid historian who skillfully blends the harsh, gritty reality of the War with the slightly off-center world of Clay who is quirky, a little scary and occasionally savage.

Mr. Martin creates a tale of suspense, action, intrigue and a touch of humor to captivate the reader. I heartily recommend this book and its successors.

Jeanie
5.0 out of 5 stars Best Civil War book ever!
13 March 2019 - Published on Amazon.com
Best Civil War book ever!
Jack Martin has you hooked from the first sentence in Treason on the Mississippi, the first in a series of 4 Alphonso Clay mysteries. I plan on buying all of them. What a gripping story teller! What makes it so fantastic is that he uses real people and events to create this new twist in history. I could not put it down!
— CJ Loiacono
Read more
Go to Amazon.com to see all 2 reviews 5.0 out of 5 stars
Get FREE delivery with Amazon Prime
Prime members enjoy FREE Delivery and exclusive access to movies, TV shows, music, Kindle e-books, Twitch Prime, and more.
> Get Started
Back to top
Get to Know Us
Make Money with Us
Let Us Help You
And don't forget:
© 1996-2020, Amazon.com, Inc. or its affiliates