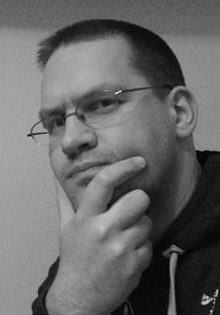 E.J.S
4.0 out of 5 stars Death to the false emperor
Reviewed in the United Kingdom on 10 July 2019
Verified Purchase
Good selection of short stories all focusing on traitor marines. Vox Dominus was a pleasant surprise. Years ago the Word Bearers omnibus was my first venture into 40k, and reading a story with Marduk and Kol Badar in it was like catching up with old friends I hadn’t seen in ages. Some stories are better than others but all in all well worth reading. If this review has helped you, then please hit the helpful button. Thanks
Read more
One person found this helpful
Report abuse

W Hickey
5.0 out of 5 stars Great gift
Reviewed in the United Kingdom on 1 July 2020
Verified Purchase
Bought as a gift they're very happy with it
Read more
Report abuse

Mr. Asn Haddock
5.0 out of 5 stars fantastic
Reviewed in the United Kingdom on 10 January 2013
Verified Purchase
absolutely amazing ! What a brilliant book from the black library and of course always cheaper from amazon
the stories are excellent the condition of the book was great and it was delivered right on time
Read more
Report abuse

JPS
4.0 out of 5 stars Mostly good, with some better than others
Reviewed in the United Kingdom on 10 October 2012
Verified Purchase
This book is a collection of nine short stories of Traitor Space Marines by nine different authors. As such, it is somewhat more difficult to rate than a single story, if only because a reviewer has nine opportunities of being influenced by her/his personal preferences and biases. Another implication is about statistics: the higher the number of stories included in a single volume, and the lower the chance that this volume will be either one star or five stars, simpler because the chances for ALL stories to either excellent or worthless decreases with the number of stories included.

In this collection, some stories are, of course, weaker than others, and some have flaws. I particularly liked Bitter End (featuring Huron Blackheart), We are One (and another of the Alpha Legion's terrible deceptions) and Torturer's Thirst (about the Death Company of the Flesh Tearers).

I also found that, surprisingly given that I considered his Night Lords trilogy to be simply superb, one of the weakest was Aaron Demski-Bowden's Throne of Lies. While the idea inspiring the story is a good one, the story itself seems to lack consistency, although I may have simply missed the point. Contrary to other reviewers, I very much liked "The Long War". It is indeed confusing but I believe this is quite deliberate and reflects the author's attempt to show how the old Horus Heresy Iron Warrior is himself confused and mixes up past and present.

I was less enthusiastic about "Vox Dominus" (where Word Bearers come across an element of the Death Guard), although I admit that I might be a bit biased and unfair here: I do not like the Word Bearers very much and was not impressed by Anthony Reynolds books on it. As for the three first stories in the book, I found them ok to good, although, just like anopther reviewer, I had a bit of a problem with Liberator where a handful of Sons of Guilliman turn traitor for reasons that I found somewhat unconvincing.

So, after hesitating quite a bit between a "solid" three stars or an "only just" four stars, I finally decided to go for the latter. To be perfectly honest, I could have just as well tossed a coin, as it could have been either.
Read more
6 people found this helpful
Report abuse
See all reviews
Back to top
Get to Know Us
Make Money with Us
Let Us Help You
And don't forget:
© 1996-2021, Amazon.com, Inc. or its affiliates