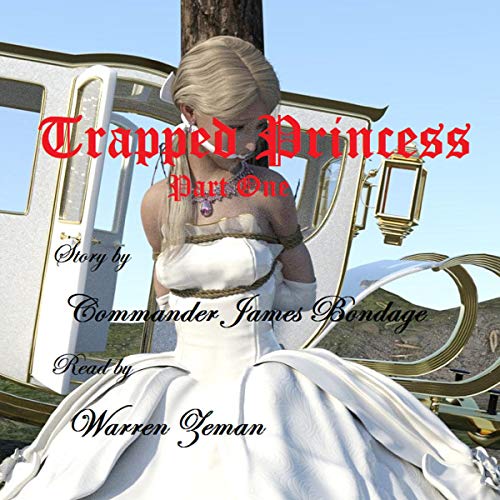 The King of Neustadt was dying, and young Princess Victoria was about to ascend to the throne, but someone had other plans for her. The princess and her close friend Lady Ariel found themselves stuffed into a sack in the middle of the night to end up at the nonexistent mercy of the sadistic Baron Frederick Harzel. Delighted to have two such beautiful young virgins under his control, the Baron wastes no time in starting their training for his bedroom.

3.2 out of 5 stars
3.2 out of 5
5 global ratings
How are ratings calculated?
To calculate the overall star rating and percentage breakdown by star, we don’t use a simple average. Instead, our system considers things like how recent a review is and if the reviewer bought the item on Amazon. It also analyses reviews to verify trustworthiness.

History Fanatic
3.0 out of 5 stars A better than Grimm's Fairy Tale
Reviewed in the United States on 25 August 2019
Verified Purchase
This was believable in its context. I did find myself absorbed in reading it. A bit more use of rope might help it along. I will have to see what happens in part 2.
Read more
Report abuse

walterblow i love other movie to & horror & monster action westerns
5.0 out of 5 stars i like &love it
Reviewed in the United States on 3 February 2019
Verified Purchase
i love the princess in danger
Read more
Report abuse
See all reviews
Back to top
Get to Know Us
Make Money with Us
Let Us Help You
And don't forget:
© 1996-2021, Amazon.com, Inc. or its affiliates