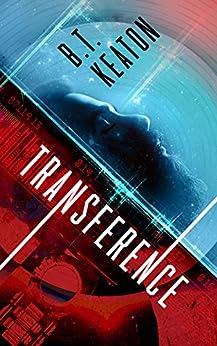 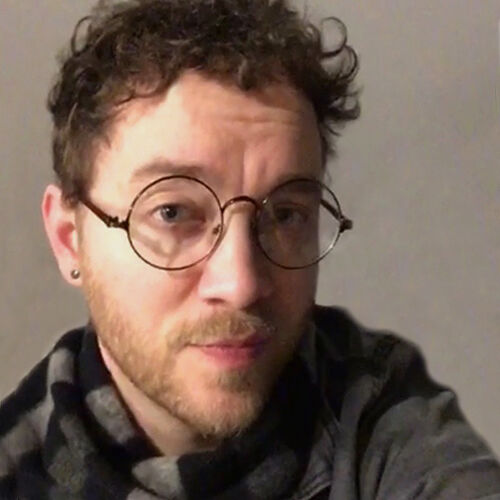 "A crackerjack of a debut... a gritty tale of identity switching and real emotional pain. The pages (or screens) will fly by!" - Robert J. Sawyer, Hugo & Nebula award winning author of The Terminal Experiment

"Self-sacrifice, a desire for vengeance, and a mother's love could save the world in Transference, a fantastical novel of epic scale." - Foreword Clarion, ★★★★

"Fans of epic, constantly evolving arcs will be pleased with the multiplying trajectories whose resolutions always propel future events. The mix of theology, technology, action, and melodrama gives fans of intricate thrillers much to chew on." - Publisher's Weekly

"Transference is a debut gem in the sci-fi genre. The small details bring this world alive, engaging readers immediately with clever tech and societal nuances. This is a book that will make readers think, but is also rife with unexpected twists to please those readers seeking an astral escape." -Self-Publishing Review, ★★★★1/2

"Transference explains the purpose of human suffering and the essential nature of hope in the struggle that is life. Keaton creates a science fiction masterwork that explores human identity and the dignity of the person without unnecessary moralizing." -IndieReader.com, ★★★★★

"Transference by B.T. Keaton is quite the accomplishment... something magnificent is attempted and then successfully pulled off. I respect a person that aims for the moon and then arrives there in spectacular fashion." -Ray Simmons, Readers Favorite, ★★★★★

"Keaton's debut novel combines a thrilling yet fundamentally human story about a man searching for his family, with a sobering exploration of how a radical technology can be exploited by those in power for their own gain." -Alex Mitchell, The Bookbag.co.uk, ★★★★

"Sometimes technology and the prescriptive nature of religious speculation overwhelm sci-fi thrillers, but this tale has a balanced blend of realism, philosophical inquiry, and speculative detail. Keaton just might attain literary immortality with this commanding debut novel." - Kate Robinson, The US Review of Books (Recommended)

B.T. Keaton was raised in the U. S. of A, and is always reminded of the wonder of his youth when visiting East Tennessee. Now in his early 40's he is a citizen of Aotearoa, and has called its beautiful capital city of Wellington home for over ten years. Some of Brandon's career highlights include slaving joyfully in big-box retail, making coffee for advertising execs, and duty-managing a craft beer brewery. He is also passionate about animals and has an undying affinity for gummy bears. Brandon is a member of The Science Fiction & Fantasy Association of New Zealand, SpecFicNZ, and The Libertarian Futurist Society. He is currently penning the sequel to TRANSFERENCE, his debut indie novel. --This text refers to the paperback edition.

Steven Lawson
5.0 out of 5 stars Great read
Reviewed in Australia on 18 November 2020
Verified Purchase
An intriguing storyline. Well thought out plot and I was unable to predict what was going to happen, which I always enjoy.
I look forward to the next book.
Read more
Helpful
Report abuse

Steve Papas
5.0 out of 5 stars If you're looking to try a new author, this is the book to read.
Reviewed in Australia on 6 August 2020
This book is a brilliant debut!
The author is an amazing writer who had me engaged from the first page. I think I actually said ‘wow’ and might have even raised an eyebrow. His writing stands out from the crowd and is a real pleasure to read. He develops the characters from their own perspective with dedicated chapters which gives them all depth and keeps the momentum as the plot threads wind together.
I feel lucky I downloaded the preview almost by chance.
This a book you will enjoy reading and a writer you should watch.
I'm looking forward to re-reading it.
Read more
Helpful
Report abuse
See all reviews

Greycynic
4.0 out of 5 stars This is some first novel
Reviewed in the United Kingdom on 22 July 2020
Verified Purchase
I am really impressed by Keaton's writing. This is not an easy story but it is told with a level of skill that is so often missing in author's early works. The plot is straightforward: man is falsely convicted and sent to prision; man swears to escape prison and exact revenge; man escapes and finds nothing is that simple. As Transference proceeds the story goes from simple to complex.

Why complex? There are a number of reasons. The prison is a mine on a distant planet. Conditions are tough and new arrivals can unexpectedly drop dead. Survivors are subject to a brutal regiem of discipline. People who step out of line may quietly disappear into one of the bottomless pits around the mine. Finally not everyone is who they appear to be. The Church and its Prophet may transfer one man into another's body using an alien technology that was discovered on a deserted planet.

The principal character is Thaniel Kilraven, a planetary explorer, who has been placed in the body of Barrabas Madzimure, a master thief. As the story progresses Kilraven learns more about the people around him. He discovers that not everyone is who they appear to be on the surface. Only the Church knows the truth. And only the Church knows the truth behind the transference process. It is Kilraven's discoveries as he persues the truth that makes this such a good book.

Transference is not always an easy read but it rewards your efforts. The writing is all first person but itdoes jump between persons. This could catch the unwary out but it is a device that progresses the plot faster and in more detail than would be possible if only seen from Kilraven's experiences. It is the level of complexity introduced this way that is why I am so impressed with this first novel. I did not spot a single name or event that was out of place.

I'll urge you to try Keaton's first book. The basic plot may be very simple but it is overlaid with so many layers of complexity that the story that emerges will have you wondering what comes next all the way up to the last page. Keaton has left himself in a great position to create a follow up book. I hope that he does because I want to learn more of this world.
Read more
Report abuse

Preach
2.0 out of 5 stars Painfully contrived and hard to follow, with a less than satisfying ending
Reviewed in the United Kingdom on 19 August 2020
Verified Purchase
I hate to give a bad review, usually I can find some good and I always admire the tenacity of a published author, so with a heavy heart...
The hero is a victim of circumstance with little personality, the universe happens around him as he fights towards an anti climactic showdown with a mediocre villain.
The interesting part of the story is suggested but never revealed instead the story devolves into pseudo religious nonsense.
On its journey into the pits of the readers despair it flicks between viewpoints leaving no time to become invested in a single character.
The plot twists are inane leaving you with a constant feeling of ™ then he woke up * and the antagonists mighty empire falls into a series of derived plot twists which collapses with no struggle.
Pulling out some positives, the author has a good vocabulary and I hope this isn't his last book.
However I would rather it had stayed as a learning experience wherever unpublished manuscripts go to die instead of becoming an exercise in tenacity for this reader to get to the end.
Sorry
Read more
One person found this helpful
Report abuse

Elinor
5.0 out of 5 stars All the best bits that sci-fi has to offer
Reviewed in the United Kingdom on 21 October 2020
Verified Purchase
Transference is the PERFECT novel for all the sci-fi lovers out there. It has great characters, comedy, plenty of action and a twisty plot.

There were lots of things to love about this book but I must particularly commend the author on the imagery he creates. I got a strong sense of place despite it being set in the future and got a hybrid of Snowpiercer and V for Vendetta vibes, which is no bad thing.

The overall themes of technology and control are interwoven throughout and create an interesting plot with lots of twists, which is personally something I always want from this genre. I definitely recommend!
Read more
Report abuse

S. Schmandin
1.0 out of 5 stars I hated this from the start
Reviewed in the United Kingdom on 4 August 2020
Verified Purchase
It has an interesting premise. That is only good thing I can say about this.

Apart from that, I couldn't get on board. I pushed through until halfway through when I eventually gave up and that happens rarely. There are some major plot holes in that first half, each character's internal narrative sounds exactly the same. Couldn't get on with the style it was written either.
Read more
Report abuse

Daniel Weisbeck
5.0 out of 5 stars Hold on to your spirit, this is a fun and exciting ride!
Reviewed in the United Kingdom on 6 September 2020
Verified Purchase
Good sci-fi is about escapism. Transference delivers in spades. From the first page, you will leave this world as you join Thaniel Kilraven on a journey across space, where souls can be moved between bodies and a dark Prophet rules all. A thought-provoking and at time spiritual sci-fi/fantasy that will have you flipping the pages without even knowing you’re doing it. It is a complex story full of rich characters, concepts and perspectives with many turns and twists, so you will need to pay attention, but it is worth the effort. I highly recommend Keaton’s debut novel for those who like their sci-fi to ‘transfer’ you off this planet and into a brilliantly imagined new world.
Read more
Report abuse
See all reviews
Back to top
Get to Know Us
Make Money with Us
Let Us Help You
And don't forget:
© 1996-2021, Amazon.com, Inc. or its affiliates