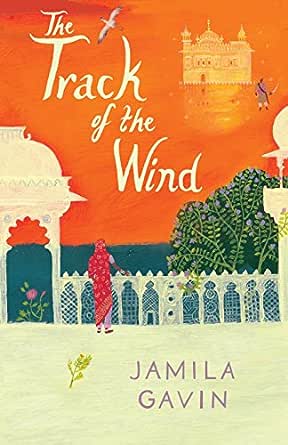 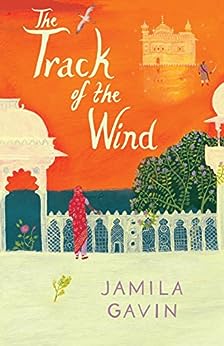 The Track of the Wind (Surya Trilogy Book 3) Kindle Edition

Jamila Gavin Jamila Gavin was born in Mussoorie (Bombay), India, in the foothills of the Himalayas. Her Indian father and English mother met as teachers in Iran and by the age of eleven she had lived in an Indian palace in the Punjab, a flat in a bombed out street in Shepherd's Bush, a bungalow in Poona, near Mumbai and a terraced house in Ealing. She settled into a little town cottage in Stroud, Gloucestershire twenty five years ago but she still loves to travel. With an Indian father and an English mother, she inherited two rich cultures which ran side by side throughout her life, and which always made her feel she belonged to both countries. Her family settled in England where she completed her schooling and further training as a music student at Trinity College of Music, London. Her childhood memoir, Out Of India traces her life, illustrating the experiences from which she draws many of the ideas for her books. After studies in Paris and Berlin she joined the BBC, first as a Studio Manager in radio, then crossed over to television as a Production Assistant and Director in Music and Arts programmes. Later, she married Barrie Gavin and they had two children, a son, Rohan and a daughter, Indi. It was then that she began writing children's books, and felt a need to reflect the multi-cultural world in which she and her children lived. Since her first book, The Magic Orange Tree was published in 1979, she has been writing steadily, producing collections of short stories, teenage novels and many books for educational schemes for the whole age range from six to sixteen. Her books have included Grandpa Chatterji, which was short-listed for the Smarties Award and was dramatised for television on Channel 4 Schools; Monkey in the Stars which she then dramatised for a commission by the Polka Theatre, where it was performed in the autumn 2000; and The Surya Trilogy of which the first, The Wheel of Surya, was special runner up for the Guardian Children's Fiction Award in 1992, while the others were subsequently all shortlisted for the same award. Her novel, Coram Boy, set in 18th century England, won the 2000 Whitbread Children's Book of the Year Award and her first radio play for Radio 4, "The God at the Gate", broadcast in 2001, was shortlisted for the Richard Imison Award. --This text refers to the paperback edition.
click to open popover

HM
5.0 out of 5 stars Interestinh read
Reviewed in the United Kingdom on 21 March 2018
Verified Purchase
Bought this for my 11 year old son and he enjoyed it a great deal!
Read more
Helpful
Sending feedback...
Thank you for your feedback.
Sorry, we failed to record your vote. Please try again
Report abuse

H.L
5.0 out of 5 stars Shocking end to the trilogy.
Reviewed in the United Kingdom on 4 January 2014
Verified Purchase
This is the third book and I was really taken aback at the way the story twisted and turned. It is very uncompromising and as such is brave and shocking. Really serious issues and themes arise in the bringing together of all the strands, many of which you could not predict. What an astonishing story teller. The atmosphere of Amritsar and India really came through. The Mother's role was under played, in keeping with the realistic approaches to the themes which was hard for the reader and challenging. A very good read. Not really for young teenagers due to the content in places but older teenagers will be gripped and learn quite a bit about India and sikhism in the process. I loved the whole series although I felt the story dipped in the second book.
Read more
Helpful
Sending feedback...
Thank you for your feedback.
Sorry, we failed to record your vote. Please try again
Report abuse