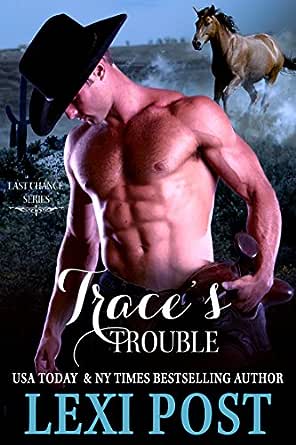 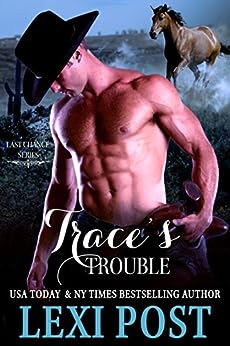 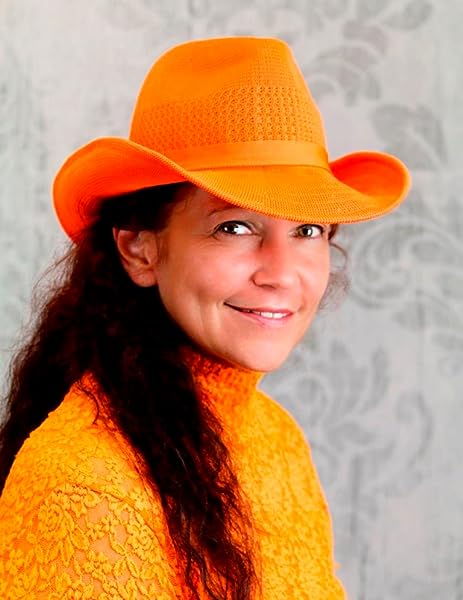 Lexi is living her own happily ever after with her husband and her cat in Florida. She makes her own ice cream every weekend, loves bright colors, and you will never see her without a hat.

Nette
5.0 out of 5 stars Whisper Trace
Reviewed in the United Kingdom on 25 August 2019
Verified Purchase
Loved this 2nd last chance book, Whisper was naive & amazing & chance needed someone who would love him for himself. Cannot wait to read next in series.
Read more
Report abuse

I love Whisper! She is such a fresh, honest to the core, real character with a sweet touch of vulnerability and a feisty attitude. There are no pretenses, what you see is what you get and she says what is on her mind. After her introduction in Christmas with Angel, book one in the series, I was really intrigued by her character and I am so excited to see her get a story and her own HEA.

Trace Williams is having a bit of bad luck with his wife serving divorce papers, taking everything and forcing him to move to Last Chance – his cousin Cole’s horse rescue ranch. And then if that is not enough his cousin tasks him with removing a squatter from the border of their land. It also happens to not be just any squatter, but one his cousin’s wife is friendly with and who helped them out with a rescue horse. He, of course, wants nothing to do with this and he can think of so many ways this can backfire but he’s on the ranch to help so if evicting her was on his day’s to-do list, then so be it. He cannot imagine it could possibly be that hard to do…until he meets up with her in the hills…and her gun. His curiosity is definitely piqued by the quiet yet blunt-talking, striking female and before taking any action he decides he needs to learn more. His cousin will definitely not be pleased but the more time he spends with Whisper the more he sees the outlook for his future changing. But when her secrets are exposed and her life is in danger will her past stop him from letting go of his own hang-ups in time to save her.

Whisper Adams is in hiding. She lives off the grid nestled in a thick hilled area on the edge of Last Chance Ranch and cares for her invalid uncle, Joey. She just wants to live her life, care for her uncle, and keep any people contact to a bare minimum; actually none at all would suit her needs just fine. She also has a special kinship with animals and always helps any that cross her path. She is secluded in these hills for a reason, after all. If those seeking her find her, the lesser complication would be she and her uncle have to move again and the worst would be that she’s dead. As tiring as it would be to move yet again, she would definitely rather have the first option…should anyone ask her opinion. When Trace shows up asking questions and meets her uncle, it’s unsettling and it stirs foreign feelings for Whisper. She wants to both rush him off and keep him close. So when he shows back up desperate for her help with a time-sensitive rescue she throws her caution to the side and jumps in to help. And of course, getting to spend more time with Trace is definitely a bonus. He awakens desires and shows her things she never dreamed of and the way he treats her uncle just endears him to her even more. However, she’s taking a huge risk with her way of living and her very life letting Trace get closer and she being pulled more into his family life. When her background is revealed and her past threat becomes a present danger will she and Trace be able to stay together or will wounded hearts be the perfect distraction and cause her demise.

These two characters were great together. I enjoyed the way they blended both their worlds and strengthened their relationship and the way Trace’s family welcomed Whisper and her uncle into their family. No matter what was going on with their own lives, they came together for the thriving of the ranch and their love of animals and did what needed to be done. Another great read in the Last Chance Ranch series.
Read more
Report abuse

P60revbear
5.0 out of 5 stars Hot and Risky
Reviewed in the United States on 9 August 2017
Verified Purchase
Trace man who.lost everything when his wife served him.his divorced paper. Now hes living on his cousins ranch. Pluse hes doing hid cousins dirty work evicting a women who saved her cousin fiance.....jows that good please shes down on her luck.
Whisper livid off the grid carrying for her Uncle not taking crap off anyone. Animals are the only thing trustworthy she has come to find out. She cant let people in because it is to dangerous to her life and her heart. But her heart wanted this man who came to throw her off. The land she was on. He dudnt want another women in his life, this one was different but different enough. Come read about the women who talked to Amimals. Enjoy the awesome ride Lexi takes you on
Read more
Report abuse

Deborah McClellan
4.0 out of 5 stars A great read
Reviewed in the United States on 22 September 2018
Verified Purchase
A good second chance romance. Trace has sworn off women after his soon to be ex-wife has left him with nothing. He is living with his grandparents and working for his cousin. Whisper has been in hiding with her uncle for years. After she is forced to save Lacey from an abusive horse owner, her life will never be the same. Will Whisper be able to go back to her quiet life or will her secret ruin everything that she has worked so hard to hide?
Read more
Report abuse

Rebecca Bamford
5.0 out of 5 stars Traces trouble=romance and fun
Reviewed in the United States on 5 March 2016
Verified Purchase
A rich story full of interesting characters, living every day lives with a touch of excitement and romance. Whisper and Trace are perfect for each other. But like all good relationships, it requires a lot of compromise and work, with a healthy dose of romance. I thoroughly enjoyed this story, and revisiting old characters, (as they still feel like friends) from previous Lexi Posts books I've read. I loved this story, and highly recommend it. You won't be disappointed!
Read more
Report abuse
See all reviews
Get FREE delivery with Amazon Prime
Prime members enjoy FREE Delivery and exclusive access to movies, TV shows, music, Kindle e-books, Twitch Prime, and more.
> Get Started
Back to top
Get to Know Us
Make Money with Us
Let Us Help You
And don't forget:
© 1996-2020, Amazon.com, Inc. or its affiliates