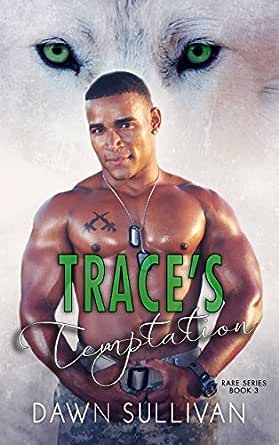 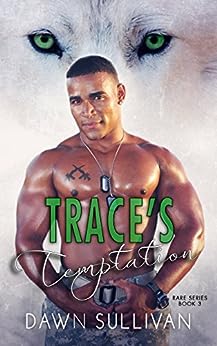 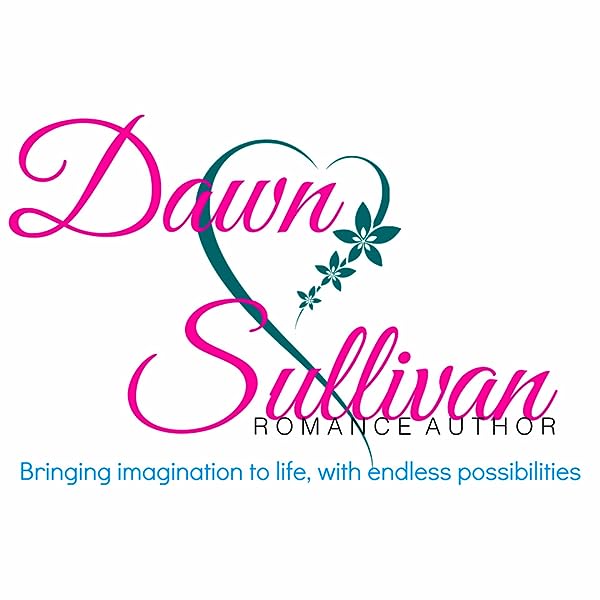 RARE: Rescue and Retrieval Extractions
-they took on the missions that
no one else wanted and did not
stop until the job was done

Trace has found his mate, but before he can claim her, he must eliminate the threat from his past. Returning to the place where all of his nightmares began, Trace must fight for his life and his future. Jade was stolen when she was a child and was held captive by the General for most of her life. She was rescued by RARE and reunited with the mother she thought she lost so long ago.

Jade spent the past 20 years hiding her true nature, allowing others to see only a sweet, gentle Omega wolf. After being set free, she is slowly allowing her true self to show. Jade has found her mate, but now must wait for his return. When she finds out Trace is in trouble, she vows to bring him home and nothing or no one will stand in her way.

RARE must once again do what they do best. Track down Trace and eliminate the evil that threatens them.

Jade's strength and determination are tested in the process. But her pull to Trace will not let her admit defeat. They say what doesn’t kill you makes you stronger, but will Jade survive if RARE doesn’t make it to Trace in time?

Jensen Clan
5.0 out of 5 stars Jade's Tortured Chase
1 March 2019 - Published on Amazon.com
Verified Purchase
Trace turns up in trouble, while trying to protect his mother and sister. Captured, chained, beaten and tortured, Trace needs to hang on until R.A.R.E. and his mate, his Jade, can find and rescue him. Poor Jade has been hiding who she really is, afraid that if she shows her true self and what she can do, then the General will hunt her down once again. However, with the life of her mate at stake, nothing and no one is going to stop her! I loved this book... I love this series.. It's so easy to get lost in the story and to feel as if you know and care for the well being of the characters...Personally I love the series so much that I buy them both in ebook and paperback! Enjoy!
Read more

A Romantic Journey Book Blog
5.0 out of 5 stars This author, series, should not be missed... LOVED this one!!
7 October 2015 - Published on Amazon.com
Verified Purchase
Okay so I finished "Trace's Temptation" yesterday. I'm not sure how I'm going to wait until Book 4 comes out, but I will and I will devour it much the same as I have these ones. Trace's is definitely more emotional, more intense and several more revelations as the previous ones, only this one - and I could be reading too much into it - might have the next book another HUGE intense book hahahaha for many different reasons. But again,I think I might be reading too much into it... though I hope I'm not.

Trace doesn't want to bring his past to his present so he finally goes and seeks out his past to rid it from him forever. Only things don't exactly go according to his plan. Instead of eliminating his past, it very well may eliminate him. Pain like he's never experienced before, starvation, only thing that keeps him fighting to stay alive is one of the prisoners that he considers a friend now reminding him that his mate needs him.

Jade grew up pretending to be someone she's not to save herself and those she cares most about and have been the only ones with her through it all. However, when she finally meets her mate and realizes that his personal mission has gone terribly wrong... She's done pretending. The question she asks herself and worries over is will Trace still want her when he knows the real her.

These two are full of surprises and most importantly the unconditional love and support of their mate. Jade will do anything for her new found family and Trace will do everything for Jade. But is it enough for them to finally enjoy the love they have for each other or will it be what breaks them for good?

I'm having a hard time deciding which characters I like the best, but if I could have my pick on a mate... My immediate pick would be Jinx without a freaking doubt! Who's Jinx you ask... well pick up the series and read (don't forget the first book in the White River Wolves because that series will intermingle in the RARE series) them to find out for yourself. Remember though, I licked him first so he's mine LMAO!!!

This author and these series are not to be missed. Seriously. I'm not a HUGE paranormal fan, but she's blown me out of the water with her shifter series. On to the next series by this author...

Kindle Customer
5.0 out of 5 stars Love This Series!!
30 June 2015 - Published on Amazon.com
Verified Purchase
The first two books were awesome and this one is no different. The only thing I found Getting annoyed with was how the 3 books would tell you on the front cover on who its about, but in each book there were scenes that were about other couples who found their mates which i didn't mind in the first book but now its getting annoying as shouldn't these couples get a book of their own instead of being in someone else's book. I was really hoping that by now Angel will finally get over herself and be with Chase as he's suffering because of her denial to be his mate, and plus bit him so that no one else can have him but her, but she has repeatedly told Chase that she doesn't want a mate? So unfair!! And now to find out her son she thought was still born was still alive and the man who fathered her twins is still alive and being held prisoner all these years by the General! And the reason Chase took off because his heartache and pain from learning that little fact that he might lose his true mate to the man that fathered her twins son and daughter is still alive. Come on!!! Angel is so selfish, she needs a good slap and a wake up call.
Read more

ETK
5.0 out of 5 stars Excellent Again!
1 September 2016 - Published on Amazon.com
Verified Purchase
This story pulled me in & I didn't want to stop reading until it was finished. Trace & Jade's story has lots of fast paced action, sex scenes & a rescue scene. Trace went to kill his evil father but gets captured & tortured instead; but Jade, Jinx & the RARE team go save not only him but 2 other women too. & after Trace shifts & gets a little better they go to save his mom & sister from being killed by Trace's evil father & they do save them but loose 1 teammate to the General (he kidnapped her) while the other teammate got shot & the bullet nicked an artery wherein then she needed to be changed into a shifter by Angel biting her. The next book of course is about saving the other team member.
Read more

Connie
4.0 out of 5 stars Enjoyed!!!
30 July 2017 - Published on Amazon.com
Verified Purchase
A paranormal/shifter series that is suspenseful, action packed and full of twists. Will have your attention from the start. Trace and Jade are two tortured souls who have endured their own personal hell. They are mates, belong together and have to overcome more pain before they can "ride off in the sunset". OMG!! Angel grates at my nerves. Jesus I keep wanting to bi**h slap her. At times she's so selfish and such a harda**. My heart goes out to Chase and how he has to deal with it. Would recommend reading this series. Can't wait for more.
Read more
Go to Amazon.com to see all 43 reviews 4.8 out of 5 stars
Get FREE delivery with Amazon Prime
Prime members enjoy FREE Delivery and exclusive access to movies, TV shows, music, Kindle e-books, Twitch Prime, and more.
> Get Started
Back to top
Get to Know Us
Make Money with Us
Let Us Help You
And don't forget:
© 1996-2020, Amazon.com, Inc. or its affiliates