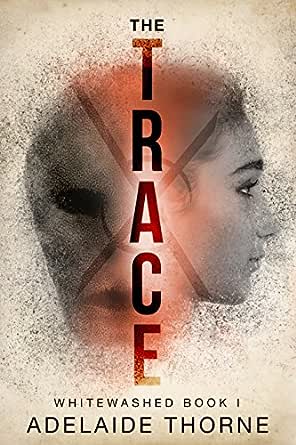 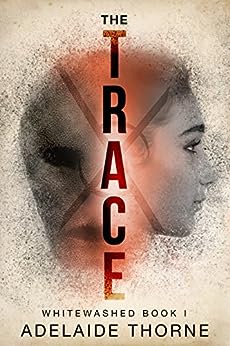 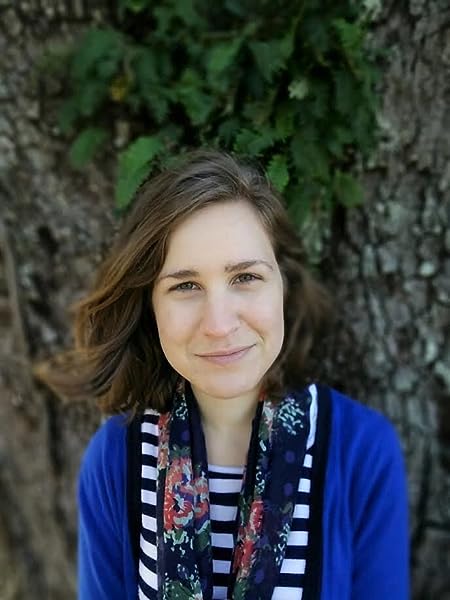 The Trace: A YA Sci-Fi Adventure (Whitewashed Book 1) Kindle Edition

AUTHOR: After years of city-blogging and a stint as a food columnist, Adelaide decided to pursue that age-old calling of fiction writing. The Trace is her first novel. She lives with her husband and their two cats (only two) in Florida.

EDITOR: For me, editing is taking something I already love and helping it grow. I appreciate thick skin and an open mind. In writing, often both are necessary for success. After all, writing is rewriting. --This text refers to an out of print or unavailable edition of this title.

4.8 out of 5 stars
4.8 out of 5
20 global ratings
How are ratings calculated?
To calculate the overall star rating and percentage breakdown by star, we don’t use a simple average. Instead, our system considers things like how recent a review is and if the reviewer bought the item on Amazon. It also analyses reviews to verify trustworthiness.

What am I saying? This book has assaulted my emotions and now it's just lingering. Don't you hate it when a book does that? Just linger in your mind for an indefinite amount of time, forcing you to reread over and over again trying to pick up everything you missed before? And then it just won't leave you until it does and then you have to move on with life.

I'm being overdramatic. Really. This is hardly a review.

But. I should be writing that review. So now I will.

WORLDBUILDING: I'm not a sci-fi-techy person at all, but thank goodness, this series is one of those bio-physics-sci-fi world stuff, so I could actually understand what was going on, not half of the time, but all of the time! (me with a AI or space-fiction book, on the other hand...) I've heard that the worldbuilding is kind of all over the place, and it is a lot to take in at once, but I didn't have trouble processing any of it. But maybe because I'm just a worldbuilding geek and am able to handle stuff like that more so than other, less-worldbuilding-focused readers.

The whole concept of metahumans and whatnot was pretty neat. Also, did anyone else get KotLC vibes reading this? I mean, that's fantasy and this is sci-fi, but they're both explained as if it's sci-fi, but to be honest Whitewashed is better, lol.

STORY: I am in AWE. Know that I'm writing this review after having read the entire trilogy, but I just wanna say that Adelaide is a MASTER of twists-- and the appropriate foreshadowing that should come along with it. She broke every cliché into a million pieces, just like that. So well done.

THEME: Definitely one of my favorite parts about this story. I love, love, LOVE when authors dare to exploit one of the biggest problems in existence, namely, compassion. It's so not a thing in way too much of fiction nowadays. The character arcs were so well done, too. Don't you love it when the main character learns something that isn't the commonly-recurring theme of self-worth or self-strength? Not that those are bad things, but you'd think authors would realize there's a lot more to human character than just that. Compassion is much more of a "heavy theme" than a lot of people realize. Especially when it has to do with war. Even spec-fic war.

CHARACTERS: At last. My favorite part.

Ella~ I rarely ever read a female YA protagonist I like. Ella is totally awesome. She has her fair share of problems, and the best thing is, her CHARACTER ARC WAS AN ACTUAL CHARACTER ARC. I am so passionate about the topic of compassion and empathy I just--

Ethan~ I prefer to call him Sheedy. He's not my favorite character, but he exceeded my expectations by a million miles. He was awesome too, and unlike too many YA love interests, had plenty of his own flaws that were actual flaws and not other people's problems.

Everyone Else~ ALLLLLL THE LOVE. Every single one of the (good?) guys totally found their way into my heart. Although actually, plenty of times you'll be wondering exactly who IS the good guy and who isn't. Each of these side characters have so much depth! They're so real! And they get better :)

HUMOR: From now on I should definitely make this an important part in my reviews because humor is like everything. Let me just say, this book made me laugh out loud more than once.

And that concludes my long, astonishingly spoiler-free, not-really-gushy review! Note about the content: if it weren't for the violence and heavy themes about violence/war/death/compassion, I would mark this as a middle-grade. There is romance, but it is 100% squeaky clean and there are no innuendos or sick stuff you find in so much YA these days. I am unbearably happy about that.

Laura A. Grace
4.0 out of 5 stars A great read in what is sure to be an on edge sci-fi adventure trilogy!
Reviewed in the United States on 3 March 2019
Verified Purchase
3.5/4 stars

It was really hard for me to read the first half of this book. I almost gave up reading it. *hides* The reason being is because I really disliked Ella. I know she was angry about certain situations and felt guilty, but I did not like how she handled things.

However, I'm really glad I continued reading because wow! There are some potent truths she learned that really spoke to my heart. She had an extremely touching transformation that opened my eyes to how we can stop hate. Not only that, I went from not being fully invested in her journey, to really wanting her to succeed in what she's called to do.

I was quite surprised how things unfolded concerning One and the Grifters. Both of those situations are what spoke to my heart the most. <3

Overall, a great read in what is sure to be an on edge sci-fi adventure!
Read more
2 people found this helpful
Report abuse

Sarah Pearson
5.0 out of 5 stars I’m glad I took the plunge into Sci-Fi
Reviewed in the United States on 19 May 2017
Verified Purchase
I wasn’t sure what to expect with this trilogy since I usually read contemporary mystery/suspense/thriller types. Sci-Fi is a little out of my comfort zone but I was intrigued by the description and I was given an ARC for my honest review. I’m glad I took the plunge into Sci-Fi. I was drawn in almost immediately. Those elements that I love about mystery/suspense are all here and kept me turning the pages to the end. The suspense comes from figuring out, alongside Ella, what is happening to her, her surroundings and the people she loves. Her search for her best friend leads her deeper into another reality of strange and cruel creatures who seem to know more about her than she knows about herself. . . and they want her dead. As the danger and cruelty of her adversary mounts, Ella doesn’t know where to turn or who to trust. It kept me guessing to the end.
Read more
3 people found this helpful
Report abuse

Amazon Customer
5.0 out of 5 stars I loved reading this book
Reviewed in the United States on 10 July 2017
Verified Purchase
I loved reading this book! Very quick read too (although, I'm a fast reader in general.. but I was thinking of reading the book while doing other things and couldn't wait to get back to it), finished it in a little less than a week.

It's based in modern times and about a girl, Ella, pulled from regular life and thrust into a secret government "Academy" for super-humans fighting "Grifters" (which are also 'human-like' but creepy looking and way stronger). I enjoyed reading Ella's growth of character throughout the book as she learns to see not only things from her point of view, but realizing there is another side to every story. While she hones her skills, she learns that not everything she originally believed was correct (super vague but I don't want to put any spoilers!).

There is also not an annoying love triangle like every other YA book on the market so that's always a plus!
Read more
2 people found this helpful
Report abuse

B B
5.0 out of 5 stars Completely un-put-down-able
Reviewed in the United States on 9 March 2019
Verified Purchase
This book, as well as #2, are beyond phenomenal. I am always hit or miss with sci-fi and this was a total hit. I could not stop. I love this world Thorne has created so much and I hope you do, too. I keep getting depressed every time I remember I am done with these 2 and have to wait many months for the story to continue. Please take the time to read them, and buying them on Kindle is completely affordable, too!
Read more
2 people found this helpful
Report abuse
See all reviews
Back to top
Get to Know Us
Make Money with Us
Let Us Help You
And don't forget:
© 1996-2021, Amazon.com, Inc. or its affiliates