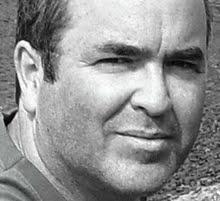 The Town That Forgot How To Breathe Hardcover – 1 July 2004

by Kenneth J Harvey (Author)
4.2 out of 5 stars 17 ratings
See all formats and editions
Sorry, there was a problem loading this page. Try again.

Page 1 of 1 Start overPage 1 of 1
Previous page
Next page
Start reading The Town That Forgot How To Breathe on your Kindle in under a minute.

"A novel of dazzling ambition and strange, haunting loveliness. Grippingly entertaining and bursting with life, it is an absolute triumph of the storyteller's art. Many books are hyped as 'unputdownable'. This one really is." (Joseph O'Connor)

"As compelling as it is unique" (Amazon.ca)

"The Town That Forgot How to Breathe is brilliant. Here comes overnight success." (January Magazine)

An extraordinary tale of a remote Canadian village; a book rich in allegory and imagined with a unique force.

Kenneth J. Harvey is the author of several novels, including Brud and The Hole That Must Be Filled. Nine Tenths Unseen was praised by J. M. Coetzee as 'a harrowing journey into the dark underside of family life'. Kenneth J. Harvey lives in Newfoundland.
Read more

Bernie Koenig
5.0 out of 5 stars KEPT ME BREATHLESS
Reviewed in Canada on 13 July 2009
Verified Purchase
Art Matters: The Art of Knowledge/The Knowledge of Art
Natural Law, Science, and the Social Construction of Reality

I recently discovered Ken Harvey and am trying to make up for lost time.
This book can be read in a number of ways, as other reviews show.
It is horror story, and old fashioned ghost story, a moral parable, a story about how technology is destroying what makes us human, a story about the revenge of nature, and a story about what it means to be one's self.

There are actually two stories going on that overlap. Doug Blackwood and his daughter Robin leave St John's for a holiday and go to a small fishing village on the coast. The village is depressed due to the closing of the Cod fishery and the processing plant.

When the troubles arise, which affect Robin, he calls his ex-wife Kim, who also comes to town. They all get caught up in the events.

There is a ghost girl in the house across from where Robert and Robin are staying. The ghost wants Robin as a permanent playmate, and, when Robin has real medical problems, they are, of course, complicated by the ghost issues.

Meanwhile, Tommy, who had been born stillborn but came to life but had brain damage draws pictures of things to come. And Old Miss Laracy keeps people grounded with her tales and ability to see spirits.

When all kinds of old drowned people appear it is Miss Laracy who can identify them. The dead people are all related to the people in the town who develop an inability to breathe. And with the loss of breathe comes a loss of identity.

People dig up old records and determine that something like this happened 70 years before, just when all kinds of electrical communications were being used.

In all a complex read that works on many levels, especially with regard to the identity of both the people and the places of the Newfoundland Outports.
Read more
Report abuse

Danielle Steals
2.0 out of 5 stars Waste of time.
Reviewed in the United States on 4 August 2016
Verified Purchase
Where to start? The writing was terrible. The characters were not developed at all, and one of the main characters was just flat-out obnoxious, so it was incredibly hard to connect with them or care where the story went. There were some interesting elements woven in with maritime folklore and supernatural elements, but it was not done well. The story trudged on-- slowly-- for far too long, laying out every single thought and feeling that every single character had in their head. The book failed to be scary at any point, and only managed to be mildly creepy for a few fleeting moments.
Read more
Report abuse

Schtinky
5.0 out of 5 stars Haunting tale of creeping dread and unsettling atmosphere
Reviewed in the United States on 27 February 2006
Verified Purchase
This wonderfully, deeply moving novel starts out with one of the most fully fleshed and interesting characters I have met inside a book for a very long time, Miss Eileen Laracy. The aging spinster is picking lilacs when she meets Joseph Blackwood and his daughter Robin, who have rented the old Critch house for a vacation in the town of Bareneed. Joseph, recently separated from his wife, hoped to find a pleasant and restful place to connect with his artitisic daughter.

But from the very moment he arrives, Joseph realizes there is something slightly off-center about Bareneed, something unsettling that at first he cannot pinpoint. He has a strange and enigmatic neighbor named Claudia Kyle, an artist herself with a studio in her house, along with a secret past and a heavy weight on her soul.

Soon, Robin begins to see Claudia's dead daughter Jessica playing in the barn, the town simpleton Tommy begins to draw strange pictures of the town and its people, strange and colorful fish are pulled from the sea, each one vomiting up something unnatural before they die.

Dr. George Thompson, and elderly country doctor, begins to notice a strange illness running through his town, in which his patients simply stop breathing for no apparent reason. Police Sergeant Brian Chase, a tall, half-native with a sick wife at home, begins to investigate the strange occurrences in his territory of Bareneed.

Joseph's estranged wife Kim, a marine biologist, catches wind of an albino shark being pulled from the waters of Bareneed Cove and immediately comes to investigate, but also, because she wants to see Joseph and Robin. Kim arrives in time to discover that Robin has become ill also, and that Joseph has started to change, so she goes in search of Joseph's gnarly, local uncle, Doug Blackwood.

Things become worse as more folk sicken, and worse things become to come up from the sea. Only the elderly, children, and the simple seem to be immune from the pall that has fallen over Bareneed like a shroud, smothering even the soldiers sent in to keep the area isolated.

While the pace of 'The Town That Forgot How To Breathe' is languid, the story has stealthy claws that will reach out and scrap your flesh when you least expect it. This kind of chilling dread has long been missing from more modern works of mysterious horror.

What is tangible to the touch is not always the reality behind the frightening puzzles that face Bareneed. Secrets held but never whispered, knowledge with no one left to pass it on to, legends, myths, seductive lethargy, painful memories, and the tingles of fear of the unknown will enter through the hearty bone of your skull and skitter through your mind as you indulge yourself in this fantastic novel.

That shiver is telling you something. It's telling you something is not right in Bareneed. Something that seems to need more than you can possibly give. Harvey's prose is tight and poetic, his characters real enough to reach out and touch, and his creation of small town life as comforting as warm apple pie.

Don't miss this novel. It's an excellent foray into those creepy dark corners we like to cower in late at night. Enjoy!
Read more
5 people found this helpful
Report abuse

Gary Griffiths
2.0 out of 5 stars Message Without a Cause (or Clue)
Reviewed in the United States on 22 October 2006
Verified Purchase
Reviews from places like The Detroit Free Press, Bookpage, The San Francisco Chronicle, and many others heap praise on this novel, calling it "meticulously created", "haunting, poetic, funny, and moving", "a thoughtful piece of literary horror." I hate to be the contrarian here, but I call it simply "goofy" - a pretentious bombast of confused messages and rambling prose that never manages to get to the point and is more (unintentionally) funny than scary.

Bareneed, Newfoundland, is an old fishing town in decline following the banning of cod fishing and the closing of the local fish factory. Soon after Joseph Blackwood and his young daughter show up, renting a home for a summer vacation in the picturesque coastal town, strange things start happening. Local residents, forgetting how to breathe - literally - while at the same time becoming violent and forgetting who they are - start filling up the local hospital. Then bodies - some apparently centuries old but perfectly intact - start bobbing up to the surface of the bay. Strange and mythical sea creatures romp in the surf, while those locals still breathing normally seem to spend most of their time drawing pictures, spouting New Age psycho-babble, or breaking out in seafaring folk songs. The respiratory-challenged, all tubed-up in ICU, were much less annoying than those Bareneed residents still able to function "normally". But this was the part of the book that was discernable. The rest - a tedious concoction of man's connection with the sea, with family, with death, spirits, amber lights, fish, mermaids and the Canadian armed forces - is less clear, if that is possible.

In summary, it seems that author Kenneth Harvey was trying to be Steven King - but Steven King with some important, moral message. He failed on both counts - even King's sub par "Cell" is a classic literature by comparison. "The Town that Forgot How to Breathe" is simply all wet - save your time and money and wait for the next port.
Read more
5 people found this helpful
Report abuse
See all reviews
Back to top
Get to Know Us
Make Money with Us
Let Us Help You
And don't forget:
© 1996-2021, Amazon.com, Inc. or its affiliates