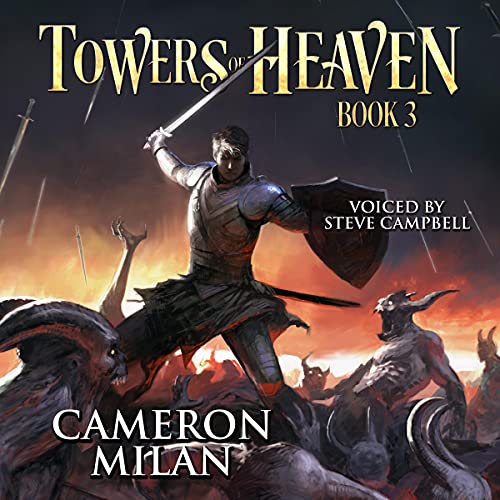 4.5 out of 5 stars
4.5 out of 5
929 global ratings
How are ratings calculated?
To calculate the overall star rating and percentage breakdown by star, we don’t use a simple average. Instead, our system considers things like how recent a review is and if the reviewer bought the item on Amazon. It also analyses reviews to verify trustworthiness.

Toran
5.0 out of 5 stars Decent ending even if a little rushed.
Reviewed in Australia on 2 May 2021
Verified Purchase
I'll get this out of the way first, this book I'm fairly sure was the author just 'getting the series finished '. So everything travels at an even faster pace than the first two books. Even despite this and some of the continuity issues it causes, all the original (I imagine) prep and planning that went into creating this world is wrangled together and kept enough in line, to still make this one of the better books I've read in a long while. Fantastic story,concepts, world building, etc. All done really well. The writing flowed for the most part and pulled together parts from all other forms of media with a skill that just made it all work to it's advantage. This whole series is well worth the time to read.
Read more
One person found this helpful
Helpful
Report abuse

Jobe King
4.0 out of 5 stars A rip roaring yarn!
Reviewed in Australia on 5 May 2021
Verified Purchase
The second book was a little meh. But the third and final was a great, satisfying smash em up that brings it all to a great ending. Fee minor plot elements that could have been expanded but didn't detract from the awesomeness of the tale. Good writing. Great imagination, better plot than the all over the place second book. Thanks Cameron.
Read more
Helpful
Report abuse

Amazon Customer
1.0 out of 5 stars What did I just read
Reviewed in Australia on 3 May 2021
Verified Purchase
This book was nothing like the other 2 books, just everything felt hand waved away into a massive raid party clearing it as life long friends with no conflict just to finish the series, dropping the entire point of a return in time novel. Honestly have no words for what this became, if you get bored of writing a series just put it down and come back later rather then a poorly rushed cash grab.
Read more
Helpful
Report abuse

Maxwell
4.0 out of 5 stars Satisfying, but rushed.
Reviewed in Australia on 18 May 2021
Verified Purchase
The final book was satisfying, it fulfilled all the wish fulfilment requirements that it seemed like it was trying for, but it felt rushed from start to finish. It fell victim to the "tell, not show" style of writing, when the opposite is really what you want in a book. The frequent time skips, and hasty summarisation of those time skips made it feel like the author was washing their hands of the finale of the series, when really another book or two would probably have been better.
Read more
Helpful
Report abuse

Scifi fan
5.0 out of 5 stars Good series
Reviewed in Australia on 12 June 2021
Verified Purchase
Good litrpg series, I didn't find the end game to my liking but overall the series was pretty good. I looked forward to reading more from this author
Read more
Helpful
Report abuse

Chris
TOP 500 REVIEWER
4.0 out of 5 stars Moving the Goal Posts
Reviewed in Australia on 5 May 2021
The closing of this series still maintains the writing quality of previous volumes in the scene to scene, with decisive action, interesting story beats and is well worth it to reach the end... BUT... be warned, the author clearly wanted to bring this one to a conclusion. In the overall plot there is a lot of goal post moving, fast forwarding, quick mentions of seemingly important relationships and characters disappearing and reappearing with little fanfare, making it tricky to follow in places, confusing in others and pretty hard to get to emotionally invested in our MC, his companions or the universe as whole.
Read more
Helpful
Report abuse
See all reviews

Technopath
5.0 out of 5 stars Could not put this book down
Reviewed in the United Kingdom on 4 May 2021
Verified Purchase
If you enjoyed the first two books you will love this one and I already have the audiobook preordered to enjoy this story again in 6-12months time. Minor spoilers in the following review but I have endeavoured to keep any important elements from the review. I would give it a 4.5/5

End of one journey opens the door for another... While I am sad the intrinsic tower climbing race element will not be in future instalments, the ending of this book was good enough for me to end now or continue to read Jason’s adventures and be happy either way. Also glad the tower is changed so we don’t have to listen to how Jason knows what is going to happen next so he is just going to exploit his knowledge to breeze through all of it again.

My only real negatives about the story was the comparisons being made in the last section of the book. Always the difference between x and y is *insert different words for incomparable* and it got really cliche towards the end. I mean clearly it is comparable otherwise our heroes would not be able to overcome the differences. The Cay storyline could have been utilised a bit better as well. He was hyped up for 2 books for him to be used merely as a tool to teach Jason’s team there are things after the 4th realm.

I look forward to find out how Cameron aims to change up the formula in any future books without losing what made this series so good.
Read more
Report abuse

Bm Ciardini
2.0 out of 5 stars After a great start to the series, the end was so-so
Reviewed in the United Kingdom on 15 May 2021
Verified Purchase
The first two books in the series had so many good points that it was easy to over look the negative aspects, especially the authors poor writing. After finishing this book, with a poor story I find it hard to be forgiving. The use of “hehehe” or “humph” in sentences is atrocious, instead of writing hahaha he laughed, it’s written in the sentence which reads to me like the person is saying hehehe instead of laughing. This is prevalent in the first two books but is easily forgivable due to the great plot and great story. Overall this final and disappointing book felt extremely rushed, like the author couldn’t wait to Finnish with it. It’s such a shame, could have been so much better
Read more
Report abuse

D. Hughes
2.0 out of 5 stars Extremely Rushed
Reviewed in the United Kingdom on 6 May 2021
Verified Purchase
The first two books showed good character growth for every character, set back stories and showed growth paths, it gave you an in-depth look at the characters skills, you k we what they had and we're focusing on and how they would eventually make they stronger. The whole robot arc was over in a couple chapters when you could have made it last, you didn't have hardly any dialogue that showed any character emotions or growth, you kept saying Jason was sad and upset, in turmoil. But I didn't feel it, then in the final floor, he just magically gets better, like pooof, don't get me wrong I actually enjoyed they final floor saga, when you decided to explain skills, runes and how since the tower had gone up a teir it started to feel.like a scuffed version of the first two books, it all just felt extremely rushed when they could have been two separate books the robot arc and final floor.
Read more
One person found this helpful
Report abuse

Kindle Customer
2.0 out of 5 stars First 2 books - excellent. This one... not so much.
Reviewed in the United Kingdom on 14 May 2021
Verified Purchase
First off - i really, really enjoyed the first 2 books. I loved the premise and the way the characters where growing. At the end of book 2 we have Roy talking to Piety and Olivia being taken under the wind of a Master.. at this point I thought - brilliant! Can't wait to see how Roy deals with the challenge ahead of him and what's Olivia going to go through with her new Master...!?
Then book 3. it's almost like there's been a rush to close out the series - there's nothing about to link the start of book three to the open items at the end of book 2. It's disjointed.
I think if i hadn't read the first 2 books are rated them so highly and just started with book 3 (or it was stand alone) i might have given it 3 stars - it's still well written but i just can't help but feel there's a big void missing between the last 2 books.
Read more
Report abuse

Chris
5.0 out of 5 stars Brilliant
Reviewed in the United Kingdom on 3 June 2021
Verified Purchase
Absolutely brilliant series of books. Great characters, worldbuilding & RPG elements. Would definitely recommend to others. Cannot wait for the next in the series or same world with cultivation.
Read more
Report abuse
See all reviews
Back to top
Get to Know Us
Make Money with Us
Let Us Help You
And don't forget:
© 1996-2021, Amazon.com, Inc. or its affiliates