The Towers: A Dan Lenson Novel of 9/11 and over 1.5 million other books are available for Amazon Kindle . Learn more
Share <Embed> 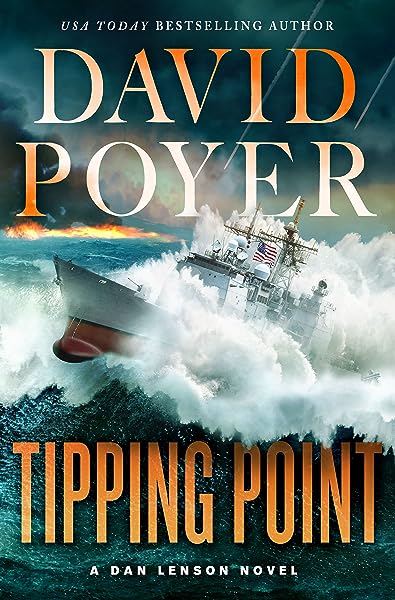 Page 1 of 1 Start overPage 1 of 1
Previous page
Next page
Start reading The Towers on your Kindle in under a minute.

"An involving, skillfully told tale of the after-emotions of 9/11 and the internal conflicts experienced by U.S. personnel in the hunt for bin Laden." --Kirkus Reviews

One fateful day, the worst attack on American soil brings out the very best in our nation's heroes--in this powerful thriller from bestselling author

On the morning of September 11th, 2001, Commander Dan Lenson is visiting the Pentagon while his wife is at a job interview at the World Trade Center. In the terrifying moments that follow, their lives are changed forever. Our nation is under seige. And, as the whole world watches the towers fall, the search for Bin Laden begins...

"With blow-by-blow descriptions, [The Towers] does a great job putting you in the middle of the action."--Kirkus Reviews

Still reeling from the tragedy, Lenson's SEAL team is assigned to Task Force Rhino in Afghanistan. Their mission: to hunt down, capture, or kill Osama bin Laden and other senior members of the Taliban and al Qaeda. But Lenson quickly discovers the odds are against them. The terrain is impenetrable, the journey grueling, the mission spiraling out of control. And before they can take down a target that's just beyond their reach--they have to face an enemy that's all too close...

"A great tale...harrowing...This is an excellent glimpse at the immediate post 9/11 world." --Genre Go Round Reviews

DAVID POYER's twenty-eight novels make him the most popular living author of American military fiction. His thirty-year career included service in the Atlantic, Mediterranean, Arctic, Caribbean, Mideast, and Pacific. The Towers is the thirteenth in his continuing novel cycle of the modern Navy and Marine Corps, following The Crisis, The Weapon, Korea Strait, The Threat, The Command, Black Storm, China Sea, Tomahawk, The Passage, The Circle, The Gulf, and The Med. He lives with his wife and daughter on Virginia's Eastern Shore.
Read more

Amazon Customer
5.0 out of 5 stars Excellent book and a great read.
Reviewed in the United Kingdom on 27 October 2016
Verified Purchase
Power is like a gritty and realistic tom Clancy; readable but authentic.
Next two books in the series are a change in scene

Roger J. Buffington
3.0 out of 5 stars Less enjoyable than most of the Lenson series
Reviewed in the United States on 26 April 2017
Verified Purchase
I am a big fan of the Dan Lenson series and I have rated most of the books in the series at either 4 or 5 stars. This one was a disappointment. Candidly, this novel is only nominally a Dan Lenson novel. It has a few chapters about him, but most of it deals with America's initial attacks into Afghanistan to kill or capture Usama Bin Laden and Mullah Omar. Lenson's involvement is very slight. One of this author's occasional errors is that he sometimes devotes many chapters to ancillary characters who have little to do with the story and in whom the reader is inclined to be disinterested. That happens here, and this makes the novel hard to get through and a much less enjoyable read than most of the Lenson novels. RJB.
Read more
One person found this helpful
Report abuse

Frederic Lane
5.0 out of 5 stars Pay Back
Reviewed in the United States on 16 August 2019
Verified Purchase
This novel is a bit different from the previous novels in the series. And that is a good thing. A different pace that places the reader in the heat of battle following the devastating hit on the twin towers. A welcome and extremely realistic side trip.
Read more
One person found this helpful
Report abuse

Amazon Customer
5.0 out of 5 stars A Most Pleasant Surprise
Reviewed in the United States on 30 September 2012
Verified Purchase
I'm a big fan of the Lenson series but avoided The Towers for months. Why? I could not imagine how this subject could be treated well or honestly or even constructively, and I sure didn't want to put up with any mindless militaristic flag-waving. I should have had a little faith ...

The unexpected strength of this novel is Poyer's recreation of these events from within the actual time-line. All the fears, paranoia, assumptions, patriotism and passion of the event and its aftermath unfold again, and we rediscover how emotionally and militarily unprepared we were for it, and to respond intelligently and responsibly. Sacrificing no sense of outrage or anger, and fully--if briefly--immersing us in the attacks themselves, Poyer moves on to the aftermath and reactions, both personal and national. And he brings back many of our favorite characters from previous Lenson novels to fill out the many necessary points of view.

Far from being the trial I had feared, The Towers is in many ways the best novel of the Lenson series. I can't recommend it highly enough.