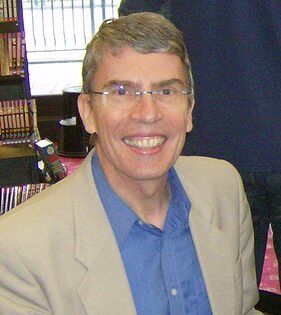 by Andrew Norriss (Author), Richard Mitchley (Narrator)
3.7 out of 5 stars 6 ratings
See all formats and editions
Sorry, there was a problem loading this page. Try again.
Previous page
Next page

New children's books bundles!
Book bundles for children's growth and development. Shop now
Start reading The Touchstone on your Kindle in under a minute.

Andrew Norriss was teaching A level history when a visit to a hypnotherapist resulted in him not only giving up smoking but also becoming a full time writer. He won the Whitbread (now Costa) Children's Book Award with Aquila, which he adapted for television, a series which along with Bernard's Watch, Matt's Million and Woof! is remembered with great affection.

Andrew believes that there is nothing better than a good story, and most importantly that reading is fun! For info, reviews & teaching resources go to www.andrewnorriss.co.uk

To read about how and where Andrew works visit the Jessica's Ghost Blog Tour.

Other television credits include The Brittas Empire, and Chance in a Million starring Simon Callow and Brenda Blethyn.

Andrew Norriss lives in a village in Hampshire with his wife Jane.

Peeves the Poltergeist
4.0 out of 5 stars Engaging but disappointed there is no Kindle edition
Reviewed in the United Kingdom on 19 September 2018
Verified Purchase
This is a page turner and poses the question of who to trust and who should have access to the wealth of information provided by a Touchstone and how to use the info carefully. This appears to be only two of Norriss' titles to not have been released on Kindle despite the Portal, which is an indirect sequel in which Touchstones, Guardians and the Great Memory are mentioned, being available on Kindle.
Read more
Report abuse

Hiatus
5.0 out of 5 stars simply nrilliant
Reviewed in the United Kingdom on 13 June 2014
Verified Purchase
Every so often, i ree-read this book and always enjoy it thoroughly. Not a wasted word, and the layers of the story fit perfectly. Norris is absolutely brilliant at leading the reader to the final significance of his tales. His best is Aquila, but The Touchstone provides the perfect springboard into imagination that any child, or adult, could wish for.
Read more
2 people found this helpful
Report abuse

Mrs Kathleen Miller
5.0 out of 5 stars Books
Reviewed in the United Kingdom on 29 January 2013
Verified Purchase
Bought for my sister, she had been trying to get hold of this book for quite a while. She was highly delighted with the book
Read more
Report abuse

Raegan Conlin
1.0 out of 5 stars This Kindle Book is wrong
Reviewed in the United States on 14 February 2019
Verified Purchase
This is not the book by Andrew Norriss, which is supposed to be a children's book about: Douglas is not the sort of boy to panic--until he meets a native of the planet Vanghar, whose arm has dropped off. Kai is being hunted by the Guardians of the Federation, and needs Douglas's help. But Douglas doesn't exactly know what to do with an armless, fugitive alien. That is, until he sees the Touchstone..." The book delivered to my Kindle under the Touchstone title (and with this description is about England in the 1800s. I would like to return this book.
Read more
Report abuse
See all reviews