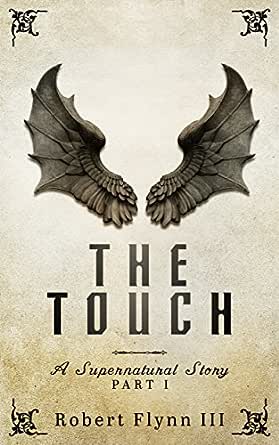 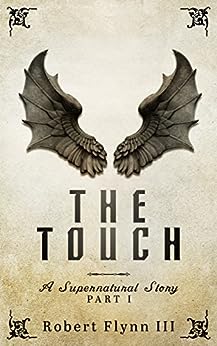 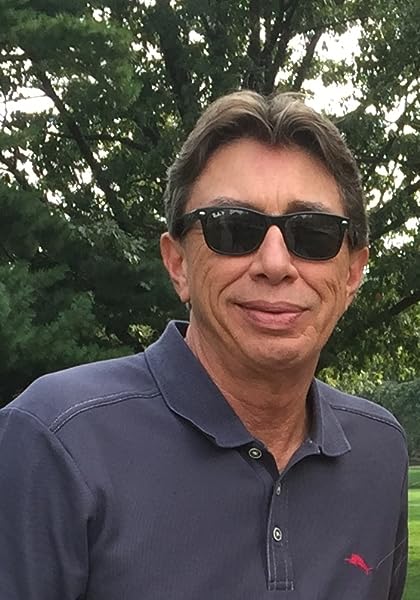 The Touch: A Supernatural Story - Part I Kindle Edition

Robert E Flynn III is a software-developer, musician, living with his beautiful fiance, Claudia, in San Antonio, Texas. He has two wonderful children, Caitlin and Zachary, who are grown and exploring their own fantastic lives. He has spent his entire life pursuing creative endeavors. Music was his first love and still is, and writing was always part of his life, but one college professor instilled the positive input that pushed him to create his first novel. While writing endless essays and research papers, this professor wrote something truly inspiring on every one of those works one semester. He simply wrote, "This was a pleasure to read!" This simple message inspired deeply. This is his first novel, but the story has been developing in his mind for two years. The book has a supernatural theme, but it is also a story of the condition of humanity. Robert also lived in Austin, Texas for many years and was part of the music scene in the city during that time. He was a member of several bands during those days and tremendously enjoyed playing live in many venues in the music rich area. He also lived in Denver, Colorado for several years when his children were young and then relocated back to San Antonio, Texas to be close to family. --This text refers to the paperback edition.

3.6 out of 5 stars
3.6 out of 5
28 global ratings
How are ratings calculated?
To calculate the overall star rating and percentage breakdown by star, we don’t use a simple average. Instead, our system considers things like how recent a review is and if the reviewer bought the item on Amazon. It also analyses reviews to verify trustworthiness.

David Gleeson
3.0 out of 5 stars Eventful mash-up, cohesive running theme: the force which brings extraneous characters together
Reviewed in Australia on 30 October 2019
I'm awarding The Touch, by Robert Flynn III two out of four stars. I would have awarded three stars if the author didn't broadcast events before their occurrence, or the reactions of the characters being used to convey meaning in the narrator's vision of what should have simply been the reaction of the reader. I couldn't conscionably award one star because the story was enjoyable – for the most part. I would recommend this book to open-minded readers of Christian or Muslim faith who are looking for something different, however – not conversely, I would also recommend this book to supernatural fans who are adverse to the Christian, or Muslim faiths'. I'd advise readers who are strongly adverse to the darker forces to avoid this one, as well as those who are looking to connect with the characters in a meaningful way.

While the writing is simplistic, and often guilty of telling what's going to happen throughout the book, before presenting the "scenes" in which the events unfold, there is a voice to the narrator which I found made for easier reading, albeit with the use of colloquialisms, and cliches. Oddly enough, these form what I liked most about the book. The narrator is easy to connect with, as I found myself relating to the story through the insights offered in this manner. It gives the narrator a likeable voice which I found palatable. I loved the originality of the story!

I liked least the delivery. Sometimes stilted language which looks to have been written by someone who isn't native to English (at times), and almost always interjecting with how amazing, or wonderful something in which we've yet to read about can be off-putting. The dialogue leaves something to be desired as well. Sometimes characters are built up to something which they don't demonstrate throughout the story, and although the actions which are to follow are frequently broadcast, sometimes those events which unfold deliver beautiful scenes for the imagination.

The story begins to deliver hopeful scenarios but tires of this in the earlier stages of development. At least one scene boosts opposite feelings – maybe those of hopelessness. It ends on a high note and doesn't seem to make much fuss over the characters left behind, in the wake of fruitful changes, as those which were intended earlier on. It could be that this is summarised but as a concrete-thinker, I found this issue slightly annoying. The story has many diverse and appealing scenarios which I found fitting for the motivations of the characters involved.

In summary, the story is one of empowerment, and not without literal powers of body, mind, and soul, but those of character and morality continue to be a focal point within this inspiring story. It's mostly a feel-good story of conquest and challenges in a world fraught with difficult people, and challenging circumstances. There are messages of a higher power throughout the story and leaves one with the impression that there's something special in each one of us. However, not all the characters contained within this book are given the same treatment, which I found a little bit sad, but overall I left the book feeling uplifted and hopeful.
Read more
One person found this helpful
Helpful
Comment Report abuse
See all reviews

5X Space Cadet
4.0 out of 5 stars A fascinating and suspenseful tale with more to come
Reviewed in the United States on 10 September 2017
Verified Purchase
There were many things I enjoyed about this book. It was so original that I found it somewhat indescribable. At first the omniscient viewpoint threw me a bit, but it soon became obvious how appropriate it was as you ponder who is telling the tale. The author's narrative voice is outstanding. It's as if you can hear the narrator speaking in a somewhat archaic speech that totally works. The characters were real and engaging. I loved Alabama, Gabriel, and Josh as well as the others who joined in as the tale progressed. The premise and supernatural angle is unique and shows the author has a strong grasp on Biblical and Apocryphal descriptions of angels, yet adds a few interpretations of his own.

The plot is intriguing, suspenseful, and keeps you turning the pages. Clearly the world's sorry situation is reflected and gives you pause what might be going on in other dimensions with regard to the host of wayward and evil humans at large on our planet.

I was somewhat disappointed by the ending, however. Not so much because the story is clearly part of a serial, but because the main characters were seemingly abandoned as new twists were introduced to the story line. I think the author could have handled it better, perhaps by including the characters in which I'd invested interest throughout the rest of the book more directly in the final chapters while still including teasers with regard to the next episode. It felt as if they simply dropped out of existence as a whole new story angle took shape, which would have been a great way to start the next volume as opposed to ending this one. I was planning on giving this unique tale five stars until the ending, which I found unsatisfying and not as skillfully rendered as the rest of the book. Nonetheless, I enjoyed it tremendously until then.
Read more
6 people found this helpful
Report abuse

JansKeys
5.0 out of 5 stars This story would make a good TV series
Reviewed in the United States on 14 July 2019
Verified Purchase
The opening chapter of a rain storm was an ideal way to get this story rolling. The eerie vision in a left over rain cloud starts the first of many mysterious acts for unsuspecting people. The main character is an orphan, Gabriel, but my favorite character was actually Alabama, a nurse who is best described by the author as “a strong woman and not an especially friendly one.” She has great character growth throughout the story.

Gabriel is the one with the powers at first, and he’s not sure why he has them nor is anyone else. He wants nothing more than to be a normal boy, and again the author does a wonderful job with description as he lays out the internal issues this orphan boy faces with “the same something that was trying to destroy him was also keeping him together.”

A lot of characters get introduced midway through leading me to feel this would be a great TV series. There is something supernaturally occurring and only certain people experience it and they all want to know why. I’d recommend this book.
Read more
One person found this helpful
Report abuse

puma
4.0 out of 5 stars Angels, Demons and Nephilim
Reviewed in the United States on 1 September 2019
Verified Purchase
I enjoyed this book mostly because the story was unique. A lot going on. I give it a 4 out of 5 for that reason. It did have several errors and didn't flow too easily in the reading so I couldn't give it a 5 star. Over all though, it's worth reading and following.
Read more
3 people found this helpful
Report abuse

Molly Enter
1.0 out of 5 stars "Best intentions..."
Reviewed in the United States on 28 May 2019
Verified Purchase
Do you remember the euphemisms regarding "best intentions?" Well, this book is an example. The first chapter is compelling and draws you into this mysterious premise of children hearing a disembodied voice and their touch spreading this energy throughout the world, but after that, it really isn't worth your time to keep reading. The dialogue is truly the worst part. Exclamation marks just abound and gave me a headache because I felt like they were all yelling for no reason in my head. Also, Josh's dialogue has a lot of the use of "freakin'." I don't care how juvenile he is, it just seemed so unrealistic. As I said, the premise was solid, but the execution was immature, at best, but to me it was "freakin'" annoying! (See what I did there?) I would recommend just not reading this one.
Read more
One person found this helpful
Report abuse

Dorna Calkins
5.0 out of 5 stars The end will take your breath away!
Reviewed in the United States on 13 July 2019
Verified Purchase
The concept was unique and very in context with the world today. If there was ever a time that a "Touch" was needed in this world the time is now. Good read overall.
Read more
2 people found this helpful
Report abuse
See all reviews
Get FREE delivery with Amazon Prime
Prime members enjoy FREE Delivery and exclusive access to movies, TV shows, music, Kindle e-books, Twitch Prime, and more.
> Get Started
Back to top
Get to Know Us
Make Money with Us
Let Us Help You
And don't forget:
© 1996-2020, Amazon.com, Inc. or its affiliates