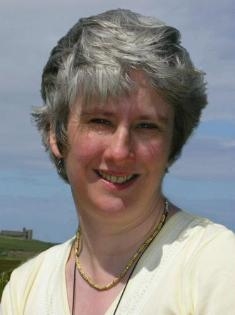 by Townsend Lindsay (Author)
3.2 out of 5 stars 5 ratings
See all formats and editions
Sorry, there was a problem loading this page. Try again.
Read more Read less

Get 90 days FREE of Amazon Music Unlimited
with the purchase of any eligible product. Shop now
Start reading A Knight's Prize on your Kindle in under a minute.

3.2 out of 5 stars
3.2 out of 5
5 global ratings
How are ratings calculated?
To calculate the overall star rating and percentage breakdown by star, we don’t use a simple average. Instead, our system considers things like how recent a review is and if the reviewer bought the item on Amazon. It also analyses reviews to verify trustworthiness.

A. Calder
5.0 out of 5 stars To Touch the Knight
Reviewed in the United Kingdom on 9 July 2011
Verified Purchase
To Touch the Knight is an exciting recreation of the lost medieval tournaments and jousts, set against the grim backdrop of the black death and featuring an unusual heroine.
Read more
One person found this helpful
Report abuse

Lisa Yarde
4.0 out of 5 stars Love and romance during a perilous time
Reviewed in the United States on 29 August 2011
Verified Purchase
In Lindsay Townsend's To Touch the Knight, a woman must make a choice: to trust a handsome stranger with secrets of her past or continue to run from it.

It's England during the time of the Black Death. To escape a cruel lord, Edith of Warren Hemlet has re-invented herself as the Lady of Lilies. Dressed in the elaborate, costly fashions of a supposed princess of Cathay, she holds court on the tournament circuit and keeps the men enthralled. Until the arrival of Ranulf of Fredenwyke, a northern knight who suspects Edith's origins. He poses another danger - his best friend is the villainous Giles de Rothencey. If Edith allows Ranulf into her heart, she risks the possibility that he may discover the truth of her past and the connection to Giles. The author does a good job of keeping the tension between the hero and heroine. There are also personal stakes for both in their interactions with Giles that keep the reader's interest. The love story is sweet and sensual at the same time.
Read more
One person found this helpful
Report abuse

Kindle Customer
2.0 out of 5 stars One calamity after another!!!
Reviewed in the United States on 20 September 2011
Verified Purchase
I've never written a review before. This book was getting such great reviews I had to write this. This was the most depressing and dark book I've ever read! I love reading historical romance,that being said where was the romance? This book contained one calamity after another is such rapid succession any romance was overshadowed. This was a dark time in history,but I purchased this book for romance not a history lesson. Save your money.
Read more
One person found this helpful
Report abuse

Molly's Mom
1.0 out of 5 stars Boring
Reviewed in the United States on 7 June 2013
Verified Purchase
Oh, brother, this book took a long time to read. I can read a good book in an evening. I might have to stay up until 2:00 or 3:00 AM to finish it, but I can finish it in one evening. THIS book took 5 days to read. I kept having to put it aside so I could do something interesting. The conflict between him not liking lies/liars (her method of survival) and her not believing in God (his knightly foundation) was relentlessly used. There were wasted opportunities: the author would set up possible twists in the story and then let them limp away weakly or go nowhere at all. I thought I had read Lindsay Townsend before and liked her writing, but this book was enough to put me off her.
Read more
Report abuse
See all reviews
Back to top
Get to Know Us
Make Money with Us
Let Us Help You
And don't forget:
© 1996-2021, Amazon.com, Inc. or its affiliates