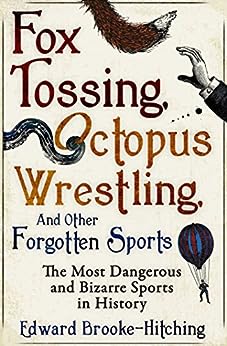 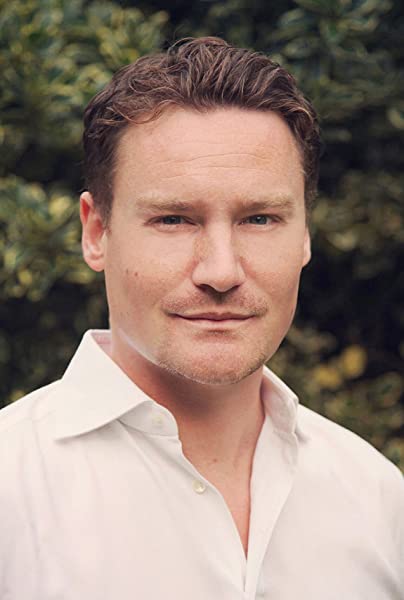 by Edward Brooke-Hitching (Author) Format: Kindle Edition
See all formats and editions
Sorry, there was a problem loading this page. Try again.
Read more Read less
Previous page
Next page
Due to its large file size, this book may take longer to download

'An entertaining new book… which looks back at the most bizarre sporting activities ever devised by mankind.' ― Daily Mail

'A lively trawl through long-forgotten sports and games from around the globe.' ― The Economist

'A strange and strangely enjoyable new book. . . This inventory of failed sports is both compelling and affectionate, fitting for a book in which "eccentricity" is not just included but celebrated.' ― The Boston Globe

'[A] droll romp through the history of bizarre games and other pastimes.' ― Library Journal

'An entertaining look at the way things were.' ― Washington Post

'[An] intriguing, go-to guide on the weird and wonderful activities of years gone by' ― Irish Examiner --This text refers to an out of print or unavailable edition of this title.

Edward Brooke-Hitching is the author of the critically acclaimed and bestselling trilogy The Phantom Atlas (2016), The Golden Atlas (2018) and The Sky Atlas (2019), as well as The Madman's Library (2020), all of which have been translated into numerous languages; he is also the author of Fox Tossing, Octopus Wrestling and Other Forgotten Sports (2015). He is a writer for the BBC series QI. A fellow of the Royal Geographical Society and an incurable cartophile, he lives surrounded by dusty heaps of old maps and books in London. --This text refers to an out of print or unavailable edition of this title.

4.6 out of 5 stars
4.6 out of 5
556 global ratings
How are ratings calculated?
To calculate the overall star rating and percentage breakdown by star, we don’t use a simple average. Instead, our system considers things like how recent a review is and if the reviewer bought the item on Amazon. It also analyses reviews to verify trustworthiness.

Magick Red
5.0 out of 5 stars Dad laughed
Reviewed in Australia on 19 May 2021
Verified Purchase
Dad loved the book, it has random knowledge in it that makes him laugh.
Read more
Helpful
Report abuse
See all reviews

David B.
3.0 out of 5 stars Interesting and easy to dip into
Reviewed in the United Kingdom on 17 February 2018
Verified Purchase
Interesting book with much of the weird and wonderful. Not one for animal lovers - many of the "sports" from days gone by involved organised and systematic cruelty to animals.
Read more
10 people found this helpful
Report abuse

abeille
5.0 out of 5 stars Quirky, Eccentric and Great Fun!
Reviewed in the United Kingdom on 17 July 2015
Verified Purchase
What an original and entertaining read - full of whacky and bizarre long forgotten sports, from Roman times to those from not that long ago, written with a wonderful sense of humour, combined with lots of fascinating references. Well researched with excellent illustrations. Dip into it a chapter at a time, or read it straight through - I did the latter because I found it unputdownable! As a beautifully produced and decent sized hardback with dustwrapper, it has the has the added bonus of making a great present, and neatly solves what to give someone when you haven't a clue, without breaking the bank (so remember this book for Christmas). Thoroughly recommended - and since buying mine I've seen it well reviewed in the Daily Mail, The Times and The Spectator, so I'm not the only one who loves this book.
Read more
16 people found this helpful
Report abuse

Mariza
5.0 out of 5 stars Very Amusing
Reviewed in the United Kingdom on 8 December 2020
Verified Purchase
Bought for a present but had a flick through and there are some fantastically funny stories in here!
Read more
One person found this helpful
Report abuse

Victoria Jones
4.0 out of 5 stars Good for a laugh
Reviewed in the United Kingdom on 28 February 2021
Verified Purchase
I bought this as a humorous gift from my brother and he thought it was good. He didn’t bother reading the whole book and in his words “it got boring” however still started a few conversations and was a fun gift.
Read more
Report abuse
See all reviews
Back to top
Get to Know Us
Make Money with Us
Let Us Help You
And don't forget:
© 1996-2021, Amazon.com, Inc. or its affiliates