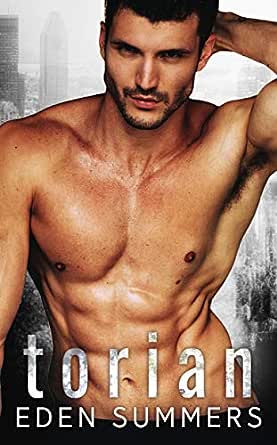 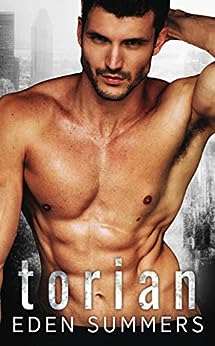 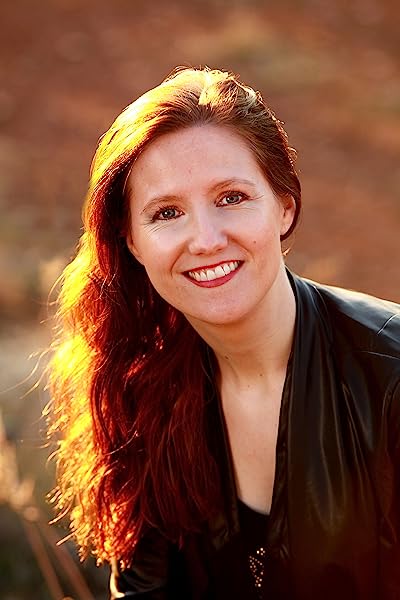 Madonna Blackburn
TOP 1000 REVIEWER
5.0 out of 5 stars ADDICTIVELY ENTERTAINING!!!
Reviewed in Australia on 24 May 2019
Verified Purchase
Well wow!!! What an amazing turn of events we uncover in this newest work by Eden Summers.
This series of books just keeps getting better and better.
Torian sees us carry on from the explosive ending given to us at the end of Decker, and suffice it to say, the relationship that ignites between Torian and Anissa, an FBI agent, is a humdinger!!! The tension and dynamic between this couple is glaringly apparent from the outset of their very first meeting.
Torian and Anissa, for all intents and purposes, should not work as a couple…they are polar opposites…. or are they??? It is the proverbial Good vs Evil…Right vs Wrong… Law vs Criminal. However, this relationship is not just a simple antagonistic love/hate union…it encompasses the dichotomy that presents itself when two people from extremely contrasting beliefs and lifestyles find their feelings towards each other cannot be ignored or chained.
Eden was very clever to put Torian in a similar position romantically as his nemesis Decker and his sister Keira. Torian & Anissa face their own personal dilemmas when deciding on going forward with a relationship and we are kept on our toes until the very end to find out what that decision will be.
Within the confines of a forbidden romance, we are given a very powerful, intense and emotionally charged story. It also sparks a personal moral debate which I thought was cleverly provocative and actually quite realistic.
Along with the action, Ms Summers intersperses the dramatic with splashes of humour that delightfully breaks the intenseness of the storyline. Her ability to add light & shade to her stories gives her novels a well-balanced and sophisticated feel.
This story is a well-crafted piece of magic. It is intriguing, addictively entertaining and will have you glued to the pages until you finish. I have really loved the previous two books in this series and Torian is no different…it is very close to taking top honours.
A must read!!!

Ria - Reading Is Our Satisfaction
TOP 100 REVIEWER
5.0 out of 5 stars Cole Torian is one hot sexy alpha
Reviewed in Australia on 27 May 2019
Verified Purchase
Eden Summers' Hunting Her series has produced two superbly written books so far in Hunter and Decker. TORIAN, the third standalone, is nothing short of brilliant and i believe Eden's best work ever. Intriguing, dark, mysterious, suspenseful, this story has it all. If you want to read an enemies to lovers story that will enthral you from the outset, Torian is the one to read.

Two people from opposite ends of the spectrum are brought together, albeit under extreme circumstances. Firstly, we have Cole Torian, son of the Mafia and head of the Torian family, due to his father's untimely disappearance. Secondly, is Annisa Fox, FBI agent, a woman determined to prove that Cole is mixed up in his father's illegal operations.

Torian is the alpha of all alphas, he's dark, mysterious, hard-headed, aggressive, driven by the love for his family and the lust for a woman he should not want. This was a man I probably should have hated ... but it just wasn't possible, such was the brilliance of his character. Annisa, "little fox", was a hard character to like at first, she seemed to be very one dimensional, however as the story continued, I grew to like her more and more. She was strong and feisty, and knew how to stand her ground when it came to Torian.

This story was an absolute pleasure to read, with twists and turns that really made me rethink my ideas on numerous occasions. The tension that exists between Torian and Annisa is one that makes it even more captivating. It is definitely one of Eden's best so far. And that ending ... i can only hope that there is more of these two to come in the future.

Anita_booktoread.
TOP 500 REVIEWER
5.0 out of 5 stars I need more.
Reviewed in Australia on 26 May 2019
Verified Purchase
I wondered how this would play out. Anissa is such a strong woman, she wouldn’t just cave to Torian’s demands. She held her own until she had no choice at all, but even then she kept trying to fight. I’m still unsure how I feel about Torian, I knew he wasn’t as evil as we first saw him back in Hunter but he is still a little twisted.
The anger and the rage seriously bleeds off the pages when these two go head to head. I’d love a novella of these two before another book.
Read more
2 people found this helpful
Helpful
Report abuse

Michele L
5.0 out of 5 stars Wow!
Reviewed in Australia on 28 May 2019
Verified Purchase
I was so engrossed in Torian’s Story I just couldn’t put it down! I loved how his character developed & the scorching chemistry between Torian & Anissa was off the charts! I just need to know what happens next.... fingers crossed there is another book in this series ❤️❤️❤️❤️❤️
Read more
2 people found this helpful
Helpful
Report abuse

Bec Bax
4.0 out of 5 stars Fantastic read
Reviewed in Australia on 9 June 2019
Verified Purchase
This was a follow on for me... I am definitely glad I read the others first as it made the character connections easier to understand.

Torian is a tough piece of work that’s for sure, and I really liked seeing where his story went!
Read more
One person found this helpful
Helpful
Report abuse

FlaminSambo
5.0 out of 5 stars Amazing!
Reviewed in Australia on 22 December 2019
Verified Purchase
ahhhhh, the long awaited Torian!! Amazingly hot, sexy, full of suspense and hot hot hot!!! A killer read full of surprises, he was worth the wait!!!
Read more
Helpful
Report abuse

Michelle
5.0 out of 5 stars A good story line
Reviewed in Australia on 18 June 2019
Verified Purchase
Loved the suspense and the romance
Read more
One person found this helpful
Helpful
Report abuse
See all reviews

mari
4.0 out of 5 stars There is no HEA! Good but Disappointing
Reviewed in the United Kingdom on 5 July 2019
Verified Purchase
I couldn't wait to read this book as the previous one was fantastic and I expected this story to be even better, instead I found it hard to read as the first 60% was mainly about torian baiting and manipulating anissa the FBI agent. There was no romance between cole and anissa except a bit Stockholm syndrome maybe? t
There was too much inner dialogue I felt some of it was needed for the story but at times it became too much that it became hard and boring to read. Then the story really picked up and it was really good and I was drawn in and I couldn't stop reading until I had finished. I hope there will be another book where they will get their HEA also I would like to read about Luka and his HEA.
I would have liked there to have been more romance and the characters dont have a HEA which was disapointing and I was left feeling WTF? Will there be another book with cole and anissa in so they get their HEA or not? I'm disappointed with this ending.
Read more
6 people found this helpful
Report abuse

Lauren
5.0 out of 5 stars I need more!!
Reviewed in the United Kingdom on 1 June 2019
Verified Purchase
Gah! This series is off the radar! I absolutely loved Hunter and Decker and Torian did not disappoint! He made me scream at him in one breath and then want to jump him in the next. I lived for this story along with all the twists and turns. It's most definitely the best so far and I need more!!!
Read more
4 people found this helpful
Report abuse

kazowi
3.0 out of 5 stars Dragged
Reviewed in the United Kingdom on 10 November 2019
Verified Purchase
What happened? I enjoyed the first two books but something went terribly wrong with this one. I was expecting this book to outshine the previous two but I found it really hard work to connect with. Cole didn't come across as the hard mafia boss as indicated in the previous books. I found the story very weak and unbelievable. The constant bickering that went back and forth between the main two characters was exhausting and boring. I'm not going to bother continuing with this series.
Read more
2 people found this helpful
Report abuse

carmen paterson
5.0 out of 5 stars OMG
Reviewed in the United Kingdom on 3 October 2020
Verified Purchase
I love this series, love the characters and the story line, it's a must read💛, going to get my teeth into saviour, then I hope I can finish the story of Torian and Annissa
Read more
One person found this helpful
Report abuse

Amazon Customer
5.0 out of 5 stars Loved it, must read
Reviewed in Canada on 8 June 2019
Verified Purchase
Thoroughly enjoyed this book. Loved the characters and storyline.
Would have liked the ending to get the happily ever after, but it was still good.
Read more
Report abuse
See all reviews
Back to top
Get to Know Us
Make Money with Us
Let Us Help You
And don't forget:
© 1996-2021, Amazon.com, Inc. or its affiliates