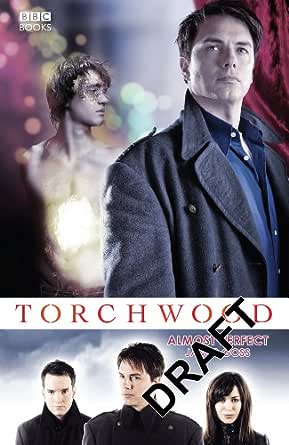 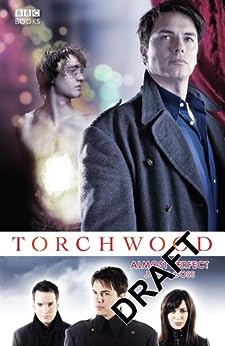 The ninth novel in the bestselling Torchwood range from BBC Books --This text refers to an out of print or unavailable edition of this title.

James Goss spent seven years working on the BBC's official Doctor Who website and co-wrote the website for Torchwood Series One. In 2007, he won the Best Adaptation category in the annual LA Weekly Theatre Awards for his version of Douglas Adams' novel Dirk Gently's Holistic Detective Agency. --This text refers to an out of print or unavailable edition of this title.

Paul Tapner
4.0 out of 5 stars Miss Jones
Reviewed in the United Kingdom on 12 March 2018
Verified Purchase
An original novel based on the tv show Torchwood. Teling an all new story for the characters that never appeared before this in any other medium.

As with all Torchwood, it's strictly adults only. This has more adult moments than even usual.

It runs for two hundred and fifty pages. It's divided into many short unnumbered chapters. They all just have titles that describe the action in the chapter instead.

It's set somewhen after season two of the tv show, as you can see from the cover and how many of the cast it shows.

In addition to the usual characters, this also focuses on a lady called Emma. Who is thirty. Single. And still looking for mister right. When she comes across a strange device that talks to her and says it can do whatever she wants to make things perfect, she finally seems to have a chance.

Meanwhile strange things have happened to a ferry and it's passengers.

And even stranger things have happened to Ianto. Who has no memory of what happened to him on a certain night. And why he now has the body of a woman.

He has a lot to learn about the opposite gender...

A very quirky read in it's style, and it's appealing from the off for how it tries to do something different. And it does go to great depths to describe many personal things for the characters. But since they're acting like that rather than investigating things, it's entertainingly different. Some of the humour of Ianto's problem is genuinely funny, but sometimes it doesn't quite come off.

For the first hundred pages whilst this is a fun read because of all the above, it's also not the fastest. But after that it really turns into a clever book indeed. Because although many disparate things were going on to begin with, everything does come together. And it's quite superb and very clever at how it does that.

It does have great moral points to make about our quests to be perfect and to find the perfect partner, and these can set you thinking on those subjects.

And the ending wraps it all up very nicely for all concerned.

Just short of a five star read because of some of the humour that doesn't come off, and it may be that the style and subject matter of this is an acquired taste. But I liked it a lot. So well worth four stars.
Read more
Report abuse

stargirl
5.0 out of 5 stars Torchwood book. 9
Reviewed in the United Kingdom on 4 October 2017
Verified Purchase
Just finished all most perfect. The best book yet it takes a long time to read if you want to understand it . But I will definitely read again
Read more
Report abuse

Ellie
5.0 out of 5 stars Excellent
Reviewed in the United Kingdom on 23 May 2014
Verified Purchase
I sadly lost my original copy of this story and decided to buy a new copy! It's a favourite of the first 15 Torchwood novels!!
Read more
One person found this helpful
Report abuse

ronnifano
5.0 out of 5 stars Fav book
Reviewed in the United Kingdom on 14 October 2016
Verified Purchase
Loved it brilliant
Read more
Report abuse
See all reviews
Back to top
Get to Know Us
Make Money with Us
Let Us Help You
And don't forget:
© 1996-2021, Amazon.com, Inc. or its affiliates