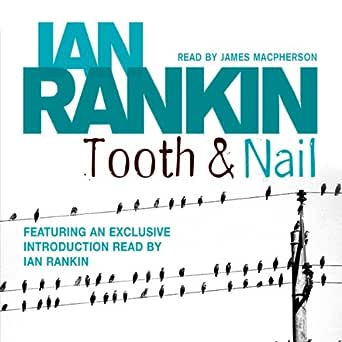 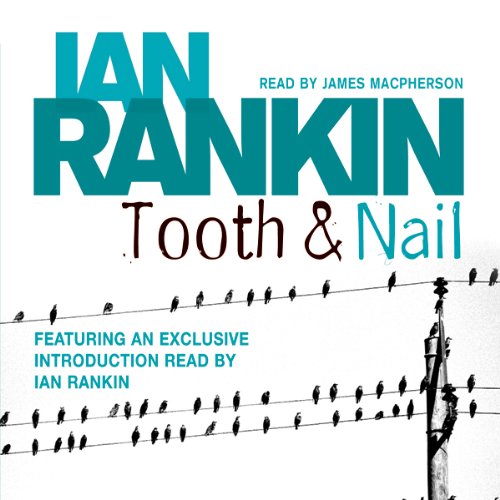 Diana
5.0 out of 5 stars Could not put this down
29 April 2017
Format: Kindle EditionVerified Purchase
I have read most of the Rebus books, over the years, and was prompted to read one again, the first Rebus, Knots and Crosses, as part of a weekend "10 page turners... " for $0.99
It was so good I am now going through the series again. They do not have to be read in order. Each book stands alone as a great story.
This book was great. A true "page turner" and the Rebus character and the players around him, so well drawn.
If you love a good plot, suspense, and a build up to a frantic ending where you are hoping Rebus prevails, then you have to read this book. You won't be disappointed.

Glenn McCulloch
4.0 out of 5 stars A different story location but in the end the same Rebus!
16 February 2015
Format: Kindle EditionVerified Purchase
As an expat Edinburgh man having lived in Australia for over 40 years, I always relish the thought of a Rebus book. The sentimental journey through all the old streets, the Oxford Bar, the slang, and of course Rebus himself. My father was a Detective most of his life with the Lothian & Borders Police, so I am very familiar with St Leonards, Gayfield Square, Fettes, and all the other stations.

It was therefore with some dismay, that I realised that this book would not only have no Farmer Watson, or DS Siobhan Clarke, it would also be missing all of the favourite haunts. My normal practice of visualising Rebus in his various circumstances would be gone.

I read through the book as usual hardly being able to put it down as the story moved through the varying aspects of the case, with Rebus being typically, well Rebus even though he was supposed to be like a fish out of water in London. Despite the many difficulties presented to Rebus, he showed again that a good copper can operate well in any circumstances.

Ian Rankin again has shown why he has been so successful with Rebus. The only reason I gave 4 stars instead of 5 was that for my own likes, I dearly love the cases built around Edinburgh with DS Siobhan Clarke involved as she adds an interesting dimension to the books.

I just hope that Ian Rankin keeps writing Rebus books. I do not care how long they have been going for, I just want them to continue.

Todd Simpson
TOP 100 REVIEWER
5.0 out of 5 stars An Excellent Story
6 February 2020
Format: Kindle Edition
An Excellent book, and very well written. I’m a big fan of the character John Rebus and Ian Rankin has done a fabulous job with each story. I like that each book is so different from each other, however the characters background and storyline is continued in each book.
Detective inspector John Rebus had been requested to assist in London in tracking down a serial killer. With the bodies pilling up and the British Police not getting any closer to catching the killer they have sort out the one detective with the experience of successfully catching a serial killer in the past. Not that John thinks he’s going to be much help, but he’s not one to back out of a case once he’s started an investigation. This is certainly a book that I would strongly recommend. It’s well worth a read. 5/5 Star Rating.
Read more
Helpful
Comment Report abuse

Margaret M M.
5.0 out of 5 stars Great reading
10 September 2019
Format: Kindle Edition
Loved the Edinburgh he describes the changes from old to New
most cities go thru this but his is so well descibed
Read more
Helpful
Comment Report abuse
See all 5 customer reviews
Write a customer review
Get FREE delivery with Amazon Prime
Prime members enjoy FREE Delivery and exclusive access to movies, TV shows, music, Kindle e-books, Twitch Prime, and more.
> Get Started
Back to top
Get to Know Us
Make Money with Us
Let Us Help You
And don't forget:
© 1996-2020, Amazon.com, Inc. or its affiliates