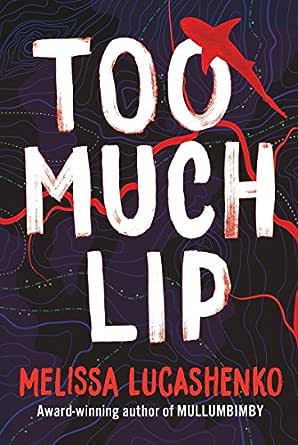 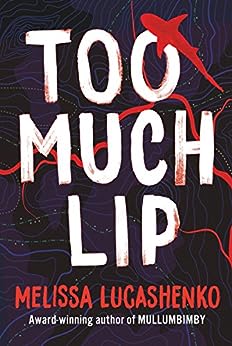 Too Much Lip Kindle Edition

A dark and funny new novel from the multi-award-winning author of Mullumbimby.

Melissa Lucashenko is a multi-award winning Goorie writer. Her 2013 novel Mullumbimby was awarded the Deloitte Queensland Literary Award for Fiction, won the Victorian Premiers Prize for Indigenous Writing, and was longlisted for both the Stella and Miles Franklin awards as well as the Dublin IMPAC Literary Prize 2015. Melissa was awarded the 2016 CAL Fellowship to work on her new novel, Too Much Lip, out in 2018.

Melissa is a Walkley Award winner for her non-fiction, as well as a founding member of the prisoner's human rights group, Sisters Inside. She writes passionately about ordinary people and the extraordinary lives they lead.

Snapdragon
TOP 50 REVIEWER
5.0 out of 5 stars Powerful story of contemporary Aussie Aborigines
Reviewed in Australia on 24 August 2018
Format: Kindle EditionVerified Purchase
For white Australians this will be a hard book to read. It lays bare the legacy of white domination over the country’s original inhabitants. Melissa Lucoshenko doesn’t pull her punches when describing the effects of violence, abuse, poverty and alcohol. It’s gut-wrenching and so sadly predictable, given white culture’s assumption of superiority, and the means of force to impose it. There’s a great scene at a party visited by cops where the Aboriginals savagely - and effectively - mock the evils of white society.

On the other hand, it’s also a story that shows us how Aborigines relate to land, to country, and how important family is. The country in question here is a river bend in northern NSW where there’s an island known as Ava’s Island, after an ancestor who birthed a child there after fleeing would-be captors. It’s a very lively story with a battle for land at its heart that makes for gripping reading. Corrupt mayor Jim Buckley wants to make a lot of money selling off the riverbank near Ava’s Island for a prison. Lucoshenko has us barracking hard for Buckley to get his comeuppance.

One of the great things about this book is the cadence of Aboriginal speech, which is very distinctive and uses native words. (Crows are called waarks - a terrific word that accurately describes their cries.) Another is the description of Uncle Richard and others conducting deep emotional healing for scarred people as unpleasant revelations are made. We know now that abuse lives on through generations. I especially liked the idea that there doesn’t necessarily have to be forgiveness, just an agreement to go on living together. This is a really compelling story that all Australians should read. It’s often grim, but often funny and hopeful too. The “Too Much Lip” of the title refers to feisty Kerry, who loves to ride her Harley motorbike.

D. Hawthorne
TOP 500 REVIEWER
5.0 out of 5 stars Excellent Novel Written with Restrained Fury
Reviewed in Australia on 23 December 2019
Format: Kindle EditionVerified Purchase
The writer's style can be summarised as: "Too much lip, her old problem from way back. And the older she got, the harder it seemed to get to swallow her opinions. The avalanche of b******t in the world would drown her if she let it; the least she could do was raise her voice in anger. Give the a********s a blast, then stand and defend, or else run like hell." (Kindle location 2,909)

An example of the writer's fury is: "Pretty Mary held his gaze and very nearly smiled at Ryan’s masterful extraction of victimhood from her story. That took some front, that did." (Kindle location 2,351) This is the essence of the whole novel. The author is able to covey the restrained anger of Aboriginals against White Australians in this one paragraph.

The style of the book is accessible to most readers. The author ably conveys a potent expression of the Aboriginal experience to white readers.

If you want to understand why an Aboriginal would want to punch your face, you should read this book.

Jim KABLE
TOP 50 REVIEWER
5.0 out of 5 stars Uncovering Truth - Shaking the Tree
Reviewed in Australia on 9 August 2018
Format: Kindle EditionVerified Purchase
Raw complex hurt - and healing. This fictional story is - as the author states for those who think otherwise - based on matters and experiences that have happened! And for anyone who has read the histories and the Stolen Generations and the reports - nothing of the human tragedy recounted here should be a surprise. But what is extraordinary is the novel by a marvellous writer and story-teller - Melissa Lucashenko.
Read more
One person found this helpful
Helpful
Comment Report abuse

Ms Theodora R Chapman
3.0 out of 5 stars A family drama with an unusual setting
Reviewed in Australia on 7 March 2020
Format: Kindle EditionVerified Purchase
Indigenous Australia is something of a mystery to many non-Indigenous people and so the setting and language of this story provides a glimpse into the customs and challenges faced by remote communities.

The story itself feels a little contrived at times but the characters are well sketched and a lot of issues are touched on, mostly ones that are universal rather than Indigenous.

The writing is plain, rather than literary, so it’s appeal should be broad.
Read more
Helpful
Comment Report abuse

Indiranda
4.0 out of 5 stars Brave and strong writing
Reviewed in Australia on 17 November 2019
Format: Kindle EditionVerified Purchase
Lukashenko provides a strongly layered story of a family whose members are all affected by violence and a strong notion and sense of being poorly treated by society. It is a very readable book that although portrays harsh violence in both a family setting and also between Aboriginal and non-Aboriginal people gives the reader plenty of moments of humour. Levity is provided through Lukashenko's ear for dialogue and humour. I do not agree with other reviewers who claim it is a humourous book though as the violence is dreadful and I don't think should ever be excused with witty repartee. The darkly disturbed character of the eldest son of the family is someone no-one would ever want to meet let alone have to spend time with and Lukashenko tend to dismiss his terrible treatment of his mother, sister and son as something that these people will overcome with humour and love from someone else. Her protagonist is wholly unbelievable but the reader loves following her.
Read more
Helpful
Comment Report abuse
See all reviews from Australia

Steve
5.0 out of 5 stars Insightful and Entertaining
Reviewed in the United States on 7 September 2019
Format: Kindle EditionVerified Purchase
I enjoyed the story. Nice to get an Indigenous point-of-view directly. Well-constructed narrative.
Read more
Helpful
Sending feedback...
Thank you for your feedback.
Sorry, we failed to record your vote. Please try again
Report abuse

Roseanne
5.0 out of 5 stars Well worth the read
Reviewed in the United States on 30 December 2019
Format: Kindle EditionVerified Purchase
Capitvating story of a complicated family that left me glad to have read this story and walked with them thankyou
Read more
Helpful
Sending feedback...
Thank you for your feedback.
Sorry, we failed to record your vote. Please try again
Report abuse

John Gartner
3.0 out of 5 stars Slow start
Reviewed in the United States on 3 January 2020
Format: Kindle EditionVerified Purchase
Took to long to get into what became an interesting story, if a little idyllic.
Read more
Helpful
Sending feedback...
Thank you for your feedback.
Sorry, we failed to record your vote. Please try again
Report abuse