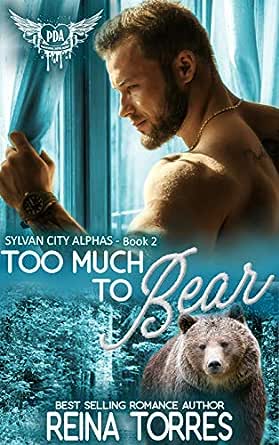 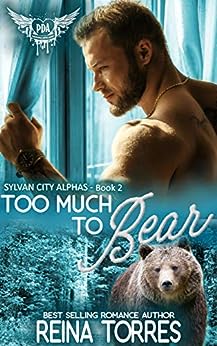 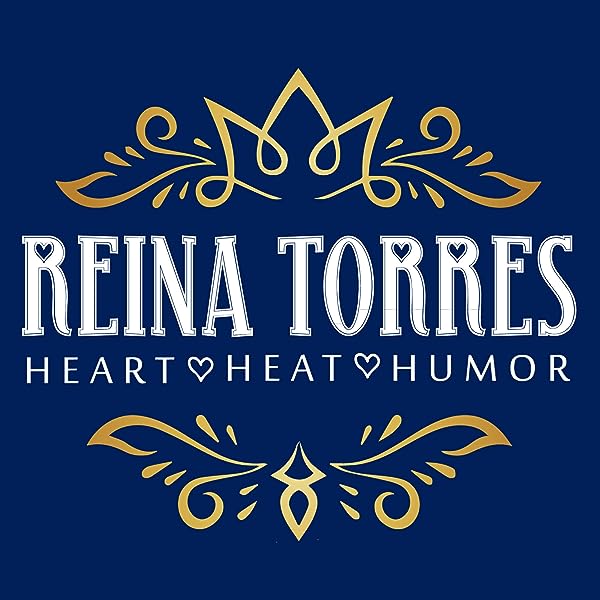 Too Much Too Bear: Paranormal Dating Agency Kindle Edition

Meet the handsome Boone Wayland. Boone has a secret. He's a shifter, along with being a problem solver, and a protector. However it didn't always go in that order. Only when Boone had finally decided that he wanted to find his mate, Boone knew that there was only one place to go. That was the Paranormal Dating Agency which is masterfully run by Gerri Wilder. Boone had visited the website in what would seem the few minutes that Boone had managed to take back control of his computer from the teenage shifters he fostered. Boone then read a number of her reviews…Well if he was honest he would have said he'd read all of the reviews. Boone then contacted the Agency to see if they could set something up because it was the boys that Boone was thinking of.
Well, Mostly.
Well, Partly.
Okay, not really.
He wanted a mate.
Boone was soon hungry to hold her really close to him, anything to make her smile, Oh and best of all is that Boone wants to lose himself in her eyes and her sexy body for the rest of his life.
For Boone when it came to finding a mate; also with the responsibilities of a store to run and a crazy houseful of shifter teenage boys to raise. It made the traditional role model of ‘dating’ nearly and very impossible.

Luck would have it and it seemed like a Hail Mary and even a miracle to pass that one might make in a sporting game. There was really only one thing that Boone didn’t have in his life and that was time. Boone made a decision there and then and he picked up the phone and asked Gerri for her help. Boone rang before he could change his mind.

The beautiful Willa Barnes. Willa had always wanted a family so bad that she could almost taste it. The question she had to ask herself is would her future be as sweet as all the delicious fruit pies that she was known for at her boyfriend’s Diner? Is the answer now within Willa's reach?

Then Charlie did the one thing that hurt Willa but she was strong enough to pull through it. What happened that day was before Charlie ran off with another of the hostesses at the diner, leaving Willa to watch the and run the diner while he was away on his honeymoon in the city of sin better known as Las Vegas.

After Willa's favourite customer has heard about Willa's woeful story; Willa's favourite customer had such a crazy idea. It was strange and fate if you could call it that but he knew a matchmaker. Let me rephrase that a extremely that feisty matchmaker; who may just know the perfect man for sweet Willa.
The only thing that Gerri won't tell Willa is that Boone well lets just say, he’s not just a 100% red blooded man.

Willa is excited and extremely fascinated by the idea of meeting with a hunky bear shifter. Not only does it entail not just becoming a wife, and mate too Boone that’s what the offer on the table is. Boone’s got a whole bunch of crazy teenage shifters boys that are waiting for Willa too. They are wanting her to be their mom. Can Willa cope with a house full of men?

Can Willa handle this crazy but ‘insta-family’ life? Or will it push her and Boone apart? Is it what Willa really wants or will the reality of it all be Too Much to Bear?

SLF
5.0 out of 5 stars Can't wait for the next in the series
Reviewed in the United States on 16 January 2018
Verified Purchase
Willa and Boone belong together. She is a loving, caring person who wants a family. She worked hard, helping her jerk of a boyfriend get ahead and he paid her back by running off with another woman. She is put in touch with Gerri Wilder of the Paranormal Dating Agency who matches her with Boone. If you haven't read the Paranormal Dating Agency books they are great. Most are written by Milly Taiden. Boone was introduced in the Howls Romance "The Tiger's Innocent Bride" and is a wonderful guy. Boone owns a hardware store and fosters teenage shifter boys. He wants a mate and uses Gerri to find one. I loved the connection between Willa and Boone. They were so sweet together. This book had humor and caring people who love not only their "mate" but also have hearts big enough to love a bunch of boys that need a family. I can't wait to read the next book in the series. Hopefully there will be more of this fabulous family in there.
Read more
2 people found this helpful
Report abuse

L8dyknightkc
5.0 out of 5 stars Great and cute book!
Reviewed in the United States on 12 February 2018
Verified Purchase
Willa is the cook at Charles' diner with her boyfriend Charles who become her ex. He tells her that he is leaving to Las Vegas with the hostess name Marie instead of her. She also has to run the restaurant by herself until he comes back and he had plan to change it. Willa probably had looked for chef job some other restaurant. One of her regulars, he tells her about Gerri Wilder who lives in his apartment building and she comes to th diner to ask what she was in a guy. She just wants to take care of people, have kids, and cook people some good food.
Boothe have successful hardware store and he have taken in four or five teenager boys that had no way to go. He wants to find his mate which is hard with teen bear shifter boys under his roof. Boothe knew once he met Willa that she was his mate. They both instantly attractive for each other. Willa always wanted to have kids and a big family. She was excited to see his house, his store and his boys . Does the boys become too much for her? Boothe and Willa are cute together and they are both are so kind.
Read more
3 people found this helpful
Report abuse

Kindle Customer
5.0 out of 5 stars sexy, sweet and laced with a lot of humor
Reviewed in the United States on 10 January 2018
Verified Purchase
This story has one on-screen sex scene and no f-bombs, although Cage really wanted to. If open-door sex (nothing kinky) will cause you to leave a bad review, that scene is easy to skim over.

The story between Willa and Boone was really sweet and laced with a lot of humor. I liked that they actually built up their relationship instead of having that insta-bond that most shifter fics have. Although Boone knew instantly that she was his mate, they actually got to know each other and spent time together before they bonded and I really loved that. I also loved the group of teen shifters that make up Boone's rag-tag family, they were fabulous.

The foreshadowing for Cage's story was awesome and I cannot wait to see that big, burly man brought to his knees.

I would recommend this book to anyone who enjoys shifter books, or anyone who enjoys a really sweet (and sexy) romance story between two lovable characters.
Read more
One person found this helpful
Report abuse

PJD
5.0 out of 5 stars Fairytale Romance
Reviewed in the United States on 20 January 2018
Verified Purchase
This reads like a romantic and sexy fairytale. This is a shifter romance. Boone has foster/adoptive sons and he is looking for a mate. Willa wants gentle and caring husband and a family. They are a perfect match. Boone is kind and caring so protective of Willa. Willa is gentle and loving. Willa loves taking care of and especially cooking for Boone and his boys. I love the interaction between the boys and Willa. Prior to reading Reina's books I had never read a paranormal romance. If you have never read paranormal romance. I totally recommend you try one of Reina's books.
Read more
One person found this helpful
Report abuse
See all reviews
Get FREE delivery with Amazon Prime
Prime members enjoy FREE Delivery and exclusive access to movies, TV shows, music, Kindle e-books, Twitch Prime, and more.
> Get Started
Back to top
Get to Know Us
Make Money with Us
Let Us Help You
And don't forget:
© 1996-2020, Amazon.com, Inc. or its affiliates