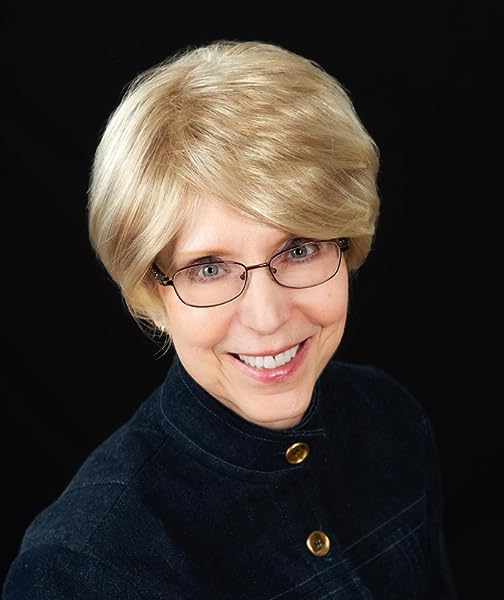 by Amanda Cabot (Author)
4.7 out of 5 stars 172 ratings
See all formats and editions
Sorry, there was a problem loading this page. Try again.

Page 1 of 1 Start overPage 1 of 1
Previous page
Next page
Start reading Tomorrow's Garden (Texas Dreams Book #3): A Novel on your Kindle in under a minute.

4.7 out of 5 stars
4.7 out of 5
172 global ratings
How are ratings calculated?
To calculate the overall star rating and percentage breakdown by star, we don’t use a simple average. Instead, our system considers things like how recent a review is and if the reviewer bought the item on Amazon. It also analyses reviews to verify trustworthiness.

Heather B
5.0 out of 5 stars Best of the Series
Reviewed in the United Kingdom on 20 April 2015
Verified Purchase
In this final outing to Ladreville Ms Cabot has brought her readers a straight up sweet romance. Harriet Kirk arrives in town as the new schoolteacher, complete with a family of younger siblings in her care. Sheriff and mayor Lawrence Wood has been disappointed in love and is really not quite sure if he wants to stay in his post any longer than he has to. The two inevitably meet and love blossoms against the backdrop of small town life. There is also a lovely romance for two secondary characters, as well as the opportunity to catch up with many of our favourite Ladreville citizens. I really enjoyed this book, and, in my opinion, it's the best of the series.
Read more
Report abuse

S Cartwright
5.0 out of 5 stars Fantastic end to a great trilogy.
Reviewed in the United Kingdom on 16 February 2014
Verified Purchase
I have enjoyed all three books but I think Tomorrow's Garden had been the best. I had tears in my eyes at the end. The Christian message running through it added to the story. There were twists and turns that kept me guessing to the end. I am sorry to reach the end of this trilogy but I have really enjoyed it.
Read more
Report abuse

Jo
5.0 out of 5 stars Lovely series of books
Reviewed in the United Kingdom on 11 December 2013
Verified Purchase
Lovely series - enjoyed it a lot I enjoy the fact that the books can be read on their own or you can read more about the same people from other perspectives in the series.
Read more
Report abuse

wiltshire lass
4.0 out of 5 stars Worth reading the series
Reviewed in the United Kingdom on 9 July 2013
Verified Purchase
read the series and they made delightful hoiliday reading. Found them by all by accident and it was a good accident!
Read more
Report abuse

M Carley
5.0 out of 5 stars Texas Dreams #3
Reviewed in the United States on 28 March 2016
Verified Purchase
This is the third book in the Texas Dreams trilogy. The first book is called Paper Dreams, and the second is Scattered Petals.

Harriet has come to Landreville with her siblings to start over as the town's new teacher. She's escaped the town of Fortune and the painful reminders it holds. After a failed courtship and watching her brother get into trouble, she's hoping for a new start.

Lawrence is the mayor and sheriff of Landreville. He has a lot on his plate, but doesn't plan on staying beyond his six-month contract. The town only holds embarrassing reminders for him, but when he starts spending time with Harriet, his head tells him he doesn't want a ready-made family, but his heart wants to be with her.

As time passes, Harriet has to deal with more suitors, past and present. She's also seeing a change in some of her siblings - one for the better in her sister, and one for the worse with her brother. When her brother gets in some serious trouble, Lawrence has to uphold the law while Harriet worries about what the town will think.

This is a pretty good book - one you can read as a stand alone or out of order in relation to the others in the series. You'll get updates on the characters from the other two books, but if you haven't read them you won't feel lost.
Read more
Report abuse
See all reviews
Back to top
Get to Know Us
Make Money with Us
Let Us Help You
And don't forget:
© 1996-2021, Amazon.com, Inc. or its affiliates