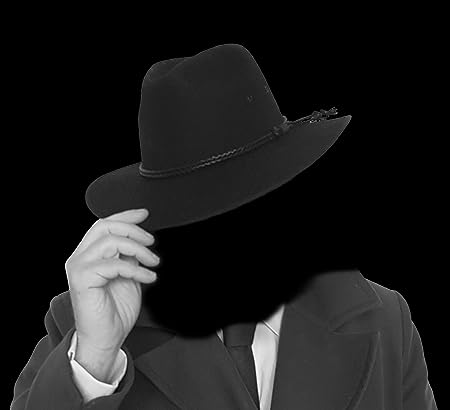 Tom was born and raised on the south coast of England before moving abroad in the '90s. Since then, he has lived in a number of countries and is always looking for that 'perfect place' in which to finally settle down. He's currently living in Armenia and is more than happy to wait while you hunt for it on Google Maps.

"Even a steamy scene can have a moment of mirth," he says, over-alliterating as usual.

A lover of cats, Tom currently has two of the 'street' variety, neither of which loves him enough to do more than shred his clothes, furniture, or skin (depending on the time of day) or barf in those special places that only his bare feet will find. They are considerate that way.

His search for a two-legged companion has, so far, come to nothing - a phrase which pretty much sums up his love life! 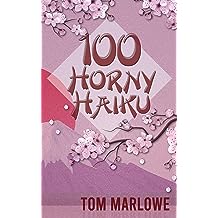 Haiku - It seems like such a simple structure - until you start to write one, that is.

Derived from 17th-century Japanese poetry that was formed as a protest to the elaborate poetic traditions of the time, a western haiku, is commonly a three-line poem consisting of five, seven, and five syllables respectively. It rarely rhymes or has a title, usually has a nature-related motif, and is a snapshot into a wider, untold story - the original soundbite, if you will. There is a serenity and simplicity about them that many find soothing.

A word of warning - These are somewhat different.

Whilst many do retain a link to the artistic side of nature, most catch a glimpse of baser, but no less natural events - those things done by most people, but which usually go unseen by the non-participants. Some are loving, some are coarse and some, of course, are both.

With 100 haiku in this anthology, you can either read it cover-to-cover or simply dip in at any time and grab a moment or two.

They have no order.
They are not grouped or compiled.
A drifting journey. 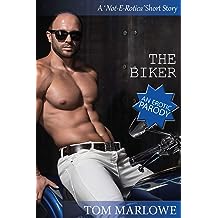 THE BIKER
When a biker bikes his bike into the asphalt-covered parking lot of the chrome-plated diner, the girls inside all go crazy with desire. However, only one will be chosen for a two-wheeled tryst that will have them riding each other into the sunset of the nearest motel bedroom.

DISCLAIMER:
Whilst this is a parody, it still contains strong language of a sexual nature. This is definitely NSFW, NSFYG and possibly NSFAOAND either. If you need help with any of these acronyms, please DM the author!

*Only because nobody else will!
Read more
Other Formats:: Paperback
includes tax, if applicable 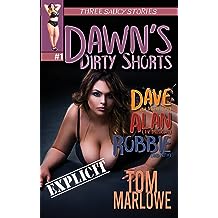 Dawn's Dirty Shorts: A Bundle of Erotic Escapades (Dawn and Dirty) 12/12/2020
by Tom Marlowe
$9.78
Dawn at her Best. Now you can read Dawn's first three encounters in one volume.
DAVE (or maybe Dan)"He looked like a Dave, possibly a Dan. Something beginning with D, anyway. I spotted him as soon as I entered the pub. In the same way that every guy can hone in on us girls when we accidentally flash our knickers or bend over in a low-cut top, my internal radar can pinpoint a man-doll from a hundred paces. Saying that it was hardly a clever catch amongst the regulars of my local pub."
ALAN (the musician)"The far end of the long pub was sectioned off by a couple of wooden rails and two low steps. It usually held the jukebox and several more tables and chairs. However, whenever the pub had a live band, this area was cleared and the band would set up there, under the glare of a couple of coloured spotlights.
Tonight was one of those nights."
According to the poster on the entrance, we were going to be entertained by a local student band called Def Leppelin. No prizes for guessing what we were going to be subjected to…
ROBBIE (and Ruth)“Yeah, so we were sitting in the window of the little cafe, stuffing our faces on cakes and guzzling pots of tea when some rando walked by, paused, and stared in at us. Ruth gave a little gasp and immediately (and very enthusiastically) waved at him. He raised his hand in response, pointed at her plate or pastries, and wagged his finger in admonishment. 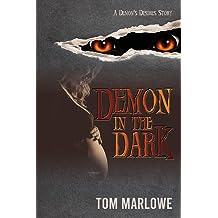 Graygaxx: a bored, unhappy Demon looking for a new fun diversion.
Graygaxx yawned and absent-mindedly tossed another soul into the nearby pond. The viscous black surface erupted as the creatures within fought over the essence of the unfortunate human whose only failure had been to turn a blind eye to her boss’s fraudulent activities.

Ellie: a young woman, hell-bent on becoming pregnant.
The young woman rolled onto her back and stared blankly at the ceiling. She couldn’t explain why, but something inside her needed to get pregnant. It was an urge she’d been resisting for a couple of years but had recently taken control of almost every aspect of her waking life.

DISCLAIMER:
This book contains strong language and scenes of a sexually-explicit nature. 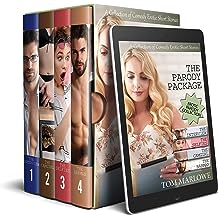 We all know it's out there, we've all come across it, and we've all read it - or at least some of it.

Many of us have fallen victim to the poorly constructed, mass-produced erotica that floods the lower end of the market. Don't get me wrong, there are many great, low-priced indie books out there, but for every gem that we find, we've had to plough through a plethora of plop to find it.

The Not-E-Rotica parody series celebrates those volumes that are filled with continuity errors, biological inaccuracies, anatomical impossibilities, ill-researched backstories and sexual unattainability that make reading hard at best. If they are the truly terrible ones, then they are usually unintelligible, often unfathomable and certainly unfinishable.

THE INTERVIEW
This story of a seductive CEO who seduces her interviewee seductively (well, you’re getting the idea already) may not guarantee arousal, but I hope it will, at least, leave you with a smile on your face that is as big as the interviewee's.

THE SELFIES
Have you ever been on the receiving end of an inappropriate selfie? This woman did, and the results are... well, pretty much expected, considering this is a parody series.

THE BARMAN
Take one handsome alpha male barman, add a half-decent party-goer and a generous dash of sex and you've got one stiff... erm... drink! 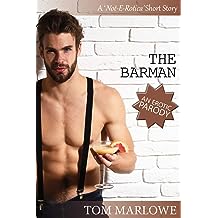 THE BARMAN
When you mix a cocktail containing a buff Alpha barman, an attractive client, Happy Hour and the vacant manager’s office, you know it’s going to be an intense, intoxicating combination of subtle flavors, culminating in an explosion of sensual sensations.

Unless, of course, it’s a parody! 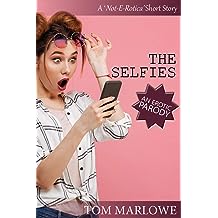 THE SELFIES
When he accidentally texted me looking for his friend, I didn't know what to say or how to react. When he then sent me nudes, I knew exactly how to behave. That was the start of my interactions with Josh, an unnamed stranger with whom I shared a particular intimacy.

What is Not-E-Rotica?
You've all read poor erotica, but have you ever seen purposefully poor erotica that makes a point of presenting itself full of tired tropes, anatomical inaccuracies and incorrect terms?

The Not-E-Rotica series is designed to offer 'terrible' prose in a light, comedic way. If you're looking for a fun fifteen-minute read, then look no further. 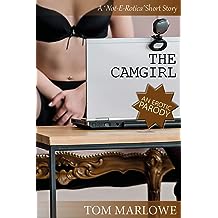 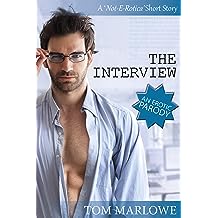 THE INTERVIEW
This is the tale of a life-changing interview that turns into a power-play between the CEO and her male interviewee - the story of a seductive CEO who seduces her candidate seductively.
OK, you got me! It's not quite that serious. So what happens is they meet, start the interview and they get up to "naughty stuff" pretty soon after that!

What is Not-E-Rotica?
Let’s be honest, it’s out there. Poorly constructed, mass-produced erotica that floods the market.
To honour it, this parody series is designed to collect those continuity errors, biological inaccuracies, anatomical impossibilities and ill-researched backstories and present them in a light, humorous way.
If you're looking for a fun fifteen-minute read, then look no further. 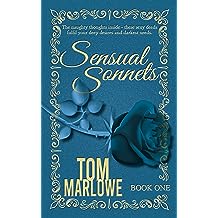 Sensual Sonnets 09/07/2020
by Tom Marlowe
$4.36
A collection of 24 sexy, passionate, funny and thought-provoking sonnets for every mood.

Although they existed before his time, sonnets are mostly associated with William Shakespeare, who is credited with writing 154 of them. Their fourteen-line format of three quatrains and a rhyming couplet lend themselves well to a short, romantic outburst - their very nature ensures that the writer cannot go on to much or get too flowery.

That said, it is surprising what you can get into fourteen lines when needed.

Sonnets are, as I am sure you know, usually associated with romance and love, making them a perfect format for ‘Sensual Sonnets’, which is a very modern take on those themes. The poems might be sexy, sensual, raunchy, comedic or even sad, but one thing that they all have in common is their main theme. 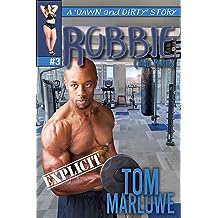 “Yeah, so we were sitting in the window of the little cafe, stuffing our faces on cakes and guzzling pots of tea when some rando walked by, paused and stared in at us.
Ruth gave a little gasp and immediately (and very enthusiastically) waved at him. He raised his hand in response, pointed at her plate or pastries and wagged his finger in admonishment.
Ruth went bright red, giggled and raised her hands, shrugging her apology.
The guy waggled his finger once again, shook his head mockingly and, with a final wave, hurried off.
Still red-faced and smiling, Ruth lifted her half-eaten eclair, glanced out of the window and stuffed it into her mouth.
“What?” she spluttered, sending a stream of choux pastry across our table.”

Saturday afternoon with my best mates can become something far more interesting than a few hours of retail therapy. Tea and cakes at our local cafe the other day is one such example.

Once I’d seen Robbie, I knew that he was ‘the one’ - well, the next one, at least! A decision that made our next encounter something far more interesting (and surprising) than an over-stuffed eclair and a pot of weak tea.

DISCLAIMER:
This book contains strong language and scenes of a sexually-explicit nature. 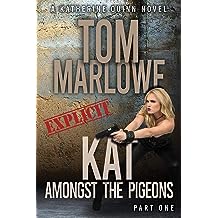 Kat is a straight-talking, no-nonsense girl who likes nothing more than good wine, a good book and a good screw (not necessarily in that order)!

However, her lacklustre FWB situation with Colin (the cosplaying nerd who lives in the apartment downstairs) is almost as dull as her job at the local marketing company and as annoying as her all too ‘hands-on’ boss!

Fortunately, she has her ever-growing collection of antique Victorian erotica to keep her amused.

Unfortunately for her, she is not the only one interested in her expensive collection of first editions.

The first in the Katherine Quinn series, Kat Amongst the Pigeons is a lively, sex-charged crime romp that features the most unlikely heroine that anybody has ever (literally) come across.

DISCLAIMER:
This book contains strong language and scenes of a sexually-explicit nature.
Read more
Other Formats:: Paperback
includes tax, if applicable
Back to top
Get to Know Us
Make Money with Us
Let Us Help You
And don't forget:
© 1996-2021, Amazon.com, Inc. or its affiliates