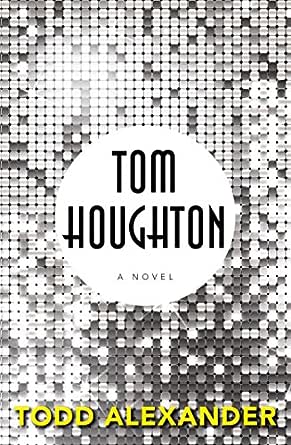 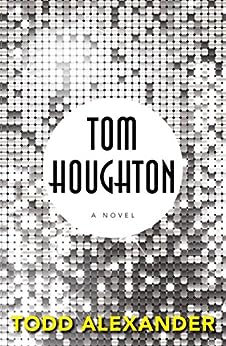 Todd Alexander has been writing for over twenty years. His work has been published in magazines and period­icals and his first novel, Pictures of Us, was published in 2006, and Tom Houghton was published in 2015. How to Buy and Sell on eBay.com.au has sold in excess of 30,000 copies. In 2010, his advanced guide to eBay, How to Make Money on eBay was pub­lished, followed by Why Pay Retail (2011), Get Your Business Online. . . Now! and Every Day Internet at Any Age (both in 2012), The New eBay (2013) and Check 100: Tips for a Successful eBay Business (2014). He lives in the Hunter Valley of New South Wales with his partner where they run a boutique vineyard and accommodation business, Block Eight.
--This text refers to an alternate kindle_edition edition.

Veronica
TOP 1000 REVIEWER
4.0 out of 5 stars heartbreaking coming of age
Reviewed in Australia on 22 November 2015
Tom Houghton is narrated in two time frames. One being 12 year old Tom, a loner, constantly bullied at school but be it optimism or delusion he always feels certain he is destined for greater things. He is smarter than his peers, which also sets him apart. He lives with his mother, who is devoted to him but lives on a constant cycle of highs and lows and his Grandfather who thinks that Tom’s obsession with Hollywood is unhealthy but doesn’t quite know what to do with him. The other narrator is 40 year old Tom, a stage actor and star in his own right, heading on a path of self destruction while still trying to find his place in the world.

Young Tom’s narrative is heart-breaking. You can’t help but feel endeared to him. He is highly intelligent and still has an innocence about him, a naivety. While reading this story I internet searched the photo of Thomas Houghton Hepburn that Tom refers to on occasions and, when its finally revealed, the costume that Tom is so excited about wearing to his school. These photos give such good visuals to go with the story.

The grown up Tom was very hard to like. He was nasty and a real diva constantly on a path of self destruction, destroying friendships by his insults and drunken behaviour.

The story is not full of bullying and drunken outbursts. There are some endearing moments, especially with the characters of Mal and Hanna.
Mal and Hanna would have to be my favourite characters and two very important people in Tom’s life. Mal understands young Tom and accepts him as he is. Hanna doesn’t take any nonsense from grown up Tom. She sticks by him but tells him when he has messed up. She is straight to the point and honest.

The story touches on topics of bullying, family, friendship, love, acceptance, forgiveness, the pressures of needing to conform to a society standard and how our environment when we are young has an effect on who we will be later in life.

With thanks to Netgalley and the publishers for my copy to read and review.

Amandajane
4.0 out of 5 stars A book of what it means to be different
Reviewed in Australia on 27 October 2015
Tom Houghton by Todd Alexander was an absolute delight to read, that will pull at your heart strings. The story is told from two alternating narratives, Tom Houghton as an adult, the other himself as a 12 year old boy. Through his story as a child we come to understand how Tom became the adult he is today.

As a boy growing up in the 1980's Tom lives in the Western suburbs of Sydney with his mother and grandfather. To say that Tom's family is dysfunctional would be an understatement. He is obsessed with Hollywood particularly the Silver Screen of the Golden Age and Katherine Hepburn is his favourite actress. Tom is a lonely boy with no father, no siblings and no friends, who is struggling with his sexuality. Tom is bullied relentlessly because of not fitting into the world of football and rough housing. To cope with the stress of bullying and his home life, he spends his time cutting out pictures from magazines and cataloging all of Hollywood's Stars. He is living in a world of dreams that are reaching the point of delusion as an escapism from his heartbreaking reality. The lonelier he becomes, the more obsessed he becomes with Katherine Hepburn and what he learns about her will change Tom forever.

As a man, Tom is certainly not the beautiful young man full of optimism and hope that we met as a child. It seems in many ways the years have broken him down. He has a younger boyfriend but his insecurities and doubts about himself are destroying the relationship and all that it could be. He is a stage actor who is bitter and seems jealous of fellow colleagues accomplishments. Tom is an alcoholic and not a pleasant one at that. As such, sadly he is not reaching his full potential as either and actor or as a man.

Tom needs to revisit himself as a boy to heal the man. It is only then will he understand just who is Tom Houghton.

Alexander has written a story, that reminds us of what it is to be human and that it okay to be different. We need to learn to love ourselves and others for exactly who they are. It also never hurts to remind people that any type of bullying is never okay. It is a book I would love to see in high school libraries.

4 out of 5 stars
Read more
One person found this helpful
Helpful
Report abuse
See all reviews
Back to top
Get to Know Us
Make Money with Us
Let Us Help You
And don't forget:
© 1996-2021, Amazon.com, Inc. or its affiliates