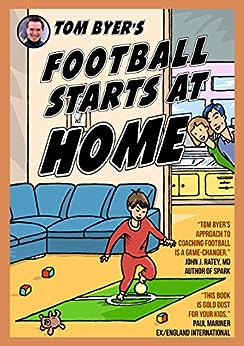 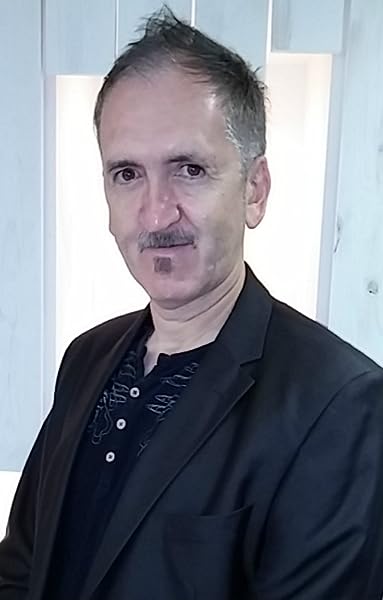 by Tom Byer (Author), Fred Varcoe (Author) Format: Kindle Edition
I've known Tom Byer for 25 years and over those years we've talked a lot of football. In that time, he's focused his coaching skills on children and reached the point where he is, without any doubt, one of the world's leading thinkers on teaching children the technical skills of football. This book should be bought by every parent in Britain, Canada and the United States – countries where I've had involvement with football – and beyond to understand what a child who likes football can learn and how they can learn. It's not a textbook; it's a guide. It's a philosophy that is so basic and so true it's just amazing that it's taking so long to be recognized. Many people in football still don't get it.
I've been involved in football as a player and coach for over 40 years, so trust me when I tell you that this book is gold dust for your kids.

Fred Varcoe was born in London and grew up in the west of England. After working in London for part of the government, he lived in, or spent extended time in, Saudi Arabia, Spain and Thailand before settling in Japan and becoming the Sports Editor of The Japan Times. After 15 years at The Japan Times, Fred moved on to other things, including becoming Sports Editor and auto writer at Metropolis magazine, establishing an internet project with Nissan, writing and editing for J. League team the Yokohama F. Marinos and the Japan Football Association, writing for Billboard magazine and working with the International Volleyball Federation. His first solo book is 'The Dark Side of Life in Japan' and he is co-author of 'Soccer Starts at Home' with Tom Byer. He also edited and helped publish 'Passion,' the autobiography of former Japan national team coach Philippe Troussier. He lives near Tokyo with his wife and daughter, neither of whom share his passion for golf and heavy metal music.

Mario
5.0 out of 5 stars Simple but effective
Reviewed in Australia on 6 February 2020
Verified Purchase
I've been using the principles explained in this book for my young children and the results are clear to see. I agree 100% with Tom's philosophy because both boys enjoy playing with the ball in the house, and they won't break anything either!
Read more
Helpful
Report abuse

Amazon Customer
5.0 out of 5 stars Brilliant philosophy on developing technical skill
Reviewed in Australia on 16 April 2017
Verified Purchase
Tom points out the floors in current technical development in players and how parents play a crucial role in developing their kids skills. Mums and dads, you need to let the kids play with the ball inside - no kicking required!
Read more
One person found this helpful
Helpful
Report abuse
See all reviews

⭐👑
5.0 out of 5 stars Come on INDIA Let's Football ⚽
Reviewed in India on 27 August 2019
Verified Purchase
Great Book for Parents and Coaches for understanding the psychology of the Child and it has helped me to understand the child growth and how can i help them to learn the basics of football. My favorite paragraph from the book is that we have same brain to learn piano, maths and to play football.
Thank you Tomsan Byer ⚽👌🙏
Regards,
Shubham Singh