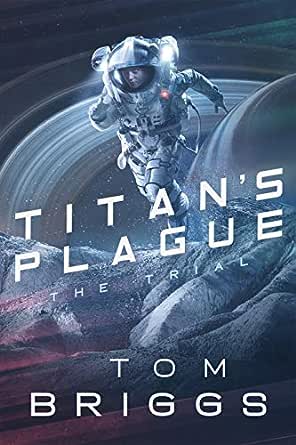 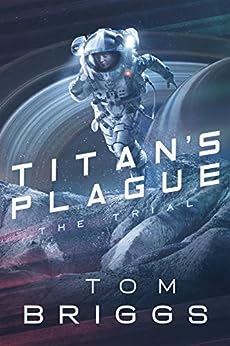 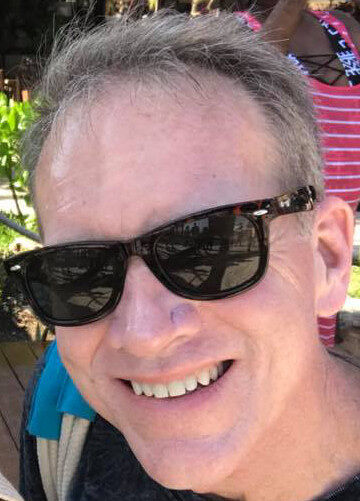 BookLife
5.0 out of 5 stars What a ride!
Reviewed in the United States on 19 October 2020
Verified Purchase
Titan’s Plague: The Trial is an intense and intelligent science fiction adventure; one where the setting is as vast as the storyline is engaging. Author Tom Briggs flips all the right switches for fans new and seasoned to the genre.

Earth-born protagonist Pati was married to a space-mining exec from Saturn’s moon, Titan; married to him, that is until she accidentally killed him. Her fault or not, the consequences of what she’s done are now unfolding.

As captivating as the plot is, with its twists and surprises, it is the depth with which author Briggs has crafted the backdrop and characters—Pati in particular—that endows this skillfully portrayed solar system with the human touch to captivate readers. You’ll be rooting for Pati with every brisk turn of the page, through action and drama, until the thrilling conclusion that is sure to leave you begging for the next installment in the series.

What I personally liked the most was how author Briggs’ manages to achieve the right balance of scientific plausibility without derailing the story or getting bogged down in too much detail.

Fans of the Expanse or of other high-stakes, visionary space-operas will love Titan’s Plague, as will anyone with a craving for fast-paced, character-driven plots over grandiose backdrops.
Read more
Report abuse

Randa L.
5.0 out of 5 stars Great book from new author Titans Plague by Tom Briggs
Reviewed in the United States on 13 October 2020
Verified Purchase
Can't wait to read the other books in this series. If you like Space Sci-Fi or just starting out reading the genre this book is the set up for the rest of the series. The story is about Pati an earth girl from Ireland married to a man from Titan whose family runs and ice mining company, therefore, very influential and important. Pati with earth gravity accidently kills her husband starting a chain of events which includes a rigged trial and aliens that are even alien to the planet. She escapes with her lawyers' earth husband which is where the next book will pick up. Will definitely read the sequels. The only issue I had was sometimes sentence flow was choppy and extra words used to limit the flow of the story. This was more in beginning. Great start for new author and look forward to seeing what else Tom has in store for Pati.
Read more
Report abuse

patrick doyle
5.0 out of 5 stars Love this book! Easy reading and couldn’t put it down!
Reviewed in the United States on 14 August 2020
Verified Purchase
Great read! Couldn’t put it down!
Read more
One person found this helpful
Report abuse
See all reviews
Get FREE delivery with Amazon Prime
Prime members enjoy FREE Delivery and exclusive access to movies, TV shows, music, Kindle e-books, Twitch Prime, and more.
> Get Started
Back to top
Get to Know Us
Make Money with Us
Let Us Help You
And don't forget:
© 1996-2020, Amazon.com, Inc. or its affiliates