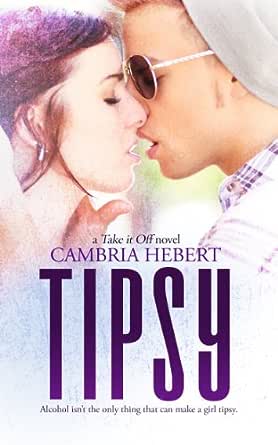 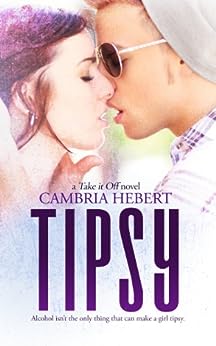 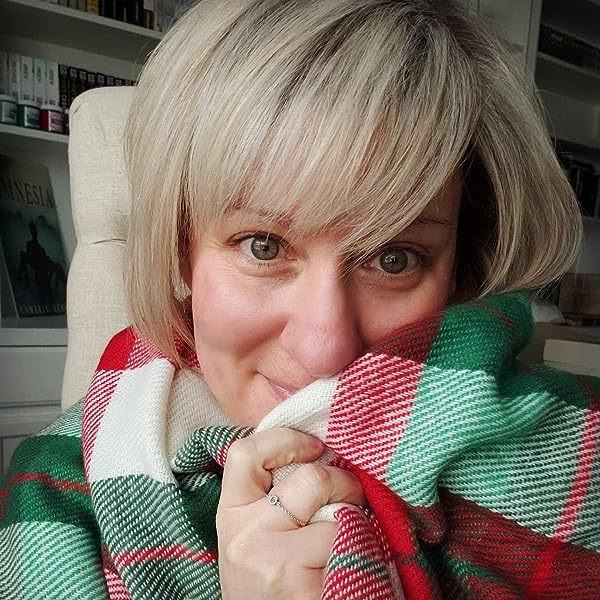 Alcohol isn’t the only thing that can make a girl tipsy.
Julie Preston is an artist. But her canvas isn’t paper or clay. It’s hair. She spends her days coloring, blow drying and styling her clients hair at the Razor’s Edge salon. Julie is also annoyed. She went out on a date and had a great time, gave the guy her number and the jerk never called.
So when he waltzes into the salon and sits down in her chair she briefly considers strangling him with the pink cape she fastens around his neck.
Too bad she can’t.
Blue Markson, the guy who never called, is a police officer so causing him bodily harm would be a first class ticket into the slammer. Just looking at him again makes Julie forget why she was mad in the first place, but she’s already learned that Blue is nothing but heartache. So when he starts coming around, acting like he hadn’t made her stare at the phone for days, she tries to brush him off.
Only…
Her life is about to blow up in her face, she’s about to get caught up in a sticky web of crime and the one guy who can help her is the one guy she vowed never to trust again.

Zelks86
5.0 out of 5 stars Love it!
12 December 2013
Format: Kindle EditionVerified Purchase
I love this series. Always such a good read. I can wait for the next one. Keep em coming Cambria!
Read more
Helpful
Comment Report abuse
See all 1 customer reviews
Write a customer review

eBook Addict
4.0 out of 5 stars 4.5 stars - Hebert delivers again.
10 February 2014 - Published on Amazon.com
Format: Kindle EditionVerified Purchase
For the most part, I've really been enjoying Cambria Hebert's "Take It Off" series. The stories are entertaining, sexy and come with a dash of mystery. There's nothing particularly complex or challenging in these tales; more the delivery of feel-good entertainment that's well-written, if slightly cheesy at times. I liken it to visiting your favourite take-away when you're hungry and can't be bothered to make the effort to try out a new, fancier place. You know what you're getting - it's good, satisfying fare that hits the spot, even if it's a little predictable.

This is a story about a nice girl, Julie, who meets a hot cop, Blue, who must then go undercover. Not surprisingly, obstacles to their relationship abound. The book is very much focused on their relationship and on the case Blue is working. For anyone with inside knowledge of how law enforcement works, there are a few moments you'll need to suspend your disbelief, but on the whole it works well enough.

There is plenty of sexual tension, but only one full-on intimate scene; however, I didn't feel the book lacked as a consequence of that. I think there would have been credibility issues with the whole storyline if they were finding time to go at it like rabbits while Blue is working the bad guys. Instead, Hebert has relied upon dual viewpoint and snippets of snappy dialogue to keep the emotions humming along.

In "Tipsy", the author has created two very likeable characters. I would put Julie and Blue as a close second to the characters she created in "Text" and it's interesting to read in the Acknowledgements that these two stories were written almost concurrently, despite the idea of "Tipsy" being conceived many years before. I'm glad Hebert left it until now to write this story, because I think she is improving all the time.

Definitely looking forward to "Tricks", the first chapter of which is provided at the end of "Tipsy". Keep 'em coming, Ms Hebert :)

Maryann Jordan
5.0 out of 5 stars Cambria - you've got another hit!!
13 December 2013 - Published on Amazon.com
Format: Kindle EditionVerified Purchase
Tipsy was a fabulous, entertaining book. It is well written, the dialog is witty, the story is original, the characters are engaging… I loved it! You wonder if Julie has the worst luck or if perhaps it is actually Blue that down on his luck. They meet, go out on a wonderful date and then – nothing. Julie doesn’t realize that Blue gets called to go undercover and he cannot contact her. He is finally able to ask her out again and then he stands her up – yes, he is back on his undercover case. They are both so likeable that you really want them to get their HEA, which they do. But not before she manages to get right in the middle of his drug-busting case. “It was there in the middle of a drug bust that my happily ever after began.” I have to say that the scene where she attacks him (she does not realize he has come into her house) with a pink razor is hilarious! I think this quote sums up the story beautifully:
“You’ve never called, you stood me up, you ‘broke’ into my house, and you’re hardly ever around…But I can’t quit you.” “You strapped a pink cape around my neck, come up with the most ridiculous plans I’ve ever heard, have managed to drag yourself into a drug war, but I can’t quit you either.”
Kudos, Cambria – you have another hit on your hands!!
Read more

Reading as much as I can
4.0 out of 5 stars Fun, predictable, cute, sexy - just plain enjoyable
17 December 2013 - Published on Amazon.com
Format: Kindle EditionVerified Purchase
Julie Preston is a hair stylist (she cuts hair for a living) and on her way to work, she meets super sexy police officer, Blue Markson. yes, his name is Blue. Chemistry explodes between the two and they go on a date right away.
Fast forward a couple of months and Julie runs into Blue again.
She's pissed because after the first date, he never calls her again. Yet here he is, waltzing into her place of business and casually asks for a haircut.

The book follows their relationship as he attempts to win Julie back and she works on trusting him.

Overall, this book is super silly. Silly from a plot perspective. (oh, and it's funny too. I like Julie, she's sassy). Blue is funny too - super over confident in his looks and sexuality.
The plot is just eye rolling sometimes. Too many coincidences. How she doesn't get herself killed. How he didn't end up killed. Both are just very lucky.
Ending wrapped up incredibly easily.
You REALLY have to check your brain at the door.

But for some reason, as silly and unbelievable as the plot was- I still enjoyed the book. Didn't hate the plot enough to put the book down and walk away. I liked Julie and Blue and wanted to see them get their HEA. I was interested in reading the dialogue, follow their relationship. It was fun.

I would recommend this book for someone who wants very little depth to their plot. No angst. Just a fun romp through some attempts at high crime drama (but it really isn't) and a couple that fight their attraction, but lose.
They get their HEA with no cliffhangers.
Read more
Go to Amazon.com to see all 91 reviews 4.3 out of 5 stars
Get FREE delivery with Amazon Prime
Prime members enjoy FREE Delivery and exclusive access to movies, TV shows, music, Kindle e-books, Twitch Prime, and more.
> Get Started
Back to top
Get to Know Us
Make Money with Us
Let Us Help You
And don't forget:
© 1996-2020, Amazon.com, Inc. or its affiliates