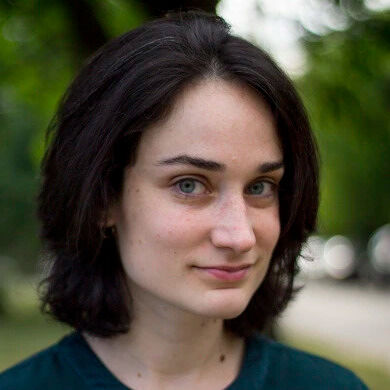 by Allison Epstein (Author)
4.1 out of 5 stars 127 ratings
See all formats and editions
Sorry, there was a problem loading this page. Try again.
Read more Read less
Previous page
Next page

"Epstein presents Marlowe as supremely capable, something of a trickster, a consummate liar, a fiendish lover - and someone capable of murder . . . The suspense is palpable, as is the sense of doom, as Marlowe finds himself in thrall to a devil's bargain."
--The New York Times Book Review Allison Epstein pens a vivid, unforgettable hero in Kit Marlowe, Elizabethan playwright-turned-spy always sprinting one step ahead of disaster and talking a blue streak as he does so. Recruited by Elizabeth I's spymaster to infiltrate the cabal of Mary Queen of Scots, Kit finds his conscience tested to the limit even as his heart yearns for an unattainable beloved. A Tip for the Hangman is simultaneously moving, unsettling, hilarious, and tragic--a debut that will linger long after the last page is turned.
--Kate Quinn, New York Times bestselling author of The Alice Network [Epstein's] fizzy debut is a Tudor espionage tale, set among spies close to Mary, Queen of Scots. One of them is Christopher Marlowe, whose spy work bankrolls a rather promising theater career. It's more of a clever Netflix binge than a Hilary Mantel historical masterpiece -- and that's perfectly fine.
--The Chicago Tribune, 25 Books We Can't Wait to Read in 2021 In Epstein's fun, irreverent debut, [Christopher Marlowe] takes center stage in a spy thriller. The real Marlowe's plays were incredibly popular in his time, due to his use of exciting plot twists and lots of murder. Epstein presents Marlowe's story here as the playwright may have told it himself: full of adventure, fun . . . and murder.
--BookRiot Epstein's debut is a clever concoction of genres, with a generous helping of historical fiction, espionage, class critique, and theatrical flair. . . Epstein vividly conjures up the world of Elizabethan theater, building off details of the scene's wild history, and adds on top a genuinely compelling spy story, creating an exuberant, irreverent romp through literary history.
--Crime Reads "A Tip for the Hangman draws you into a morally convoluted world of spies, treason, politics, romance and murder. With a witty, captivating protagonist and fast-paced adventure, it's the sort of book you should never pick up before bedtime lest you look out the window to see the sun rising. This is easily one of 2021's best historical fiction books to date.
--The Michigan Daily

Stunning. With wit and humor, Epstein expertly weaves in authentic social, political and religious details, creating a compelling and evocative story that soars. Fans of thrilling historical fiction will be highly engaged by this fast-paced read.
--Susanna Calkins, author of the award-winning Lucy Campion historical mysteries Debut author Allison Epstein delivers an absolute tour de force. This masterfully researched, beautifully written novel takes the reader inside the spy networks, taverns, theatres, and halls of power of Tudor England, with the irreverent Christopher Marlowe as our guide. Epstein is a talent to watch!
--Alyssa Palombo, author of The Borgia Confessions Allison Epstein's imaginative take on Christopher Marlowe is virtuoso on many levels. Her London is perfectly rendered in all its pungence and pageantry. But the double-crossing, the moral ambiguity, and the bloodlust all give fresh legs to a literary mystery that has as much Philip as Kit Marlowe in it.
--Lee Irby, author of Unreliable

Epstein's diverting debut gallivants through Elizabethan England . . . a fun escapade.
--Publishers Weekly "[T]hrilling and romantic . . . Epstein successfully evokes both the beauty and the brutality of 16th-century England."
--Historical Novel Society Exceptional, highly entertaining. . . this wonderful debut novel is solid escapism at its best.
--Lansing State Journal "Anyone who likes Elizabethan bad boys, theater, spies, high intrigue, suspense, and sex is going to be delighted by A Tip for the Hangman. The writing goes down like a pint of good ale on a hot day and the characters are excellent company to enjoy it with. Christopher Marlowe himself would have loved it. I certainly did.
--Delia Sherman, author of The Porcelain Dove The Christopher Marlowe book we've been waiting for! Here is the sexy, witty, self-destructive genius who can't stay out of trouble, blazing through an Elizabethan period that comes vividly to life in Epstein's well-researched novel. Epstein's sentences shine, with nothing fussy or 'Ye Olde' about them. More than once I was stopped dead by a sentence that nailed me in my tracks with its insight and clarity."
--Ellen Kushner, author of Swordspoint A historical thriller filled with spies, royal secrets, and deadly intrigue.
--The Young Folks

ALLISON EPSTEIN earned her MFA in fiction from Northwestern University and a BA in creative writing and Renaissance literature from the University of Michigan. A Michigan native, she now lives in Chicago, where she works as a copywriter for clients in higher education and the arts. When not writing, she enjoys good theater, bad puns, and fancy jackets. A Tip for the Hangman is her first novel.

Andy
5.0 out of 5 stars A brilliant historical adventure!
Reviewed in the United Kingdom on 16 July 2021
Verified Purchase
This is such a fantastically well-written novel. The characters are brilliantly drawn and a real pleasure to spend time with. It's a book with a lust for adventure and an energy as restless, and spirited as Marlowe himself. I must say, it's exciting to see a North American writer being this sort to life with such a rich and authentic representation of time, place and dialogue. It feels kind of effortless and always sure footed. I'm gushing, but I genuinely have loved this book. HIGHLY recommended and deserves a bigger audience here in the UK.
Read more
Report abuse

Jordan
5.0 out of 5 stars Thoroughly Enjoyable Read!
Reviewed in the United Kingdom on 16 March 2021
Verified Purchase
An historical thriller of the best kind. Epstein thoroughly immerses the reader in the Elizabethan time period & takes you along for a really exhilarating ride. Had to ration the number of chapters I read each day so I wouldn't finish too quickly!
Read more
Report abuse

Sahin1112
5.0 out of 5 stars Fantastic
Reviewed in the United Kingdom on 27 March 2021
Verified Purchase
A brilliant book The characters really draw you into their life. The kind of book you want to keep reading but you don’t want to finish
Read more
Report abuse

HW
5.0 out of 5 stars Laughed and cried
Reviewed in Canada on 23 March 2021
Verified Purchase
This book is witty and tragic and so well written. Kit is also one of the best characters I’ve read in a long time - I was so immersed in his story that I kept having to remind myself that he’s not real, that this is fiction (though based on historical fact). All around an excellent read and I’d highly recommend it to historical fiction lovers and fans of witty narrative. Also fans of crying.
Read more
Report abuse

Amazon Customer
3.0 out of 5 stars it's fiction...
Reviewed in Canada on 10 July 2021
Verified Purchase
it has all the historical characters, but it's fiction.....so it has the usual level of improbability!!! Bit of a romp....no bad!!!
Read more
Report abuse
See all reviews
Back to top
Get to Know Us
Make Money with Us
Let Us Help You
And don't forget:
© 1996-2021, Amazon.com, Inc. or its affiliates