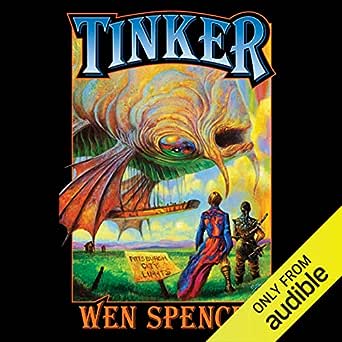 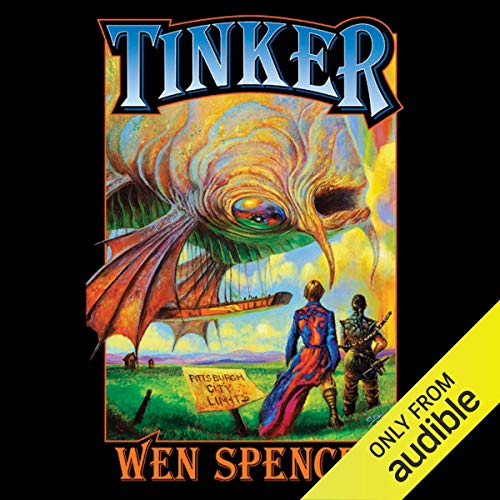 4.6 out of 5 stars
4.6 out of 5
177 global ratings
How are ratings calculated?
To calculate the overall star rating and percentage breakdown by star, we don’t use a simple average. Instead, our system considers things like how recent a review is and if the reviewer bought the item on Amazon. It also analyses reviews to verify trustworthiness.

Amazon Customer
5.0 out of 5 stars Loved it
Reviewed in Australia on 3 April 2020
Verified Purchase
Tinker is brave and smart but not great at relationships & unsure of her own attractiveness. It's refreshing for the heroine to not be perfect and makes her more relatable & likeable. You really root for her to win. The weaving of Japanese & Chinese myths into the story makes it more interesting. Can't wait to see what happens in the next book.
Read more
Helpful
Comment Report abuse

Kindle Customer Sands
TOP 500 REVIEWER
5.0 out of 5 stars Amazing
Reviewed in Australia on 22 April 2018
Verified Purchase
Stunning visualisation of a reality that draws you in and compels you. I want to be Tinker. A fabulous blend of science and fantasy. Characters with depths to enthrall.
Read more
Helpful
Comment Report abuse

Leiah
5.0 out of 5 stars Science and Magic - Oh, My!
Reviewed in Australia on 16 July 2015
I have to say, when I saw this book listed, I forget where, I thought it might not be all that much, but it was at hand, so I picked it up. Oh. My. God. I could not have been more wrong, or more happy to be so.

“Tinker”, and the follow-up, “Wolf Who Rules” are extraordinary. The concept of science as the foundation of magic is one I have always wished someone would write about – and Spencer does it in a believable, extremely well developed, and well written manner. I picked up the book for an ‘easy’ read, and within a few pages was totally hooked.

Admittedly, I am a sucker for BOTH fantasy and science books. The “multiverse” and “bubble universe” studies, as well as the whole concept of quantum physics, fascinates me. No, I am not a scientist, never got to learn, but I can still read about it, right? Many authors use alternate universes to base their stories. Spencer takes it further, placing her stories in a possible future, where layers of universes flow-through to a possible future Earth we all recognize. And set in Pittsburgh, no less? Ok, you write about the city you know, and even though I laughed when I read where it was set (who would think Pittsburgh for a land of fairie?) Spencer really makes you feel like you are there, walking the streets of Pittsburgh, that you know the people she writes about. And she makes you really care about them.

Tinker is fascinating. In a way genetically engineered to become the creature of her grandfather’s dreams, she is a genius at mathematics and mechanics in a Pittsburgh moved to a land of magic. Good hearted, down-to-earth, intelligent, and smart as a whip, she is a perfectly realized character, with enough confidence in herself to be strong, and yet not a total screaming bitch as some authors like their heroines to be. She knows that she is not always right, is often unsure of herself, but still takes care of business, taking care of the people who depend on her for their safety and their own. She takes physical change, pain, and uncertainty and becomes the stronger for it. She never gives up who she is – amazing given the situations she finds herself thrown into with no preparation, no training, and socialization to the laws and goals of the group she suddenly finds herself a part of. Kudos, Ms. Spencer, for a beautifully developed group of characters, firmly based in both fantasy, and reality!

Tinker’s grasp of technology, as well as her grasp of magic theory and the integration between the two makes this a fascinating new meld of my two favorite fields. Thank you, Ms. Spencer, for writing wonderful characters!!!!!

Samrosie
5.0 out of 5 stars Terrible cover, great book
Reviewed in Australia on 8 April 2015
Tinker is a great female lead and the premise for the story is interesting
The sequels are good but not great , unfortunately

ChrisDB
5.0 out of 5 stars A good urban fantasy whose female lead isn't a suicidal homicidal maniac
Reviewed in the United Kingdom on 25 October 2014
Verified Purchase
I really enjoyed reading this book and the two subsequent books in the series. I like books where people are thrown in at the deep end - another world, another culture, and that's what this is. 'Tinker' has to adapt to an unexpected and very different social role, and reading about her doing it is fun. I was so drawn in by her viewpoint that I read the book more or less in one sitting.

One thing I liked about Tinker as a main character is that, despite her tendency to mad science, she seemed a bit less 'chip on the shoulder' insane than a lot of female (urban) fantasy characters. There is a very common recipe for urban fantasy with a female lead: populate the world with neanderthal men who want to 'look after her', give her a huge chip on her shoulder, a very violent disposition, a complete inability to cooperate with others and a suicidal streak, and then fill in the blanks. I've read this kind of story so many times, and it's getting to the point where I can't bear to read this stupid story anymore. Luckily I don't feel like the author in this case did this, and that alone makes this book a good read.

In terms of bad things about the books, I'd say there were too main ones:

- as other reviewers have mentioned, the very creepy family friend who was 'waiting until she was legal' to ask her out on a date at the beginning of the book. And even more creepy, that Tinker saw nothing wrong with it and actually went on a date with him. I can forgive this though as the book quickly moves on from there.

- As the series go on, the author makes her main character a bit too special. Tinker is a bit of a mad scientist, and for me that was special enough. But the series slowly moves in the 'child of prophecy' plus generally all round amazing person direction, which was a bit much for me.

If possible I would have given the book 4.5 because of these minor points, but Amazon doesn't let me and I prefer to round up rather than down.

Kindle Customer
5.0 out of 5 stars Couldn't put it down
Reviewed in the United Kingdom on 11 September 2018
Verified Purchase
Absolutely Fantastic! Full of intrigue, learning, action, love and adventure. Tinker is an absolute genius and can do anything she puts her mind to.
Read more
Report abuse

Jill Hughes
3.0 out of 5 stars More characterisation needed
Reviewed in the United Kingdom on 4 January 2013
Verified Purchase
The characterisation was very poor - one never really got to know the characters. Tinker herself has more substance than the others, Windwolf was more of a cutout cardboard figure, and the relationship between him and Tinker was not convincing. The story itself was imaginative and enjoyable.
Read more
Report abuse

Trace Smith-mcquillan
5.0 out of 5 stars Enjoyable
Reviewed in the United Kingdom on 24 May 2013
Verified Purchase
Great fantasy with a touch of romance, can't wait to read the rest. Love a string female heroine, but with a differnce as she's not the usual fighter but has the brains over brawn thing going. Worth a read, will def be reading the rest of the set.
Read more
Report abuse

TimC
4.0 out of 5 stars Stick at it, you won't be sorry!
Reviewed in the United Kingdom on 2 April 2015
Verified Purchase
Confusing on first reading, all becomes clearer as the series continues. Then on re-reading a great start to a great series. Much more coherent than her Amerindian dog-alien 'Ukiah' storylines
Read more
Report abuse
See all reviews
Get FREE delivery with Amazon Prime
Prime members enjoy FREE Delivery and exclusive access to movies, TV shows, music, Kindle e-books, Twitch Prime, and more.
> Get Started
Back to top
Get to Know Us
Make Money with Us
Let Us Help You
And don't forget:
© 1996-2020, Amazon.com, Inc. or its affiliates