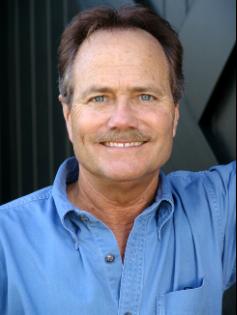 by Jon Provost (Author)
4.8 out of 5 stars 60 ratings
See all formats and editions
Sorry, there was a problem loading this page. Try again.
Read more Read less
Previous page
Next page

4.8 out of 5 stars
4.8 out of 5
60 global ratings
How are ratings calculated?
To calculate the overall star rating and percentage breakdown by star, we don’t use a simple average. Instead, our system considers things like how recent a review is and if the reviewer bought the item on Amazon. It also analyses reviews to verify trustworthiness.

Jae Hee
4.0 out of 5 stars But why are the photos so small?
Reviewed in the United States on 2 February 2018
Verified Purchase
This kept growing on me as I kept reading and ended up thinking they very effectively gave me a crash course in another world, one so unlike my own. I don't think one can expect much more from a celebrity autobio. At first, I visually was distracted by the many different quotes and voices that tell the stories; the fonts were confusing, and sometimes I could not keep track of who it was that was giving there side of the story. But I got used to the font switching and started thinking really, what better way is there to rapidly get across a whole little world than giving the same event told by many different players. Very nice. And then I also started realizing something amazing. I have no idea if this was an intentional feature of Jon Provost or his writer wife, or "somehow" this emerged, but at first Jon Provost seems to narrate events almost the way he seems to have lived his early life - he just went through one thing after another - not much reaction, just did the thing, then moved on, did the next thing, and so on and on and on. that's how the book narrates as well! But then all of sudden, there's a change of tone in the book, and he's reacting more- saying more what he likes, does'nt like about what others have said, his goals - and it corresponds to the point in his life where he started doing more for himself rather than just going with the flow. I think this was amazing. Maybe its just a natural reflection, but has a nice literary affect. Also succeeds in conveying without really trying why people liked him so much- seemed to be non-judgmental when talking to people, no strong reactions conveyed etc- just went along with stuff, so that usually is appealing to people.

Stylistically, at least the type was super black high contrast with the white, so that made it easy to read and forgive the fonts and picture issues and placements was not thrilled with. That brings me to the pictures. I would rather have just 10 full sized pictures than all those mini pics. They were too hard to see. For a while I was even using a flashlight, but was largely hopeless, especially those group shots with more than 2 people (or dogs) in a photo.

But enjoyed this and learned a lot and well written . Thanks Jon Provost and wife if you ever read these things.
Read more
3 people found this helpful
Report abuse

Ted Slupik
5.0 out of 5 stars Thanks for the memories!
Reviewed in the United States on 17 April 2018
Verified Purchase
Jon’s book is an amazing compilation of detailed memories; some from almost sixty years ago. Jon was in a place where time and destiny crossed and with so many memorable people with whom he had contact. The two most memorable of course were Lassie (mostly Baby) and Rudd Weatherwax. And no, Timmy did not fall down the well, only in the imagination of Hugh Reilly and June Lockhart. I chuckled to learn Lassie and Timmy made the least mistakes on the set, and most of the adult stars caused the retakes. There were also great stories about the four years’ of Christmas stories. Was it a coincidence that Laurie Jacobson came along and convinced Jon to write the book? I think not! I would recommend this book to any Lassie fan.
Read more
One person found this helpful
Report abuse

Hans Frankfort
5.0 out of 5 stars Reviewing the book "Timmy's in the Well" by Jon Provost
Reviewed in the United States on 26 February 2017
Verified Purchase
Mr. Provost wrote an excellent book how child stars were mistreated by the movie industry. These kids lost their childhood in order to entertain us, and they aren't any different than we were. I don't consider this to be a "tell all" book! I hope that child labor laws have improved in Hollywood, and they have a responsibility to help these youngsters assimilate back to society. This book was an eye opener for me. (I just heard that former child star David Cassidy is in the beginning stages of dementia at age 66...sad to hear and he is two years younger than I!)

Thank you for promptly delivering this book within a week after my order!
Read more
One person found this helpful
Report abuse

California Comedy Buff
5.0 out of 5 stars An Entertaining Look Inside the Life of One of America’s Most Successful Child Stars
Reviewed in the United States on 23 July 2021
Verified Purchase
I enjoyed this book very much. Besides learning about his own story, Mr. Provost has included mini-interviews throughout the book with actors, writer, producers, directors, friends and family, including many former child stars from his generation My only quibble is the photos included throughout the are sized too small to really appreciate them. On the plus side, he went out of his way to include so many of them. It’s also appreciated that he included as side notes the numerous promotional appearances that he made throughout his career. Written with warmth, honesty, and humor.
Read more
Report abuse

Ronald W. Szudy
5.0 out of 5 stars Warm Memories and Thanks Lassie, Timmie and Jeff
Reviewed in the United States on 13 December 2007
Verified Purchase
"Timmy's in the Well", the new book by Jon Provost and his wife, Laurie Jacobson, transports those of us "of a certain age" to a different place in time and memory. "Lassie" will always hold a special place in our formative years. This new book allows us to share in the making of a classic from the point of view of the young actor who was Timmy Martin. Mr. Provost pays warm tribute to the late Tommy Rettig and a dignified nod to the legendary Roddy McDowell who both preceded him as Lassie's young companion. This book is rich with the shared memories of many of Jon Provost's TV companions from a variety of now-classic shows that shaped a generation. In an honest manner, the pain as well as the joy of being "famous" youngsters sharing their youth with millions of others through the magic of 1950's/1960's TV is brought home. For all of you who, like me, not only remember but value those times in a world which seemed sweeter and safer--this book is well worth your time.
Ron Szudy
Read more
19 people found this helpful
Report abuse
See all reviews
Back to top
Get to Know Us
Make Money with Us
Let Us Help You
And don't forget:
© 1996-2021, Amazon.com, Inc. or its affiliates